Can We Use Lessons From Our Childhood Memories Of The 1971 War In This War Against COVID-19?

The social isolation, lockdown, and the war against the virus reminds this writer of the 1971 war she experienced as a child, and draws interesting parallels.

The social isolation, lockdown, and the war against the virus reminds this writer of the 1971 war she experienced as a child, and draws interesting parallels.

The year was 1971. My father was in the armed forces, and we were posted to a town in J&K, near the Indo Pak border. I was a small child, and my sister even younger. The war came. We did not know much except that our father stayed longer and longer at the office and later had night duty.

We used to go to school as usual. The only change in routine was that when the air raid sirens sounded, we had to quickly go to the trenches, jump in and sit quietly until the all clear blew. We had to either stuff a kerchief in our mouth, or bite down on a pencil between the teeth. This was for the possibility of a bomb falling in the vicinity, in which case, the tongue would get bitten in two due to the shock wave!

I remember: our exams were going on at that time. When the siren sounded, we would turn our “cardboards” with answer papers face down, and file quietly to our assigned trenches. It never occurred to anyone to cheat even—or maybe it was because the situation was so grave.

Hunkering down in the dark for safety

At night, we had blackouts—total darkness for miles around. The windowpanes of the houses were painted black, or were masked with black paper. If the air raid siren sounded at night, and we could not go to the trenches, we would huddle under a table or a door frame or in a corner of the room. It was impressed upon us continuously that not a speck of light should be seen. My father would explain to us that even the tip of a glowing cigarette could be seen by the enemy planes and would give away our location. This would then lead to bombing by the enemy.

My mother would sit outside with the other ladies who would be waiting for the Army mailman to bring messages from their husbands posted at the Front.

Vegetables and provisions came in trucks as ration. People collected groceries from there. We used to have dinner before sundown, so that even candles were not required to be used.

There were “uncles” we did not see again—they were taken prisoners of war.

Well, needless to say, we came out of that war triumphant. We won many other battles after that too.

War against a virus

Now in 2020, we are prisoners in our own houses, and people are bucking and filling at the thought. They are sulking like grounded teenagers. Trying to find loopholes to get out of the house. Hiding travel history. Hoarding. Irritable at having to do all the housework. Cribbing that some preferred items or brands are not available.

Meanwhile, the poor literally don’t know where their next meal is coming from. As I write this, a fresh wave of contagion threatens to become a tsunami.

Yet, this is not a “count-your-blessings” harangue.

Let us simply learn and practise self-discipline. It comes easy in the Army, because one is trained that way. So also celebrities in different fields. They have great bodies because they are disciplined in their diet and exercise. Musicians, dancers and sportspersons are at the top of their performance because of endless hours of practice.

Let us discipline ourselves. Let us do this bit for our country and ourselves. To quote Milton, “They also serve who only stand and wait.” And, I may add, “___who stay home”! 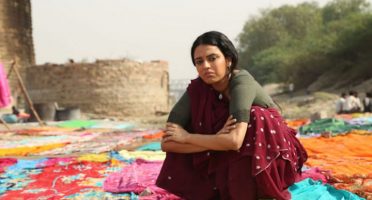 My Maid Is A Mother Too, But The Things She Had To Face...