“Men And Women Go Through The Same” – Do We?

For those men who think the world is completely equal and women are losers for talking of feminism - here is a reality check.

For those men who think the world is completely equal and women are losers for talking of feminism – here is a reality check.

Do your parents answer the doorbell every time you order something online because you have been once (or more) stalked by the delivery executives? Does your father escort you to the metro and pick you up just the same because there might be a lanky guy hovering around you as you cover the distance from your home to the station (or vice-versa) alone?

Do you sit in a cab sending the location to at least two of your friends along with your parents and still have to be vigilant at every turn, every moment, watching which direction the steering deviates to?

Do you keep your navigation on because the cabbie might abduct or even worse, take you somewhere secluded and rape you somewhere for you to not make it alive?

Do you lower your voice in an argument with the opposite gender only because the fear starts tingling up your nerves that they might get aggressive eventually and avenge your raised pitch, the whole damn quarrel, avenge you because you have ended up hurting their egos or worse, because they cannot tolerate you winning fair and square in a debate?

Do you walk through the street and clench your fists in fear, blended with reflexes of defense, every time a biker crosses by? Do you pretend to be on call when a car driven by a person of the opposite gender slows down only to show that you’ve got a back up, do you do all this and more to show a random stranger driving by that there’s someone on the other side of the phone tracking your location or actions; all this drama, the chaos, only to shoo away the man on the driver’s/ biker’s seat?

Do you change your path to take the main road or change your entire route, opt for a longer, public, crowded way only because there was a bunch of men on the previous road you chose?

You know what? I think this is the time, not like the time but more like THE TIME.

This is the time when you stop telling that everything’s equal and we go through the same and instead listen to me while I tell you why it isn’t, how it isn’t! Let me tell you what I see, but mostly, let’s talk about what I don’t see.

I don’t see a woman driver from a cab service stalking you or intimidating you about her knowing your address if you think of denying her cordial invite to befriend you. I don’t see you getting random threats that your ‘pride’ would be stolen from you, crushed and burnt only because your genitals are different than the other gender, which are considered comparatively more vulnerable and prone to being taken advantage of, likely to being considered synonyms to represent your ‘respect’ and ‘honour’.

I don’t see you crossing a subway and fearing being groped or getting up from a seat in daily transport because a man is touching the uppers of your thighs ‘unintentionally,’ because of the carrier being ‘too crowded.’

I don’t see you changing coaches or the entire metro only because there’s a creep observing your daily route, following you all the way home. You don’t turn your face away or pretend to dig into your phone when you find a gaze uncomfortable enough to make you anxious and eventually make you sweat.

I don’t see you getting off the elevator only because there is more than one person of the opposite gender, standing in the same squeezed space and you fear you’ll be smashed to its walls, ending up molested and emotionally broken.

I don’t see you having nightmares of being touched without consent or coming home to your parents abandoning you, being ashamed of you, because you have stained the sacred reputation of your family as you were being tormented, abused and being clawed upon.

I don’t see you fearing verbal, sexual, mental harassment as much as I see us having goosebumps about it.

And most of all, I don’t see you changing your route, routine, habits, or attitude because you anticipate being safe, because you want to be heard without being suppressed or denied consent from, because you want to have an equal say without any brutal repercussions of the rebellion. I do not see you indulging in thoughts about how you being yourself could be a catastrophe and cost you your life or worse, your breathing corpse as you are shredded into pieces, bit by bit, emotionally, mentally, until you can’t take in anymore and succumb to what they’ve done to you.

Whereas if I talk about myself, on the other hand, I live in fear every day; Fear of being abducted, harassed, raped, torn, killed, never found. And trust me, so does every woman.

So the next time you decide to shut my tribe up with this absurd statement telling us how we all go through the same, how we all are equals and yet we women choose to sulk and suck on feminism, shove it all up and reconsider if we all actually go through the same. Because as clearly one can see, we do not, sir. We certainly do not! 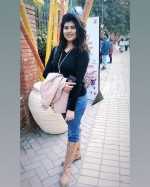 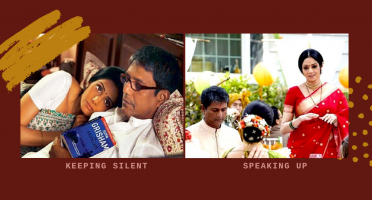 We're Called 'Devi' But Are Oppressed, Silenced, Killed, Or An Invisible Victim Of Patriarchy 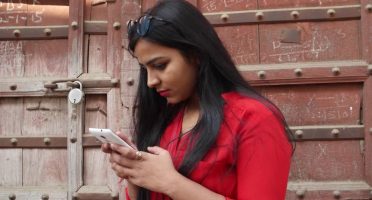 A Random Man Flashed To Me On Insta; I Was Called 'Disgusting' When I Complained 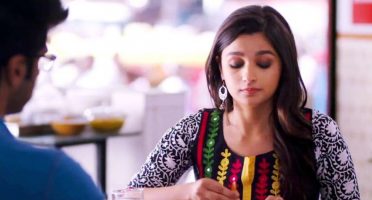 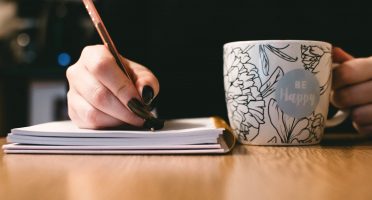