Come On, Boys, Raise Your Standards And Lower Your Ego!

A major reason well educated women do not get married is not finding a suitable match, because men are not willing to let go of their need to be superior! A major reason well educated women do not get married is not finding a suitable match, because men are not willing to let go of their need to be superior!

The other day I was watching some youtube videos featuring ‘unmarried actresses’ – Sushmita Sen, Tabu – these were some of my favourites on the list. It was a thoughtless video. Just a topic for gossip, in which there were birth dates to calculate their exact age, their love affairs, and lots of other things.

Journalism itself has become a show business. Intellectualism or responsibility has been left far behind. Nobody involved in making that video gave a thought to “Why so? Why aren’t they married?”

Let’s just give it a thought.

Reasons can be anything, right from
1) their choice not to get married
2) broken family upbringing leading to committment phobia
3) a need for personal freedom

But mostly I think it was a case of ‘no suitable match’. No matter what other people feel, I think that is so true! A common man today finds himself unequal to deal with a strong ,independent, opinionated woman. Madhuri Dixit has said in an interview that “it was difficult for me to find a match in India… people were crazy…”

Upbringing of a man is done in a way that he always wants to be superior. Equality or even a sense of inferiority creates havoc in their minds. If a man is OK with it, then people around/media/male chauvinist minds in society start gossiping: “will the relationship survive?”

If women have survived and adjusted for centuries with strong men and their tempraments, why can’t the roles be reversed? Even if there aren’t role reversals, why not be cool with her success, be happy for her?

Coming back to Bollywood — May be it is very difficult for men in showbiz as their life is under constant public scrutiny and it is not everybody’s cup of tea to stand up to that pressure. But this is not only showbiz problem, it is everywhere.

I’m a superspecialist. People keep their mouths open when my husband answers to the question, “What does your wife do?” I have faced a situation where people around me have tried to convince me for a arranged marriage proposal by saying, “This is the best possible match you can get at this time” (as if time is running out). The same person later accepted that it wasn’t a suitable match for me but pressed on the matter as I might not have got another match so soon, given my educational level…

Today I see many wonderful girls around me who are stable mentally and financially, with appropriate education and enjoying their life. I have witnessed the discussion of the WORRIED MEN around – “see it is difficult for them to get married now.” They cite age and higher education as the reasons.

They make it sound as if it is the girl’s problem that she got highly educated and allowed herself to remain unmarried beyond a certain age! Nonsense!

Tell the boys out there – Come on, raise your standards and lower your ego. Things will be fine!

And somebody who is really jobless – please make a video of actors who married beyond the age of 40 (with their birthdates) and the number of times they got married. Believe me, the list will also be endless… 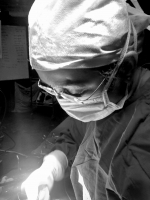