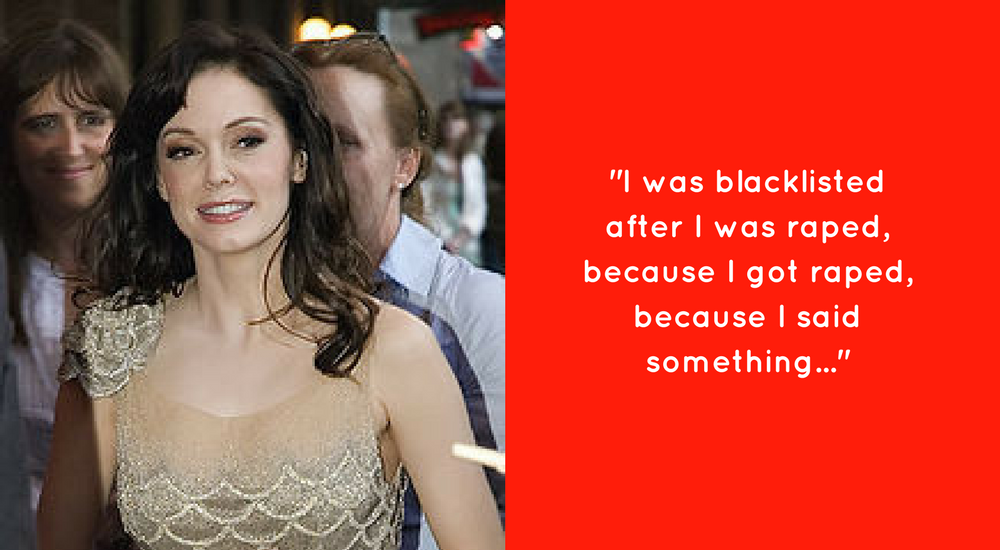 Women Stay Silent About Sexual Harassment For A Long Time. Why? I’ll Tell You Why!

Whether women stay silent or speak up about workplace harassment, we risk losing out. Unless we believe women, sexual harassment at work will continue.

The whole world is grappling with the consequences of a few women opening the can of worms around Hollywood Producer Harvey Weinstein and his company which allegedly took advantage of young wannabe female actors by subjecting them to sexual abuse and favours. It is not shocking for people in any industry to hear about such things happening amidst us. It is a reality and, if the current trend of

It is not shocking for people in any industry to hear about such things happening amidst us. It is a reality and, if the current trend of fewer job opportunities and more economic risks by the government continues, more and more people will have to put up with such behaviour to achieve name, fame and success.

There are people who have questioned the authenticity of such allegations. They say the pictures of these actresses ‘cozying up’ to the man prove they are mere opportunists who are playing the ‘victim card’ and misusing feminism. More often than not, that is what people and the media say when someone opens up about past abuse at the hands of someone respected and powerful.

“Why was she silent for so long?” “How can one trust what these bimbos are saying? Most women do this for attention” – these are common refrains from the opposite sex. That is why, most of us women are advised to never say anything and take the whole incident as a ‘bad dream’, no matter how much it frustrates and bites us all our lives.

Broadly, this is workplace harassment. All over the world, women are relegated to the back when it comes to excelling in their place of employment and are paid significantly less than men. This is justified on the pretext of the ‘biological problems’ women go through which ‘automatically’ makes them weaker than men. Yet, when it comes to sex and sexual favours, every manager wants a hotshot to come in and entertain him. And there’s nothing a female employee can do. Your complaints go to the HR but nothing happens because there is this whole system, including people at the top, protecting the perpetrator. And that perpetrator knows he is protected and you are helpless.

I have seen that happen, first hand, with my own self. I wish I could have done something about it then. But, it was all futile. We had to be careful because he was the manager there. He called the shots, fired emails, and decided who’d get an edge over others when it came to recommendations for promotions. Worst of all, he decided if you could work in peace at all in the office and if your colleagues would like you or have lunch with you or invite you to their functions. He decided and influenced it all.

There were complaints filed against him. There were emails and audio recordings proving that he was the cheapest among them all – sexist comments, digging into and manipulating female colleagues’ personal lives, touching them whenever he would get the chance camouflaging it as a ‘casual’ form of touch and keeping an eye on what they are wearing and whom they spend their weekends with. Since I was younger and single, I was the perfect person for all of the above. So was the one before me. She had to quit the job because he made her life hell after he found out that she complained against him.

People never believe the above. Such parasites keep on harassing women and swell their chests with pride, ego and narcissism. Yet, there is nothing you can do about it. Whenever I’d read anything related to workplace harassment, it would hurt me to see myself doing absolutely nothing about it. The man was protected. And all who complained against him were either forced to quit or asked to relocate. And he said the nastiest things about them. We all gulped it down.

We had no option but to bow down our heads and simply work. There were moments when I began hating it and would ignore him and his advances. This would infuriate him and he’d call me out or email things to my editor. I was not his favourite. And he did play a part in my layoff.

My mother told me that I had no option anywhere else too. This is something that happens everywhere. If I quit this reputed organisation because of him, I’ll batter my chances of a good career. And what’s the guarantee there will be good managers elsewhere? Why take that risk? This is what we will have to deal with.

It’s not that male colleagues were spared. But, they weren’t touched or physically abused. They had to endure his mental harassment and often he joked about their masculinity and kept an eye on their wives. But, none could ever speak up. They said the HR would never listen to a man; it had to be a woman whose voice will be heard. Too bad, that too seldom happens. Even if the person is punished, the woman is looked down upon; she cannot be the heroine ever.

Of course, Karma acts sometimes. After I was laid off and my department closed down, he began asking his superiors for a replacement. He kept on saying that I was thrown out because I wasn’t good enough. Yes, unlike some of my other colleagues, I did not resort to flattery. I am too egoistic to do that. But, there are people who call ass-kissing ‘survival of the fittest’. Apparently, it works with people at the top.

Nevertheless, he could not survive himself. He was demoted and relocated some two months after I left. Yes, relocated. Not fired. When the organisation incurred losses, they shut down departments in non-metros and laid off people in it. But, despite his horrendous activities and the soiled image of the company he created in our city among the clients, he was simply relocated.

Whether you speak up or you don’t, you are always in trouble. Chances are you’d be facing the music when things go bad, not them. That is how things work everywhere – in the glamour industry, in the media and everywhere else. That is why women do not speak up. Nobody ever does!

Top image via Wikimedia.org is of actor Rose McGowan who first spoke up against Harvey Weinstein. More about the case here.

“Why Don’t Women Complain About Sexual Harassment?” #WhyIDidn’tReport Tells Us Exactly Why

Will All This Really Help The Everywoman For Whom #MeToo Is An Everyday Scenario?