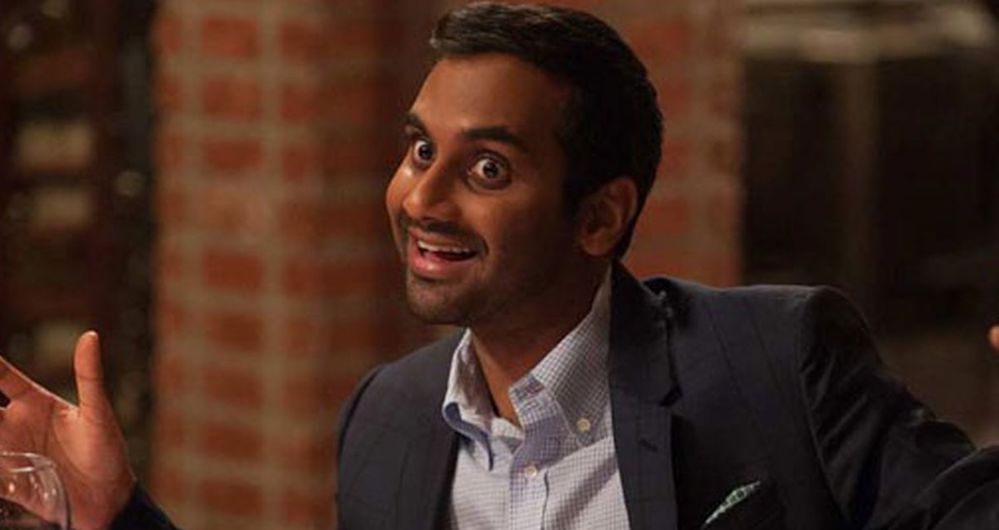 Aziz Ansari And The Art Of Respectful Communication In Relationships

The recent allegation by a woman of feeling violated by Aziz Ansari’s behaviour at a date must lead us to talk of not just Yes/No when it comes to Consent, but also – can we truly be respectful and two-way communicators in relationships?

Communication is a two-way street. It does not depend on gender or race or even class. Different settings require you to communicate in different ways. And non-verbal communication has always been a part of communication strategy; all of us have been taught that in schools.

I’m surprised to see that no one is talking about the role that lack of communication has played in the recent case involving Aziz Ansari and the lady known as ‘Grace’ who has spoken about how her date with him went wrong. All of us, men and women, from different countries and ethnicities, have experienced situations where we have regretted certain things we said or did or the way we reacted. And the one thing we all are guilty of doing is not initiating or indulging in proper, face-to-face conversations and develop an eye to see the body language of the other person. We do not know how to read eyes or take cues from others’ body language. We are prisoners of our smartphones and texting is what we resort to for shielding ourselves from heartbreak, confrontation and vulnerabilities.

We jump to conclusions about people we meet. Men and women are engaged in this battle of the sexes for needless reasons. The world around us is shrinking and so are our minds and hearts. Too much pressure to achieve, succeed yet find release and intimate love leaves us with little time for ourselves. We don’t read anymore, we don’t play anymore, we don’t give time to people to open themselves to us, we want instant gratification and we are not tolerant or patient. We force ourselves to be what we are not because it is the “in thing.” The voice in our head says – The world is bad. Everyone is bad. You be bad too. We believe this voice.

All of us are suffering from low self-esteem. None of us are like Daria, that headstrong character of the 1999 MTV show. We are scared of rejection yet we long to be physically and emotionally close to a person. We want to fall in love. It won’t happen unless we meet people, not just on dating apps, but face-to-face. And not just one, but many, over a period of time. That is gonna teach us how to indulge in proper communication – verbal and non-verbal.

A friend of mine recently narrated an incident where she was sharing an intimate moment with her man. He wanted her to do something in the act she wasn’t comfortable with. She immediately refused to indulge him and told him that it was making her feel uncomfortable. I asked her how she did it because, let’s face it, most of us do not want to displease the men we like. We tend to overlook certain things. But, my friend did not, even though she liked the guy. She is a strong, assertive woman who goes out, meets new people, dates new people and has learnt over time how to deal with such situations. She told me, “You can do the same too. You can refuse without feeling guilty or making the other person feel embarrassed. But, you need to be out meeting people, dating them and not simply texting them.” How true!

My friend suffered from low self esteem once. But, she taught herself to respect her own priorities and boundaries first before she let her desires take over. Nobody teaches us to say ‘No’. We women suffer from self esteem issues, intimacy issues, trust issues and so much more because we are never taught to look out for ourselves first. Women are supposed to be providers, we are not supposed to be selfish. But, you got to be selfish, at times.

It’s not that men do not suffer from self esteem issues or insecurities. A woman’s refusal to have sex jolts them because they have been taught by the society that if a woman refuses sex with a man, it is because she doesn’t love him, care for him and does not respect him. Often, it is a matter of not being in the mood or being uncomfortable with a particular setting. I, for instance, hate public display of affection. In India, you cannot kiss in public. And I feel intimacy is something absolutely personal, to be done in a personal, private place. I can make out in a public place only when there is no public there! I’d be uncomfortable in such scenarios. And I don’t wish to be judged for that. But, saying so requires me to be assertive and speak my mind without fear or apprehension of the guy getting pissed off or leaving me. If he does, I should be strong enough to let him go. He isn’t a keeper. And I won’t learn this unless I go out on dates, meet new people and indulge in face-to-face conversations. If there is someone like me looking for meaningful love, I am sure there is a guy out there who can understand a ‘No’.

I thought I had my self esteem on track. It was when I began dating that I realised how screwed up I still am when it comes to self esteem and insecurities. I don’t know how to communicate yet. When there was an uncomfortable moment, I chose to be passive and not speak exactly what was in my mind. And later on, in retrospect, I felt there was something sinister in his motives. My experiences with intimacy had made me fearful and instead of standing my ground or being honest, I chose to stay in a state of anxiety. It was a confusing mind with fear of rejection and fear of intimacy coming in from all sides. My friend advised me to be honest and communicate freely even if it leads to him leaving. But, I didn’t. It opened a can of worms for me. Needless to say, it didn’t work out. Also, it made me feel bitter for sometime – with myself and with him.

This battle of the sexes is so lame. We are human beings and all of us are failing miserably in communicating. People get more love and attention when they die instead of in their lives. And there is so much blame game. I don’t know what exactly transpired between Ansari and the lady, but the entire episode could have been avoided had there been less of ego, entitlement and apprehensions and more of open, respectful dialogue between them, with a distance of two feet, maybe. So, can we get out of our phones and head to the coffee shops? That is one of the places you can find real people.

Top image is a still from the series Parks and Recreation

As A Feminist, I Don’t Want To Feel Angry Anymore; I Just Want To Fix It – Am I Wrong?

Living Apart Together Is The Reality For More And More Indian Couples Today. Does It Work?