Teach Boys How To Treat Their Wives By Having Our Men Share Domestic Responsibilities!

Being the mom is equated with being an epitome of sacrifice in Indian society. But is that the right thing to do? Are we not doing ourselves and our family a disservice?

Being the mom is equated with being an epitome of sacrifice in Indian society. But is that the right thing to do? Are we not doing ourselves and our family a disservice?

Some taboos in our lives are created by us and some are created by the society; or is it that the world around us creates many and we create a few? Whatever be the case, the restrictions, and what should be the norm, are always a grey area in our lives, and even more for women.

I have never spoken or written about my mother much, but she did desire to be known for doing a few things out of the box that set the rules for me, and how I treat myself as a mother.

But, on the occasion of Mother’s Day a couple of weeks ago, (and as I see so many posts by people on social media about how much a mothers love means to each of them), I was tempted to pen a few lines about the taboos that we as mothers, and generally as women, create or tend to abide by, and how my mother unconsciously helped me break some taboos as she practiced those herself.

Well, we all don’t need a women’s day to celebrate, and we don’t need a special Mother’s Day to feel motherly and feel wanted and appreciated.

Of course, those days just make it easier for people to remember that you are doing what it takes to fulfill a particular role and the pampering boosts the ego, surely. But it is really the rest of the days in the year that really count, and how the lives that each one of us lead that help influence change.

All through my growing years, my mother was really the so-called man of the house. One look from her eyes, and my brother and I would just die of fear and would not attempt anything that should not have been dared. We would rush to my dad for help; he was equally scared and let my mother take the decision for that situation or the problem or the need.

She broke the taboo that the ‘man of the house’ should be the disciplinarian, and proved that women of the house could take equal responsibility on matters of discipline, as well as being the decision maker. She decided to take the family in her hands as my dad hopped jobs to various cities by being firm that she and we, as children, would stay put in one city while my dad did his job of earning and supporting the family.

She broke the rule that a woman follows her man where he goes, and made a beautiful arrangement of keeping the children’s education intact, as well as letting my dad explore his potential at work, experience and do what he liked. No wonder that today my dad is the most carefree person I know with amazing experiences to share — both his umpteen challenges of living alone, as well as the triumphs he made through his flamboyant work-life and loads of friendships to boast of.

But it was one tough journey

Of course, looking at all this at hindsight, it is good to look at the rainbow coming out of the lightening, but while it lasted, it was tough and going through it was quite a roller coaster ride which time and memory makes it light and it then becomes a learning phase of life.

Coming from a very conservative, protective and a typical upper caste Tamil household, breaking some age-old traditions were not easy, and little did I realize how tough it was for women and mothers coming from the same background to get modern both in action as well as in thought.

Staying away from normal everyday activity during periods and sitting away for those 3/4 days was the norm. No touching anything or anyone and being quarantined, was the way it was supposed to be.

My mother literally defied family traditions and made sure that I remained normal, behaved normal, as well as was treated normally on all the days; the men in the house knowing fully well that it was just normal for a girl to go through the same. Life was as normal as it should be.

I grew up thinking that it was what it was supposed to be and never thought of having periods a taboo, while I understand that it exists still in many households as a societal norm. So many of us don’t want to break that taboo and behave normally, in spite of the society and our family probably accepting it as a part of every day or every month of life. Some of my cousins and family members still stay away for those days. Though there could be valid reasons for rest and recuperation, but untouchability goes beyond me!

I was fortunate to be introduced to a super cool mother-in-law who made living the life of a mother and a woman the most prestigious, the most sophisticated one, that which was filled with grace and panache. It was a life filled with no regrets and an extremely confident approach to leave the society and the taboos behind, and just do your thing, something that I have imbibed over the 18 years that she lived with us.

So this is how a mother should be

It really doesn’t matter if you are a woman or a man, but the individual matters and that’s what you really teach your children as a mother.

Building that individual strength against all odds and her children, including my husband, are living proof about how to treat individuals with utmost dignity, irrespective of gender and role.

I am therefore also fortunate to sometimes take the same role like my mother did, being the man of the house and the woman of the house, as the real man clearly knows that there is equal opportunities and equal responsibilities in the house. No one is more important than the other or less significant in terms of a role. The mother and the father hold the same position for the kids and there is not much to differentiate the role of a man and a woman in the house!

Celebrate the choices, not sacrifice!

Mother’s Day thus for me, is to celebrate these choices, breaking the norms where it needs to, and being grateful about how seamlessly our mothers have shown that it is ok to do some things as long as it is for the general good and for your own well-being.

It is also about celebrating many more things that we can or should do.

After all, we teach our boys how to treat their wives by giving our men equal responsibilities. To me this is the best lesson that we can give our kids!

All mothers are great humans and so successful in their own respects in how much love they shower on their children. Mine has been no different. She also taught me to be, to let people be, and has just got better with age. She continues to do her own thing and has learnt very well to let her children do their own, but that unconditional love remains, come what may; the security of being a mother is so high that she does not expect anything in return.

I hope I can do the same with my children. There is nothing right or wrong in parenting, especially being a mother, but doing what one thinks as right and not worrying about the society or the people around, is the true essence of motherhood to me. It may be breaking those taboos, it may be keeping them intact, but the removal of fear of those restrictions, and holding the children’s need as paramount makes this role more fulfilling and satisfying.

Hail mothers and those loving souls! What would we do without them!

Image source: a still from the movie 2 States

Life as a parentmotherhoodpersonal stories 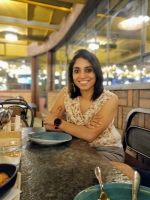