The trailer of new movie 'Article 15' based on the real events of gender and caste based violence in Badaun promises to tell the story of Dalit women's experiences in India.

The trailer of new movie ‘Article 15’ based on the real events of gender and caste based violence in Badaun promises to tell the story of Dalit women’s experiences in India.

While Article 15 of the Indian Constitution prohibits discrimination against any Indian based on religion, race, caste, sex or place of birth, Dr B. R. Ambedkar, the creator of this Constitution has also said, “Unity is meaningless without the accompaniment of women. Education is fruitless without educated women and agitation is incomplete without the strength of women.”

As a Dalit woman, every time I read a book or watch a movie about the experiences of Dalit women, I’m either disturbed or strengthened to continue my journey as a Dalit woman in this country. At times these Dalit women’s narratives make me cry for hours. This isn’t a romanticised chronicle of a Dalit woman’s feelings. It is a symptom of the deep psychological trauma I face as a ‘Dalit’ and as a ‘Dalit woman’.

Watching the Article 15 trailer, I went numb for a while. I wish I could do a trailer appreciation at length in this piece, but my ‘Dalitness’ pushes me to look at the trailer through a Dalit Feminist lens.

As a film buff there is the excitement to watch a new movie, but when a movie like Article 15 come to screens there is a reasonable anticipation, since the subject is about caste and gender based oppression.

The trailer was intense with the choice of dialogues, colours used in the background, the music, and the shots and frames.

It starts with a blue screen on which Samta Ka Adhikar (Right to Equality) is typed in black. As an Ambedkarite, I was elated to see that Bollywood popular cinema is progressing towards political sensitivity even in the choice of colours. ‘Black’ and ‘Blue’ are not apolitical choices. The sensibility in the choice of colours throughout the trailer too, is much appreciated.

The filmmaker’s use of the background screen with the Article 15 statement is yet another political choice which is carving out a new meaning to aesthetics in popular Hindi Cinema. I have personally liked the visual texts in the Marathi movie Fandry, Tamil movies Kabali, Kala and Pariyerum Perumal, and now I’m glad to see similar political allegiance in the Article 15 trailer.

Mulling on the Article 15 trailer, I did some research to know more about the movie. In the process I stumbled upon some reviews of the teaser and trailer. It was disheartening to see that these articles emphasised mostly on the novelty of the actor Ayushmann Khurrana’s choice of the character, and how sensitive the director Anubhav Sinha has been in his choice of content and casting. While I do have great respect to Ayushmann Khurrana and Anubhav Sinha, my heart just yearned to read something concrete and elaborate on the story, ideology, Dalit politics, and why the movie is an important visual text at this point in time in India.

When I shared posts on Facebook during Dhanamma’s and Asifa’s rape case, some of my friends both from dominant and oppressed communities came with questions like –

I’m exhausted giving them answers. Now, I’m hoping to use this film to extend my argument on why it’s important to closely observe the discourse of Dalit Feminism when a Dalit woman is raped.

“Based on a true story”

As mentioned in the trailer the movie is based on a true story – supposedly the 2014 gang rape and murder of two young Dalit girls in Badaun district of Uttar Pradesh. The frames where the young Dalit girl’s tied legs are shown, and another frame where their hanged bodies are seen is distressing, with a feeling of helplessness that we live in this inhuman society.

“Sometimes we are ‘Harijans’ and at times we are ‘Bhahujans’, we are never ‘Jans’ (Humans/People). We become invisible to them.” This is the opening dialogue of the Article 15 trailer. It is really maddening that society sees us only as ‘Harijan’ or ‘Bahujan’ (without even knowing the difference between a Dalit, a Harijan, and a Bahujan). We are also human beings who want to live with dignity. Dignified life for a Dalit woman in the personal and private space is denied because of the caste and gender based hierarchy.

The fear we always carry with us as Dalit women

The director has clearly been consciously political in weaving in these dialogues. I’m mulling over these lines since I watched the trailer.

“I didn’t file an FIR. Case was not serious, sir. These people keep coming up with false accusations.” This statement in not new in India but it gave me a pang of recognition in my stomach to see the dialogue sequenced after the rape and murder scene in the trailer. It’s the same pang that I get when I see my friends and colleagues stating sentences similar to that of the police’s inhuman response to the enquiry about the FIR.

If I was a rape victim in this country the bureaucracy would treat my FIR just like it treated Bhanwari Devi’s or the way it treated the case of two Dalit girls in UP. It scares me to realise that because of this regrettable reality, I live with constant fear because of my Dalit identity. My fear would seem unreasonable and imagined to those who don’t have to face it, but constantly reading about atrocities against Dalit women is truly traumatic.

The trailer was more intense when it presents the conversation between police officers about their caste identity. The conversation about sub-castes within dominant and oppressed communities shows the miserable truth of the Indian caste system. The existence of ‘brahminism’ in every layer of caste hierarchy couldn’t have been explained in any better way. Congratulations to the film maker for foregrounding the nuances. Hoping that the movie will not disappoint the viewers.

Raised expectations about the movie

The performance in the trailer has created great expectations from Ayushmann Khurrana, Sayani Gupta and Manoj Pahwa. The reason for gang rape was that two women asked three rupees more, and the scene in the trailer gives a close up shot of faces which express the angst and disbelief of the characters, especially of the cop Ayan (Ayushmann Khurrana) when Sayani Gupta states that the girls were raped and murdered for asking three rupees more. And this scene that speaks of the importance of upholding the Constitution:

Nishad: Yeh us kitaab ki nahi chalne dete jiski shapath lete hain. (These officials do not follow this book, the Constitution, on which they swear while being appointed.)

Ayan: Yehi to ladayi hain, Nishad. Us kitaab ki chalaani padegi, usise chalega desh. (That’s the fight for, Nishad. We have to get them to follow this book, the Constitution, only then the country will be run as it should be.)

This conversation just drove me to my Indian Constitution classes. As a graduate student we were/are made to read the Indian Constitution but the way it’s done is ritualistic. I really wish we were made to understand the Constitution in a better way. After graduating when I started teaching is when I got to watch Samvidhan – a ten episode programme directed by Shyam Benegal which made me fall in love with understanding Constitution, and which should be required watching for all Indians, in my view.

I hope that Article 15 will encourage viewers to know more about the Constitution because the Indian Constitution is the text we need, to run a truly democratic welfare state. 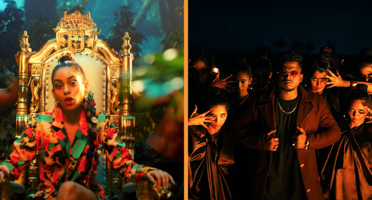 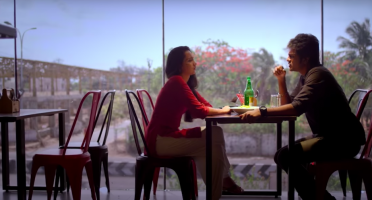 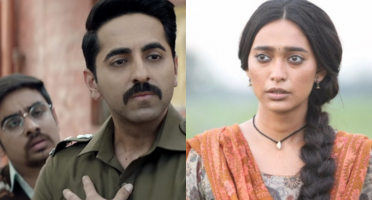 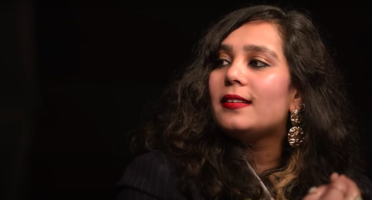 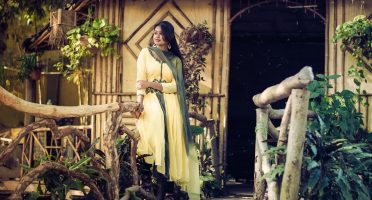