Leila Velez and Zica Assis are determined that the women who walk into their salons looking for well-defined curls leave with boosted self-esteem.

By the age of 16, Leila Velez was the youngest ever manager of McDonalds in Brazil. At the same time, Zica Assis, also in Brazil, was working as a hairdresser. In her spare time, she tried to invent a product that would tame her kinky hair, for which there were no good products available at the time.

She loved her Afro hair, but because of racist attitudes, it was considered sloppy and dirty. She wanted to be respected as a human being, and not disregarded and pushed aside just because of her hair. She used her brother, Rogerio, as her guinea pig (who after several unsuccessful attempts, went bald!).

Rogerio was also Leila’s colleague, and future husband. The two women met through him. They turned Leila’s basement into their laboratory, and soon enough they had a magic product!

They decided to start their own salon, which they named Beleza Natural (Natural Beauty, in Portugese). With no money for marketing, they glued homemade posters inside the buses that passed through their neighbourhood.

In a country where 70% of women have Afro to wavy hair, their product was a big hit. Soon women in Rio were waiting hours for an appointment, and were claiming that their products not only improved their hair texture but also boosted their self-esteem. 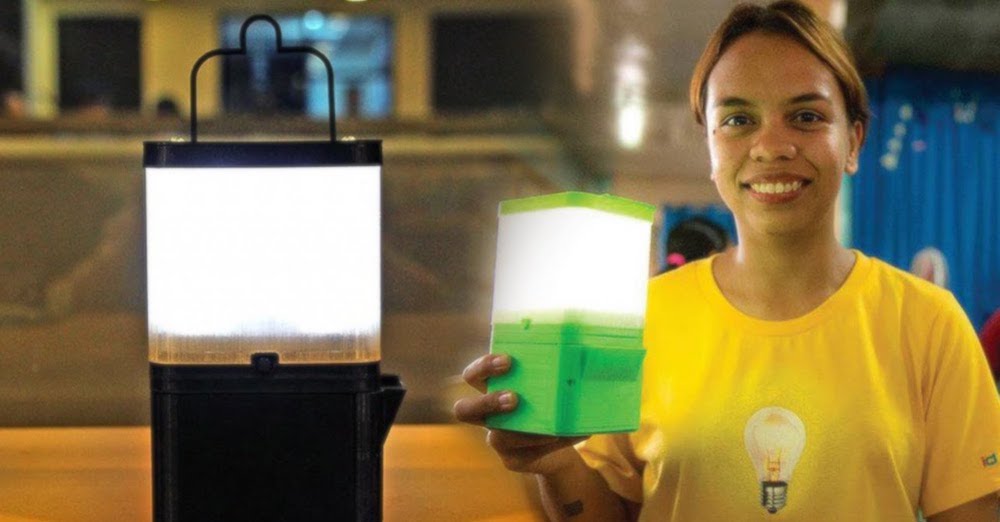 A Lamp Lit Using 2 Tbsp Salt And A Glass Of Water? This Philippines Scientist Made It Possible

The product was not the only innovation. Leila was impressed by McDonald’s standardized production model, and she took the lessons she learned there –efficiency, meticulous product testing, and avoidance of waste, and applied them to the salon business. She broke down the hair relaxing treatment into an assembly line of smaller tasks, each of which could be performed faster by a specialist who had only one skill to master. This made the process more efficient and lowered costs, meaning that such treatments were finally available to lower and middle income group women.

Beleza Natural is now a huge company with more than 3000 employees, most of them single mothers in their early 20s. For 90% of the employees, it is their first job. They are offered training for managerial positions and tuition discounts with partnering universities. These women, who Velez calls “warriors”, become “role models for so many of their friends and families in their communities”.

“As an entrepreneur, I have a commitment to changing this country and showing that it’s possible to be honest, to be serious, to have a company that is not dependent on corruption, to create jobs and create growth for people – that it’s possible,” says Velez.

Zica Assis has been named among the top 10 of Brazil’s most powerful women by Forbes and Velez has been Awarded Female Entrepreneur of the year by Endeavor (San Francisco – EUA), “Business Women Award” by Veuve-Clicquot (Reims – France) and “Best Entrepreneur of the New Brazil” by Você SA Magazine (São Paulo – Brazil). She has been named by the World Economic Forum as a “Young Global Leader” (Davos – Switerzland), among other honours.

In a country where hair is political, and where racial inequality is a reality, the Afro is emerging as a symbol of resistance. Lelia Velez and Zica Assis have definitely played a part in this resurgence.

Want to know what other innovations women around the world have pioneered? Read about Bilikiss Adebiyi-Abiola here.

With the Indian curly hair, you believe there is only so much you can do. With these curly hair care tips and tricks from bloggers, go rock your Mithila Palkar-esque locks!

With the Indian curly hair, you believe there is only so much you can do. With these curly hair care tips and tricks from bloggers, go rock your Mithila Palkar-esque locks!

It is really difficult to have good hair days for your Indian curly hair at times. With a varied number of hair patterns on your own head, the locks do start becoming quite a trouble. But here are a few curly hair care tips and tricks from popular Instagram bloggers to help you tame those wild locks a little.

In a very recent article, we talked about the interwoven nature of women’s hair and India’s culture. What happens when a lady doesn’t just chop her hair but shaves her entire hair off?

It is an indisputable fact that our hair forms a huge part of our personality, our outlook and our self-reflection. Who doesn’t feel great, confident and pretty on a ‘good hair day’? But why let our hair possess such power? Why let our hair define us in terms of beauty?