Instead Of Being Happy I Had Met A Caring Man I Liked, I Was Actually Terrified! Why?

No one can guarantee a relationship, but was that a reason to doubt myself and be terrified instead of being happy that I had met a man I liked and who cared for me?

Last summer I met an amazing caring man, who has made my life much fuller than it was before. The logical reaction to this is to be happy, blissful, and excited that I’ve finally met someone normal, and so on. And while I was all those things for some time, I realised that underneath it all, I was actually terrified.

Where does this reaction come from?

A certain amount of scepticism as a 30+ single woman

Firstly, people who remain unmarried into their thirties acquire a certain amount of scepticism: we become jaded. We don’t believe in true love, we may believe in true lust, but to a certain extent, after many terrible attempts at making various types of relationships work, we don’t actually believe we can find something sustainable.

I found myself wondering when the other shoe would drop, when he would lie, cheat, start playing strange games or demand that I know what he’s thinking without him actually saying it. I didn’t voice these concerns because let’s face it: there was no basis to them, and when I was truly honest with myself, I knew these feelings were not coming from my relationship, but from within me.

The second reason is a little more personal – past experience. As a part of this management program I am taking, we are studying organisational behaviour. We talk about perception, and how it differs from an objective reality. One of the major factors that affects perception is past experience – if you’ve seen something before, you tend to expect to see it again.

The last normal undramatic relationship I’d been in was from 2004-2007 which is over a decade ago (one ten-year challenge I would fail). I have had past experiences galore, and most of them not good.

After that last normal relationship, I went on a slew of bad dates in Toronto, and then dated a functioning alcoholic for three and a half years – an experience so intense that I was still reeling from it years later. The baggage from that definitely contributed to what happened later as well.

Many of the men I met after moving back to India would move things too quickly without even allowing the relationship to develop properly. We can thank our society’s obsession with marriage for that one.

Things would escalate fast and plummet even faster. In part I blamed myself for these failures, because I should have known better than to go along with the fanciful talk. After all I had had proper long-term relationships throughout my twenties.

It’s not that these men were horrible people. There were various reasons things didn’t work out and it would be wrong of me to place the blame entirely on them: any break up is generally caused in some way or another by both parties. Even the functioning alcoholic loved me in the way he was best capable.

In fact, as a result, I could not help feeling that there must be something very disappointing within me, that once people got to know me, they no longer wanted anything to do with me. I learned to see relationships as a thing of terror. Things couldn’t go too good for too long: the end was always right around the corner and my streak of anxiety (from which I’ve suffered for years) thought it was better to be prepared than to be caught off guard.

Yet cognitively, I knew, that an important part of relationships is vulnerability – it is that willingness to take a leap, to believe that the other person will catch you when you fall, find you beautiful at your ugliest, be your rock and take care of you when you cannot take care of yourself.

The thing is we talk so much about how to find love but never how to keep it. There’s a small part of me that is terrified that I may sabotage it all, for some flippant reason.

I’ve learned to largely ignore the readily willingness with which my mind descends into doubt. I push it down, battle it with all the courage I have. And yet sometimes in a weak moment I have to talk myself off an emotional edge and remind myself to let go. The times when it catches me unaware, and unprepared.

A month or so ago, I had a few very extreme anxiety attacks, and went to a psychologist. Though in retrospect the symptoms were most likely caused by a medication I was taking, I decided to take the opportunity to improve a few things in myself which were bothering me.

I’m working on being more comfortable with the uncertainty that is never absent in the best of relationships. I know that those doubts can devour you alive, crunching through your sanity and the bonds that hold you and a partner together. I’m trying to let go and breathe through it.

Nobody knows what will happen tomorrow, but that doesn’t mean you cannot trust today. I hope I get better at it, because my partner certainly deserves it.

Image source: a still from Love Per Square Foot 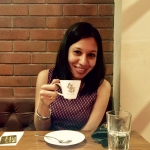 I Am Happy That My Husband Is Not The Man Of My Dreams!