Breastfeeding is extremely important for a child’s nutrition; however, not all women are blessed with that opportunity, hence the judgment that happens around it needs to stop, period!

Nursing a child is one of the most controversial phases of a mother’s life. The reason I say controversial is that from the time a woman delivers, to the time she weans off her child, there is an array of advice, speculation, and suggestions that do the rounds. It is almost as if a whirlpool is encircling her.

It starts from being able to get the baby to latch, then lactating, the number of times the baby needs to be fed, when to introduce solids, when to wean the baby and then finally to the question of how and why is the baby being breastfed if the child is older than a year. Here are a few things that other women, and in fact anyone who is not the mother experiencing this phase, need to keep in mind.

Breastfeeding is extremely important for a child’s nutrition; however, not all women are blessed with that opportunity, hence the judgment that happens around it needs to stop, period!

Breastfeeding has multiple benefits for both baby and mom. We even have all sorts of adverts doing the rounds about its benefits. These adverts are mostly to educate those who are uneducated about the benefits. I am surprised as to how after being educated, after experiencing their own journey of pregnancy and motherhood, can a few women be cynical and judgmental about other women?

From warding off the viruses in children, boosting their nutrition, to helping moms overcome depression and fuel weight loss, the benefits of breastfeeding are many. Some mothers fight through all the struggles that they face during breastfeeding like lactation issues, cracked nipples, engorged breasts, baby not being able to latch etc. and still try and ensure that the baby is fed breast milk, and then there are kids like ME who are formula-fed right from day one, because nature decided to not supply breast milk to their mothers, which I believe is OK and should not be a guilt-ridden journey for the mother.

Honestly, it doesn’t matter how many stories of struggles and overcoming those struggles I list down, some people around you will never change.

People will continue to babble, hence I strongly say – only a mother can understand and fight her own battle. So, rather than pulling her down, become a force of strength and trust for her. Mums of this digi-age seek support through various online support groups, but wouldn’t it be nicer if mums got more support and care from their real world and not just the virtual world?

They say it takes a village to raise a child: be an active part of that village. 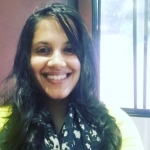 How To Stop Breastfeeding Your Child: Learnings From My Roller-Coaster Journey

Worried That Post-partum Depression Will Affect Mother-Child Bonding? Here’s What You Can Do

Whether I Breastfeed My Baby Or Use Formula Is Not Anyone Else’s Concern!

Amrita Rao Being ‘Nervous’ About Motherhood Begs The Question, Is Parenting Only A Mom’s Responsibility?