And In A Matter Of 15 Minutes, It All Unravelled

She had done all that she could do to keep her boys away from the everyday reality of her abusive marriage. Or so she had thought. Until...

She had done all that she could do to keep her boys away from the everyday reality of her abusive marriage. Or so she had thought. Until…

Aparajita was a single mom and had moved out when her boys were very young. She had been in an abusive marriage and there had been many instances of drunk driving as well. She had been belittled with words like whore, kulta, defective piece, used woman, and garbage.

She had decided that this was not how she wanted to live for the rest of her life and definitely, not how she wanted to bring up her kids. But she was not financially independent. Though she was working, her entire salary was taken away and she was given a mere pittance to run the household. But one day, she got the courage to open an account and started depositing her cheques there.

All hell broke loose when Vinay came to know of it and this time, he tried to hit her as well. But, Aparajita held his hand firmly and told him to back off. In the days which followed, Vinay took time to recover from that shock and Aparajita used this time to move out.

Fast forward a few years and all was settled. Her boys had grown up and had started working. They were happy in their lives and would call her up in the evening everyday to chat up. Aparajita would finish her dinner by seven so that she would be ready to attend the call from one of them. They would talk for an hour and connect.

Suddenly, however the talks were few and sparse as Aru was always busy with his work. Aru was short for Abhimanyu. He would always be on the edge and would abuse each and everyone at office, when talking to her. Till the day that the abuse was directed at Aparajita. She was caught unawares and could not fathom that what had happened. And in a span of fifteen minutes, Aru said the unsaid and broke all ties with her.

Aparajita sat motionless for hours together, trying to register what had just happened. She could not put her finger on anything wrong that could have occurred in her parenting. She was distraught and broken, and the enormity of the words haunted her no end. Reaching out was also not an option. Aparajita felt trapped, and at that time, felt an emptiness fill her.

What happens and why it happens is not in our control. What is really in our control is our reaction to it, which is most often than not turns to wallowing in self pity. That is the biggest learning. For the things we can’t predict or control will keep on happening. We might have questions, but all questions don’t have answers. Many times, there just are no questions.

So what does one do? Let each one live for we are all souls. And we are on our own, individual soul journey. That is the reality and the acceptance required. 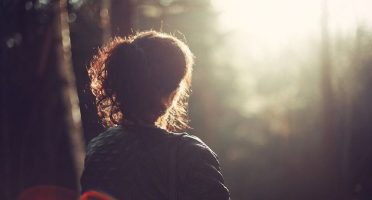 When You Meet Someone Who's Grieving, Being Yourself Matters More Than The Colour You Wear! 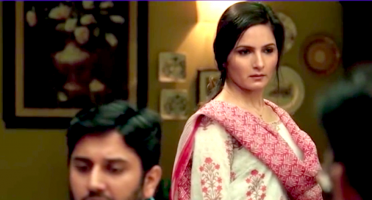 Did They Want A Professional Degree Holder Bride Only As A Trophy Bahu? 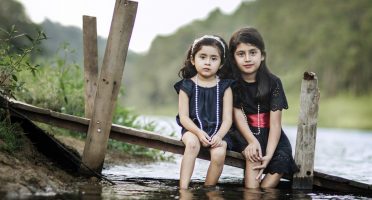