“I Love Housework,” Said No Woman Ever! Surely None Of Us Were ‘Born’ To Do It?

Our best case domestic scenario is when the men and kids 'help' the woman do housework. What we need is them 'owning' some of the work, freeing us from the mental work of keeping track.

Our best case domestic scenario is when the men and kids ‘help’ the woman do housework. What we need is them ‘owning’ some of the work, freeing us from the mental work of keeping track.

So this happened some time back. A lady who is a member of the much coveted C-suite, tweeted saying she was having a super busy day sandwiched between investor presentations, meetings, and emails, and in the middle of it all, her mom called her, wanting to know if she had fixed the mixer jar.

These moms I tell ya, empathized multiple people on her timeline – always plotting to ruin your uber glamorous workday with reminders of leaking taps, carpet cleaners, unpaid bills and all other stuff that nightmares are made of, blissfully impervious to the fact that you we are meant for bigger things.

I agree, we are all made for bigger things. Surely, none of us (moms included) were born to do housework?

The only thing that makes me angrier than the fact that women continue to do a disproportionately higher share of unpaid domestic work, is the attitude of shaming them when they do it. Yes. However light-hearted it may be, if we are trying to look cool by making our housework-obsessed moms uncool, we are shaming them. We shame them every time we speak about paid work and unpaid housework in the same breath. We shame them when the ones who need to be shamed are the fathers who are not calling their sons asking them to buy onions and potatoes on their way back home from work. We shame them knowing fully well that if they don’t do the job, no one else will. Ladies, if moms will be moms, it is because men will be and have been unpaid-housework-shirking-pigheads.

In her book The Second Shift, Arlie Hochschild, a sociologist at Berkeley, found what she called a “double day” — that women came home from a full day of paid work to another round of unpaid housework and childcare. She figured women were working an extra month more than their spouses every year.

It is certainly not uncommon for a woman to cook and pack lunch for herself and the family, watch over the milk while she kneads the dough, negotiate bathroom cleaning with the maid, separate the whites for the day’s load of laundry, decide it’s time to change bedcovers, fret when she sees the last drop of yellow liquid from the Vim bottle, chastise herself for not having soaked rajma the previous night, remind the plumber about the leaking tap, and whip up a quick breakfast from the leftovers, all this when she has a train to catch to work, a deadline to meet, a client meeting to prepare for, a conference she needs to speak at, or a lecture she needs to deliver.

And so when you read that on an average an Indian woman spends 298 minutes every day doing routine housework while a man spends 19 minutes, you are not really surprised.

Except that the story on male entitlement doesn’t end here

In fact, it picks up steam when it starts allowing the man to question why his underwear is not neatly folded into its place, why the rotis are slightly burnt, why there no toothpaste in the pantry, or why the trash is overflowing. And yes, also say things like – What! Bhindi again today? Have all the other vegetables gone on strike?

If you are a man and on reading this you are thinking “Hey this is not me coz I help with the dishes every night”, let me clarify that we are not talking about help here.

We are talking about taking charge. Like shamelessly interrupting, storming in, snatching it away and placing it in your hands to show the world how good you are at it, even if you just learning to tell your Harpic from your Lizol. We are talking about knowing whom to call as back up help in case your house help has called in sick, whats a good dish to pack for the child’s potluck lunch, supervising the kids’ project submissions, and wiping the table after dinner, preferably without needing someone to tell you the location of the cleaning cloth.

You know, like really TAKING CHARGE every single day – the stuff that you do so effortlessly in your glass walled meeting rooms? So yes, what we are saying is that help doesn’t count. It’s like saying I help my wife have sex with me. You can’t help here. Either you participate in it equally, or you leave her to fend for herself.

Housework – am I the only person doing it?

Keep the gender lens aside for a minute, and housework is important for survival. Damn important, if you ask me. Clean underwear, pressed clothes, a cup of tea in the morning, a hot shower, your favourite aloo parantha for breakfast with well set curd, a movie in the night before your bedtime, a clean, dry bathroom, fresh towels, cooling your heels in an air conditioned bedroom – none of this happens by chance. It requires careful and deliberate planning, countless hours of negotiation with the house help, timing the home delivery slots with clockwork precision, mastering Level 3 of inventory management, procuring and saving the phone numbers of several handymen who can rush to your assistance when you need them, and huge amounts of resourcefulness to come up with Plan Bs in case none of the above work.

Often also referred to as invisible workload, a lot of this also involves “thinking” about running the household, apart from actually running it. Author and mom Ellen Seidman brought this out in a poem on her blog, where she proclaimed herself to be the official worrier, organizer, obsessor in the household.

“I am the only person in our household who ever notices that we need more t.p. The kids never give it a second thought—it magically reappears in the holder on a regular basis, placed there by The Toilet Paper Fairy. The spouse assumes that my good old trusty eyeballs will notice the dwindling rolls and raise the alert.”

Seidman was actually paying herself a Mother’s Day tribute, acknowledging that she felt “ever so slightly smug that she was the person who stays on top of such stuff”, even stressing that “this was about her uncanny ability to see things”. But I’m in no mood to bestow this extraordinary prowess to women and then do them a double honour by calling them ‘nags’. That is something we turn them into because our house helps are not taught to call the ‘bhaiyas’ when they discover that the gas cylinder is empty.

But Siedman is not wrong when she writes:

“I am the person who notices we are running low on eggs, milk, bread, yogurt, butter, cream cheese, chocolate ice-cream, that pasta shaped like little wheels, Cheerios and other food basics.

I am the person who notices we are running low on granola bars, brownie bites, dried fruit, kale chips, cheese sticks, Pepperidge Farm Goldfish and other lifesaving snacks.

I am the person who notices we are running low on ketchup, one heavy burden to bear”

Heck, even Melinda Gates had to eventually come up with a rule that no one leaves the kitchen until Mom does, because she found she was always left to do the bulk of the cleaning up after dinner.

So ladies, it’s bad enough that a bulk of the unpaid housework invariably lands on a woman’s lap, irrespective whether or not she has a paid job. But as we try and change that, can we stop shaming the Toilet Paper Fairies in our lives who call us and add dog food & detergents to our work checklists? Or better still, can we get the Toilet Paper Fairies to start calling the men instead? 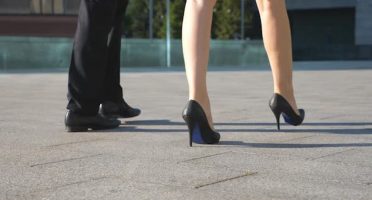