Stand-up comedy is a space women these days are gaining popularity in. Here are few upcoming female stand-up comedians in India you need to watch out for.

Stand-up comedy which used to be a ‘bro space’ is one more women are making in-roads into today. Here are a few upcoming female stand-up comedians in India you need to watch out for.

Comedy is a medicine for all kinds of sadness. And lately, the comedic scene has gained importance and popularity in our country. Being a space where there were hardly any women, it’s great to see how the numbers have increased over the last few years. Big names like Mallika Dua, Aditi Mittal, Kaneez Surka and Sumukhi Suresh have joined the list of India’s top comedians.

But what about the comedians who have immense potential but yet not yet as famour? Here’s a short list of hilarious and upcoming comedians from the country whom you must definitely check out!

Deepika Mhatre is a domestic helper by the day and a stand-up comedian during the night. She wakes up at 4 in the morning to sell imitation jewellery in the locals (local trains in Mumbai) and gets done by 6:30, after which she goes to cook in 5 homes between the areas of Nala Sopara and Malad. The domestic-worker-cum-comedian recently became well known when a video of her performance gained popularity. But she still does her daily job as a domestic worker along with stand-up comedy. An IIM graduate, Prashasti is a comedian who was also a part of the on-going Amazon Prime special comedy show, Comicstaan. She is one-tenth of a choir group called ‘The Etceteras’. She has also won many stand-up contests in Mumbai.

She hails from Amethi and most of her humour is based on or relatable for people who have moved from a small town to a big city. She has gained popularity since her appearance on Comicstaan. Her form of stand up is often centered around struggles women go through in everyday life. Some might think that it trivializes the issue but to be honest, humour is a very positive coping mechanism and Prashasti does the same with her stand up. Mahila Manch does workshops, campaigns, protests, and comedy for a women-friendly India. It’s a platform for women to express themselves in words and in action. The group is from Ahmedabad and is considered to be a safe haven for female comedians. They had a show called ‘The Period Show’ as it happened only once a month. Their work is centered around LGBTQ issues, rape, alcohol, female sexuality, orgasms and body shaming.

This group is led by Preeti Das who is a professional comedian and some of the other group members are Shefali Pandey, Aarti Nair, Vidya and Aarti Boriya, with guest appearances by others. Sonali Thakker had given her chartered accountancy exam and while she awaited her results, she found her passion – comedy. She began with open mics and also worked as a freelance writer. She hails from Gujarat and her community didn’t approve of her choice of career. Yet she is a full-time comic now.

She has a one-hour special performance known as ‘Almost There’, with which she has gone to various cities in the country and performed. She says she chose that name in particular because each time someone asked her if it was ready, she would reply with an “Almost There”.

Sonali also avoids putting up her content on YouTube as she believes that yes, YouTube indeed gets you fans, but that she would rather have people come to see her shows for the comedy, than watching her content online. Urooj Ashfaq is a writer and comedian. Her career in comedy originated from the time she was in school. She is the winner of FemaPalooza which happened in 2017. It is an open mic that has an all female line up.

She has also worked with Abish Matthew on his show, ‘Son of Abish’. She has done a 2 month long internship with AIB in 2016 and has appeared in their viral video, ‘If Apps Were People’. In the video she has played the role of Supriya – a young girl who can’t sleep at night because of the apps on her phone. It’s a very funny video and is also the cause of Urooj gaining more popularity.

Urooj says that when she was young, she was always the joker in her class. She never found it difficult to befriends others. She have always had a very jovial personality and her content has all sorts of things, from psychopaths, cannibalism to tattoos and what not. A former tax analyst at Goldman Sachs, Sejal got into comedy by accident. In an interview with Your Story she has said that it was during 2014-2015 she began watching stand-up shows and they had an impact on her. The more she watched, the more she could predict the jokes and this eventually became a ‘coping mechanism’ to deal with life.

Her jokes are mostly self-deprecating humour that stems from her own environment – her first period, her parents, peers and other things. These female comedians have begun to claim the stage and their audience’s hearts with witty and relatable humour. If you’re someone who personally enjoys content such as theirs, definitely go to one of their shows for a hearty laugh!

Dear Society, Women Over 50 Don't Have To Stop Thinking Of Themselves! 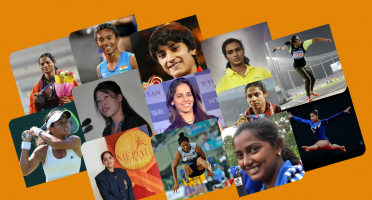