As we watch the Asian Games unfold this year in the island nation of Indonesia, which began on 18th August 2018, there is great hope of bettering the medal haul of 2014. A brief flashback – the surprising fact was that the sportswomen in 2014 fared better than the men’s contingent by bringing about equal number of  medals. As some of the team members mentioned – this happened even with lesser facilities – some disciplines did not even have adequate coaching.

Yet women sportsperson triumphed, a testimony to their spirit, talent, motivation and discipline.

This year too we are expecting a lot from the women contingents. Here is a small list of the ones who are expected to shine!

Hima Das is an 18 year old Indian sprinter from the state of Assam. She recently won the Gold medal at the World Junior Athletics Championships 2018 and is the first Indian ever to do so. She covered a 400 meter track in 51.46 seconds. She qualified for the Asian Games after winning a gold medal in women’s 200 meter race during the 58th National Inter State Senior Athletics Championships in Guwahati (2017). She completed the track with a record time of 23.10 seconds which also equaled the Championships’ record time. 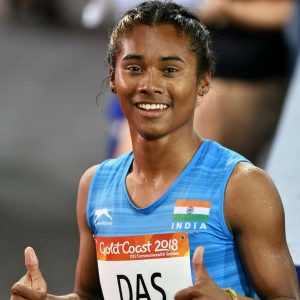 Dutee Chand is an Indian sprinter from the state of Odisha. She is the current national champion in the women’s 100 meter event. She has also been qualified for the 100 meters event in the Summer Olympics of 2016; the third Indian woman to ever do so. Due to having a condition known as hyperandrogenism, Dutee has had to fight a long court battle to continue her sport. According to an interview with Times of India, she aims to set a new 100 meter record for India. 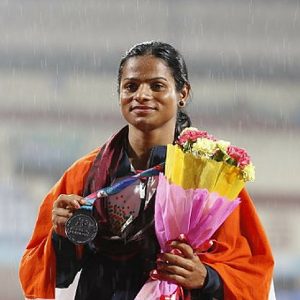 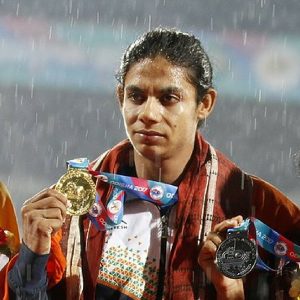 Deepika Kumari is an Indian archer who is currently World No. 5 and is a former World no. 1. In the 2010 Commonwealth games, she won Gold in the women’s individual recurve event. She also qualified for the 2010 Summer Olympics held in London. She has also received the Arjuna Award (India’s second highest sporting award) in 2012 by the then President of India, Pranab Mukherjee. The Government also awarded her the civilian honour of Padma Shri in 2016. This year, she qualified for the Asian Games for the Women’s recurve event in archery. 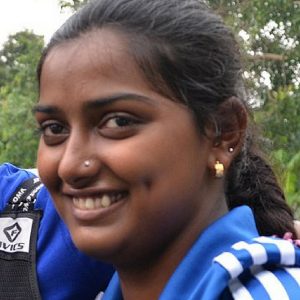 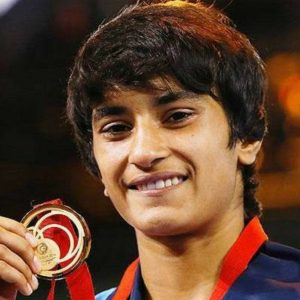 Ankita Rain is an Indian tennis player who is currently Indian No. 1 in women’s singles. She has won six singles and thirteen doubles titles. On 9th April, 2018 she entered the top 200 singles ranking of the world, becoming the only Indian to achieve this. She also won Gold medals in the women’s singles and mixed double events during the South Asian Games in 2016. This year, Ankita is competing in the 2018 Asian Games women’s Tennis single’s event. 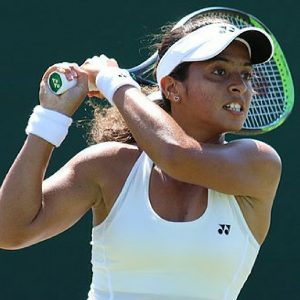 This 25 year old athlete is a veteran of a relatively lesser followed discipline “the 20 km race walk”.  A Punjabi hailing from Amritsar, she shot into limelight at the Junior Athletics championship in 2012, where she participated in the 10 km walk and did the country proud by winning a bronze medal. Her participation in World Championship 2013 ended with the 39th rank, but in the 2014 Asian Walking championship she stood a commendable 3rd place with a timing of 1:33:37. India is looking forward to this young Race walker who became the first Indian woman to win a silver medal in the Asiad 2014. This time go for the gold, Kushbeer! 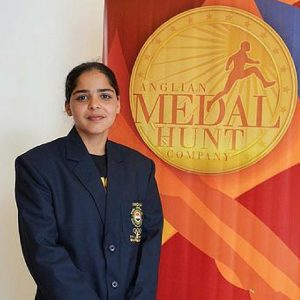 A young Long Jumper, Nayana James was touted as a fitting successor to Anju Bobby George when she initially entered the  national scene. She had 3 forgettable years till 2017 when she even tried her hand at cricket.  After changing her coach, she won a few National level competitions and has a personal best of 6.55 meter logged at the Federation Cup National Senior Athletic championship in June 2017. This upset Kerala’s reigning champion  Neena V, who is her team mate for the Asiad too.

Nayana made it to the finals of Commonwealth Games at Gold Coast but could not better her own personal record. She is expected to reach the 7 meter mark someday. If she and India are lucky, she is one to look out for at Jakarta! 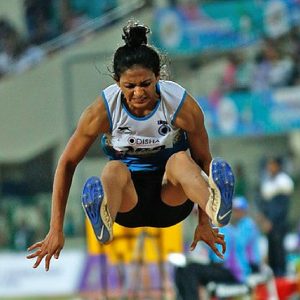 Seema Punia is the defending champion of Discus throw from her gold at the Asiad in 2014. She is looking to defend her title this year. Having an impressive tally of no less than 6 international medals, this tall athlete from Haryana is married to her coach Ankush Punia, a discus thrower himself who has represented India. She has made news for both the right and wrong reasons when she tested positive for a banned drug. However, she made it to the podium with a silver medal at the Common Wealth Games in Gold Coast in 2018. We hope that the trend continues, and she returns to India with another medal to her credit from the Asian games 2018. 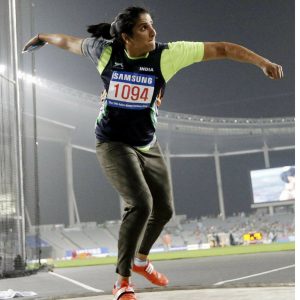 Mary Kom needs no introduction. This mother of 3 children is also the defending champion of Boxing in the Flyweight category at Asian Games, having won a gold in 2104. How can one ever forget this iron lady who goes on to win gold after gold for her country?

She is the only woman to have won in each of the world Championships. Her most recent and amazing win was as recent as 2018 Common Wealth Games at Gold Coast, once again the first for any Indian woman. Ever smiling this gritty woman boxer from Manipur is likely to have that wide smile flashing once more as she may claim yet another Gold at the Asian games. 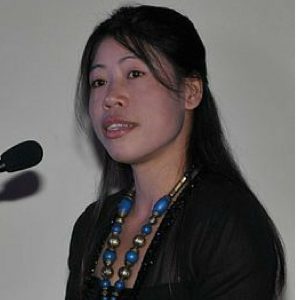 Saina has had an amazing career in badminton. It is particularly difficult to win a medal in Asian games as Asia is where most of the competition comes from. She’s been on the forefront of the Indian Badminton stage, in fact the second and only Indian woman to attain World No. 1 ranking in Badminton in 2015.

She has over 23 International titles to her credit including being the only Indian woman to have 2 gold medals at the Commonwealth World Games (CWG) and an Olympic Bronze under her belt. She won the last CWG Gold in 2018 itself defeating another contender for the Gold at the Asian Games – our own PV Sindhu. Saina is in form presently and she is one person the nation is looking forward to getting the Asian Gold home. 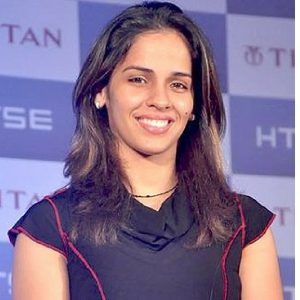 PV Sindhu is another promising shuttle player who entered the national horizon with her gutsy Olympic silver medal which had every Indian on his or her feet. This tall, athletic young girl has lived up to every promise that she has shown, having 18 International titles to her credit. She won silver at the World Championships in both 2017 and 2018. A consistent player and a co-contender for bring a medal home this time along with her team mate Saina Nehwal. Here’s hoping she fulfills her promise yet again and does our country proud. 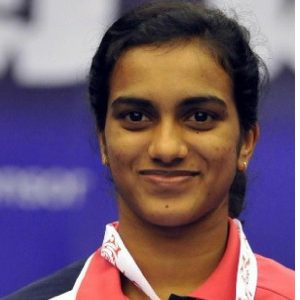 The name Dipa Karmakar conjures up the image of a young gymnast with concentration largely written on her face. She made a near perfect landing on the vault (One of the few to do the technically difficult  Produnova ) at the Summer Olympics of 2016 at Rio. She missed a medal by a whisker and had to settle for the fourth place. But being the only Indian Gymnast to achieve this, she was given a great welcome on her return to India. She became the face of many Facebook profiles to denote the pride the whole nation took in her. She could definitely be the one to bring a smile on our faces when she participates in the Gymnastics. 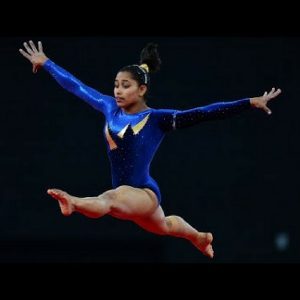 There is a huge contingent of lady athletes who  are going for the Asian games (260 to be precise) and we hope to be delighted by as many of them as possible. There are several team games which may allow the girls to bring home a gold. Kabaddi and Hockey need to be defended and here’s hoping and wishing that these women and their teams bring home gold medals clenched in their hands.

With that, let me wish the entire contingent all the very best. May the best woman win!