If you are going in for a 2nd baby, understand that the two experiences, even breastfeeding a second child, might be completely different!

Women all around the world can be seen breastfeeding in public places and even acknowledged that they are letting go of their figure and taking care of the nutritious need of their new-born first.  However, not every new mother mastered this art so easily. I had different experiences in both pregnancies, even though I was mentally prepared and even looked forward to it.

During my first child, I was in Swindon, a town in England which has great infrastructure for to-be mothers. I attended breastfeeding classes, labour classes and how-to-take-care-of-newborn classes, all provided free of cost. So, I thought I had figured out everything, I had all the knowledge and support of my mother-in-law. But I was proved wrong.

First child, natural birth, but my son could not latch properly

Being a first-time mother was a lovely feeling, especially when after bearing pain, you have your child in your arms and the doctor asks you to let your child smell you. Yep, that what they said to me, “let your son snuggle up, smell you, he will automatically drink milk.” But alas, after that one satisfactory feed, my son was always hungry, always crying and because of this for 4 days, I had to stay in the hospital. Just imagine!

After 3 sleepless nights for me and the hospital staff and trying different positions, we realized that the problem was not in ME, but my son. He could not latch on and suck properly. I began to use a breast pump and would store milk for my son’s consumption Hence, from day 2 he was on part formula feed and part breastfeed.

I was under constant pressure: “You have to try harder, you are a mother. New-born should have breast milk and not formula feed” as formula fed babies are supposed to have low immunity and digestion problem. When my son was 40 days old, however, he finally started feeding directly, relieving me of 50% mental and physical strain.

So, with my second child, I thought that “I am an experienced mother now, I can handle anything, come what may!” But each time is different.

I was in India this time and had to go the C-section way due to some complications. So, it was after 24 hours of giving birth, that I could finally breastfeed my daughter. But destiny had something else in mind. The operation had taken a toll on me and my glands had swollen. I had to go through the routine of part-breastfeed and formula-feed again, although due to different circumstances.

My learning from these experiences

You may face different circumstances and have different physical and mental conditions, but remember, that you have undergone a major transformation. So, you are already dealing with your physical condition; do not overtax yourself. We can give our best, but the outcomes are not in our hand.

Also, I learned that as mother-child bond grow, both people learn from new experiences. Having a child should not be a restriction, it is a feeling of responsiblity and wonder which awes you. The first two years are always difficult, but mothers under go ‘military training’ during first few months and they become adaptable to most of the situations.

Breastfeeding in Western countries is much easier as many establishments like railway stations, trains, restaurants, shopping malls have separate baby care rooms. People there are more open and nursing mothers are a common sight. However, things are changing in India also. Women are venturing out with babies, going to college, office(daycare in the office building) and nursing them as required. 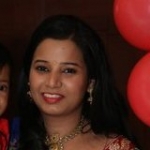 Gilu Joseph’s Breastfeeding Pic Is Aesthetic, Sure! Now Can We Have Some Practical Support For Breastfeeding?