5 Reasons Why We Are Cheering The Breastfeeding Cover Of Grihalakshmi

Grihalakshmi's cover on breastfeeding has left the nation divided. However, here are 5 reasons why we're cheering the magazine for taking this step forward. 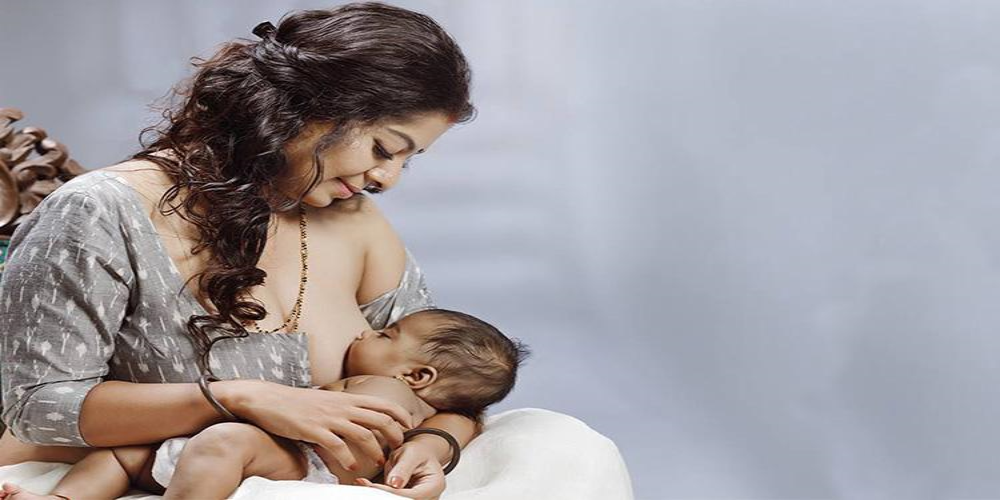 Grihalakshmi’s cover on breastfeeding has left the nation divided. However, here are 5 reasons why we’re cheering the magazine for taking this step forward.

The March cover of Malayalam women’s magazine Grihalakshmi, published by the Matrubhumi group, bears the photo of a woman breastfeeding a child. On Grihalakshmi’s Twitter page, the caption accompanying the picture says,

“”Don’t stare, we are #breastfeeding!”

Grihalakshmi March 1st Issue is out, which speaks about the importance of breastfeeding, and the taboos revolving around it.”

In order to mark International Women’s Day on March 8th, the cover story is a part of the magazine’s ‘breastfeed freely’ campaign. 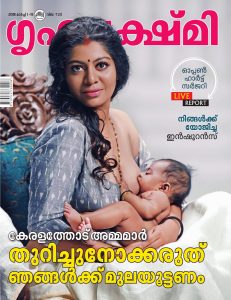 While the internet is divided on the issue of whether this is a step towards the right direction or whether a woman’s modesty should not be at display, a Kerala advocate has gone one step further by moving a district court against Grihalakshmi under the Indecent Representation of Women (Prohibition) Act, 1986. In the complaint, the photo has been alleged to be “lascivious in nature, appealing to prurient interests and tends to degrade the dignity of womanhood”.

Apparently, according to some people, breastfeeding is ‘lascivious’ and ‘degrades the dignity of womanhood’! Whatever might be the outcome of this case, we are rooting for Grihalakshmi for taking such a bold stance in a society like ours.

Here are five reasons why we are cheering for Grihalakshmi’s breastfeeding cover page:

Yes, this is one issue where rural India seems to be much forward than the urban populace. While breastfeeding is a common sight in villages, publicly feeding an infant is a strict ‘no, no’ in most of urban India. Not only is it considered a tabooed thing, but it is also thought of as something unsightly, something that needs to be hidden in order to not offend (the easily offended) fellow Indians. With this focus on breastfeeding, maybe more and more women will feel empowered enough to breastfeed freely and also the discussion around the various aspects of breastfeeding will gain increased awareness.

Breastfeeding is normal, let it be desensitized

Just like menstruation, breastfeeding is the most natural thing in the world. This campaign might spark similar such campaigns in our country thus making people accept breastfeeding as a natural process of life, instead of adding shame and guilt to the image of a breastfeeding woman. The topic of menstruation received a lot of discussion with the #PadmanChallenge.We hope that Grihalakshmi sparks more discussion around breastfeeding and desensitizes the Indian mentality regarding this subject.

If lingerie models are acceptable, then why not the picture of a mother feeding her child?

Lingerie brands are allowed to brazenly display models in bras, panties, and sexy lingeries all over the shopping malls and on billboards around Indian metros. Then how come the question of decency around a woman’s breasts arise when she is ironically doing something that breasts were meant for, i.e. feeding her child?

The reason why lingerie models are accepted might be because the objectification of women is perfectly normal in our culture, however, when it comes to women asserting their rights and agency to feed their children openly, most of the society goes red faced in shame and the fragile Indian Sanskaars seem to be under attack!

The model looks confidently into the camera

Another lovely fact about the breastfeeding cover picture is that the model, Gilu Joseph, stares directly at the camera. It seems like she is confidently smiling at the onlooker while breastfeeding, almost challenging them to keep staring at her as she is NOT ASHAMED. What a beautiful way to portray the entire act of breastfeeding! Not a shy mom looking away from the camera as her ‘modesty’ is exposed, but rather a proud mother asserting her rights to breastfeed her child without an ounce of hesitance!

A Hindu, married woman can breastfeed in public

Initially I felt that not putting vermilion, the sign of marriage for Hindu women, on the parting of the model’s hair would make her a more inclusive image of breastfeeding thus including women of other religions along with unwed or single mothers. However, there’s one good thing about the vermilion as well. It seems to be directly challenging the rising conservatism and intolerance in Hinduism under the current political regime.

Arguably, a married Hindu woman breastfeeding in public, will not be taken kindly by the Hindu fundamentalists who want women to dress ‘decently’ and be subservient to the ‘traditions and cultures’! This seems to be a fitting reply to all such ‘protectors’ of the Indian culture.  However, I do hope that this magazine or somebody else will do similar shoots with women of different faiths and women with no visible signs of marriage on them, as well.

Three cheers to Grihalakshmi for taking a step in the right direction. We are proud of your stance and we wish more organizations follow your footsteps in the future. Breastfeeding is a normal part of life, let’s embrace it in all its glory instead of hiding in shame under the pretext of ‘modesty’ and ‘culture’.