It was unfair that I was not selected just because I am a woman. And why did they take my interview anyway, if they had already decided to hire a male candidate?

I woke up early as I was excited about the big interview. I was pretty confidant about getting the job. I had already cleared the written test and the first round of interviews. Today somebody from the top management was going to take the final interview.

I reached the venue in time and saw my friend already sitting there! He too was equally excited. We were the two lucky ones who cleared all the rounds and reached the final phase.

Our mentors prepared us well for the final round and wished good luck to both of us. Now it was all up to us to get the job in our kitty. We two were great friends so there was no question of rivalry at all. We also knew that there is just one position open and only one of us will get through.

This interview was a special one because it was for the first time we were appearing for such a big company. We knew it could shape our career well and our future was secure.

We were not nervous but we were impatient. We wanted the interview to happen soon so that we could crack the good news! After an hour of waiting we started getting even more impatient.

It was a small room with a huge black couch, a corner table with fresh flowers and a few magazines. A coffee machine that looked tempting but we pretended to be too decent to enjoy free coffee! There was also a room freshener that constantly kept making a typical irritating voice.

We had already spent an hour in the room, taking pictures, talking nonsense and feeling elated just because we were sitting in the huge couch of this huge company!

My friend decided to inquire about the interview at the reception so he went out. I preferred to be in the room till he returns. He returned with the update that our interviewer was in a meeting and the receptionist had no idea when he’ll come out so we decided to finally grab a coffee and continue waiting!

After waiting for another hour or so I was asked to follow the receptionist to another room. Finally, time for the big interview!

It started with some formal questions followed by some personal ones and went on for about half-an-hour. What happened next was beyond my imagination.

He ended the interview saying, “You are excellent but I am sorry. I would prefer a male candidate for this role.”

I was shocked. I got furious and I didn’t remain quiet. I forgot that he was from the top management and I was just a fresher. I argued, expressed my resentment and left the room with displeasure.

Eight years have passed but this bitter experience is still fresh in my mind. I was disheartened but I am glad that incident didn’t stop me. I thank my mentors who encouraged me to prove him wrong. Later I even bagged my dream job with a much bigger company.

I don’t hold any personal grudge against the interviewer, but it’s really sad to see how even in today’s world women are being judged just for being woman. 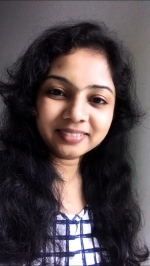