Miss India 2018 Anukeerthy Vas, raised by a single mother, yet again bears testimony to the fact that single mothers are raising strong, independent children despite adversities.

Miss India 2018 Anukeerthy Vas, raised by a single mother, yet again bears testimony to the fact that single mothers are raising strong, independent children despite adversities.

One of things that drove and inspired Anukeerthy Vas in her journey that lead to her successfully becoming the 55th Femina Miss India ,was her mother.

Raising a child is no cakewalk, especially for a single parent. It’s comparatively more harder for a women living in a patriarchal society like India. Then, there’s the case of single mothers, many a times abandoned because of giving birth to daughters. But stop! Don’t pity them; they are excellent parents who’ve nurtured and shaped successful children.

These women have deconstructed taboos around single mothers and proved that they can achieve anything and enable and equip their daughters to do the same.

Taking on the role of two parents these women have instilled values, grit and resilience, that incline their children in achieving whatever they want. They have taught the virtues of hard work and love by example. They have worked hard both at work and home to provide for their children. They have not allowed their weakest moments to define them and taught their daughters to learn and grow from adversities.

Be it Seelena Vas, mother of Anukeerthy Vas who has brought up her daughter as a single parent from when Anukeerthy was four years old and her father went missing; or Neera Chopra, mother of former Miss India and actress Pooja Chopra, who raised her two daughters after she left her husband who did not accept another girl child, these women have braved the world and shown that they can make all dreams come true.

These are only two examples out of the thousands of single mothers and daughters who are constantly striving for a better life.

Single mothers have to fight the patriarchal society every day!

In many cases, women are left to raise their daughters alone as they are shunned because they gave birth to a girl child. Well, it’s a patriarchal society and having a girl child equals to collecting huge sums of dowry. Our society hates a female child so much so that there has been acquired genocide, female foeticide for decades. Now, that it’s been made illegal, we indulge in female infanticide. India has one of the highest rates of female infanticide in the world.

Thousands of mothers are asked to kill their new born girl child only because of her sex, failing which she is abandoned. Even though science has developed so much and it is a known fact that woman is not responsible for determining the sex of the child, society still blames her- a baseless, inhumane blame at that.

Owing to this mindset, women are not educated enough, not given proper jobs, denied equal pay and many more such things that makes the life of a single mother next to impossible. Divorced women or unmarried women many a times loose support of their families and are left to fend for themselves. The shame that these women are made to feel, elevates their problems to the next level.

Kudos to these single moms!

It’s high time now that we realize that single women are completely capable of raising children on their own. Mothers of Anukeerthy Vas, Pooja Chopra, Angelina Jolie, Halle Berry even Barack Obama are a testimony to this fact.

Actresses such as Urvashi Dholakia, Neena Gupta, Pooja Bedi, Kamya Punjabi, Poonam Dhillon are single mothers  whom we can look up to and undo the prejudice against them.

What’s important is that we know that women are capable of running a home, raising children, managing a job and doing everything else. So instead of pitying or shaming these single mothers, let’s support them. Let’s look at them, learn and raise our daughters too to be independent, strong and beautiful human beings. 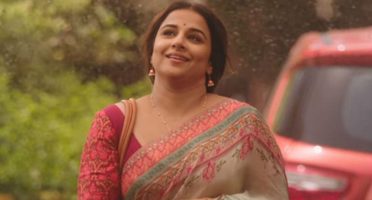