Twenty year old Gayathri Subran becomes the first Dalit woman pilot. Her story teaches us that sky is the limit for those who dream big. 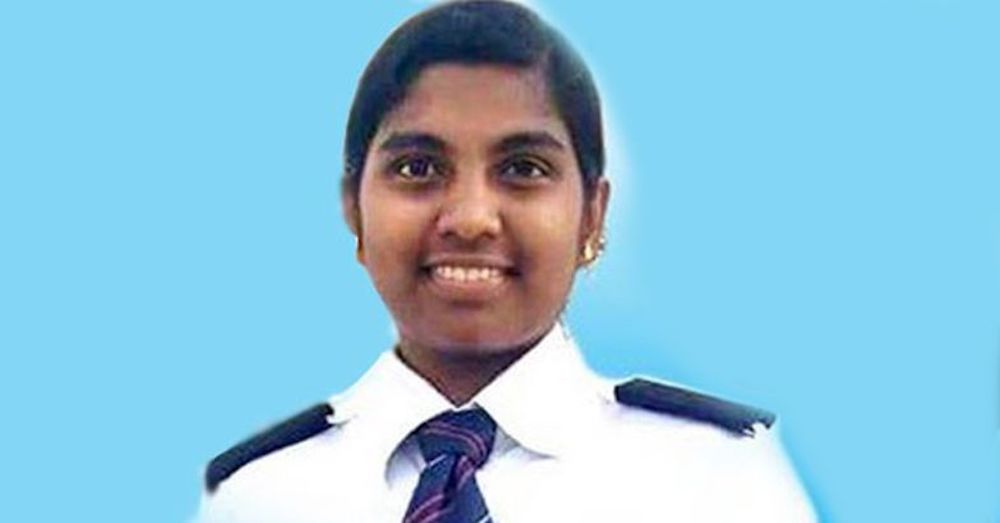 Twenty year old Gayathri Subran becomes the first Dalit woman pilot. Her story teaches us that the sky is the limit for those who dream big.

Great pilots are made, not born. A man may possess good eyesight, sensitive hands, and perfect coordination, but the end result is only fashioned by steady coaching, much practice and experience – Air Vice Marshal J.E ‘Johnnie’ Johnson, RAF

In a country where caste prejudices still exist, we have a reason to cheer. And the reason is Gayathri Subran. Hailing from Kunjukuzhippadam, Trissur the young girl of twenty has done it. She is the first Dalit woman to wheel an aircraft and has become the first Dalit woman pilot ever. Very soon, she will be obtaining her commercial pilot license.

Each day the newspaper brims with stories of rape, death, molestation and amidst this, the uplifting story of a young Dalit woman pilot came as a breath of fresh air. This was a delightful piece of news in the otherwise patriarchal and misogynistic society. When we hear of pilots, we generally read about male pilots. But, Gayathri has changed this perception. The internet is full of news stories about her and rightly so as she is a glaring example of someone who has broken the caste stereotype.

Born to parents Pappanayil Subran and Sakunthala, Gayathri had always dreamt of being a pilot. She hails from a poor family where her father works for the Kerala State Financial Enterprise as a chit fund agent. Her family dwells on a two cent plot of land with a bed ridden grandmother. But the financial condition did not make the family stop their girl from following her dreams. With schooling done in the vernacular medium her family sent her for a spoken English course on completion of standard twelve.

When I was a little girl I always dreamt of being a danseuse and used to put the bells on my feet and dance even before getting enrolled in the dance school. And I find a similarity between me and Gayathri. She too spent countless nights watching the aircrafts flying high in the sky over her thatched hut. With the support from the family which stood by her as a rock Gayathri joined the aviation academy at Rae Bareli, Uttar Pradesh. According to the Praus News Network Gayatri kicked off her training by flying alone for twenty minutes at fifteen hundred feet high. Till now she has flown seventy hours and needs to fly another 130 hours before she obtains the commercial pilot license. Young Gayathri has returned home post her theory class. It is just a few hours’ countdown before the flying license will be handed over to her in Mumbai and she starts her commercial flights.

A joyous and teary eyed mother Shakuntala Subran said to Outlook, “The first time my daughter flew a plane was about a year ago. She’d called and told us that her mind had gone numb. She thought she was like a thambi (dragonfly). It was only when she landed she realized the magnitude of what she had done.”

We should certainly learn some lessons from this twenty year old young Dalit girl. Gayathri does not have a twitter or facebook account and now that she has achieved this feat, everyone is celebrating her victory with their facebook posts and tweets. It is a befitting message to those prejudiced by caste and racial discrimination that it is high time you treat everyone equally and with due respect.

Subran’s family though is worried about the debt which they have taken for their daughter’s education but I am sure Subran alone will be able to repay the same once she starts flying.

This story tells us that you should listen to your inner calling and follow your heart. What you do today is a reflection of what you will do tomorrow. Good people do not stay undiscovered for long.

Kudos to Gayathri Subran for touching the sky with glory.