This is a personal dance journey of the author. Though she is a qualified Engineer, she has found her calling in performing, and teaching dance to children. 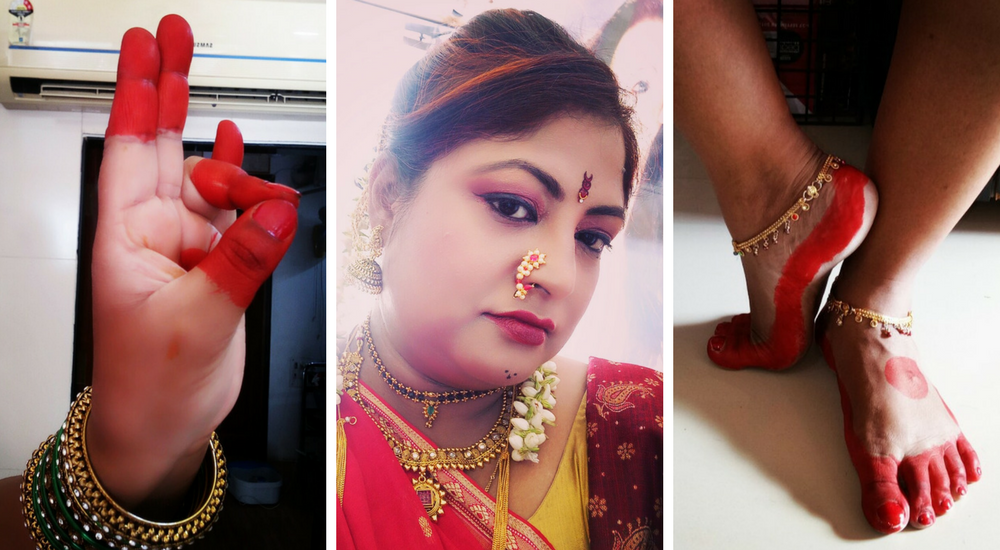 This is a personal dance journey of the author. Though she is a qualified Engineer, she has found her calling in performing, and teaching dance to children.

When I had turned 4, I had celebrated my birthday on a Friday. The following day, on a hot and sultry Saturday afternoon I was playing with my friends when my mother called me. “We are going to meet someone special today”.

I was reluctant and vexed. It was my playtime and then I had the cartoons; I retorted, “I am not going anywhere”. My mother did not listen. She lifted me and washed my dirty face, hands and feet, combed my straggy hair, tied two ponies, made me wear that polka dotted red dress which I wore on my birthday and then we left. To pacify me she gave me a Cadbury chocolate bar to eat.

We reached the place where I had to meet the special person. It was an unplastered, brick walled house with thatched roof, and I disliked the place. But I heard something else. There was the sound of ghunghroos coming out of the house. It was the home fo a dance teacher.

Hiding behind my mother I saw my teacher. There were several students practicing, to the sounds of the tabla, sitar and harmonium. My teacher reached out to me. I resisted and bit his hand. I did not want to go inside the house but he lifted me in his arms and took me in. The entire one hour I sat on his lap and watched those students dancing. They finished, and then my teacher took those small ghungroos and tied them on my little feet. Those ghungroos had ten bells on each foot – each foot had to carry the weight of ten bells.

As I lifted my small body, the phlegm which was the result of my excessive crying fell on my dress, and he cleaned that as well and then asked me to take my first step into Kathak, the Indian classical dance. I had to touch his feet and also the earth before hitting the dance floor.

I gradually started my steps, one, two, three, and four and even before I could realize I had actually fallen in love with the dance. Each week I looked forward to Saturday afternoons for the dance lessons. It was not always that hunky dory. There were beatings as well when I made mistakes. At times I used to have purple welts when my teacher beat me with the ruler. I remember saying to my mother, “Mummy, if teacher dies I need not practice anymore, so I can go back and play. I don’t like him when he hits me.” All my mother did was to gently stroke my hair and say “He wishes good for you, so he beats you, don’t I beat you when you make mistake in your lessons”.  The reply was cogent. The lessons continued and I was twelve when my teacher suggested I learn Odissi too.

My journey with Odissi started at age twelve. I had started with Kathak, then Odissi – I performed several recitals, I won the National level Scholarship, and I toured throughout India and performed. I forgot my beatings; all I knew was to dance. It was a prayer for me; I went into a state of trance performing those steps.

But things changed post my graduation when I started working. I could no longer dance. I had no time. I was called for recitals but I declined and I got lost in my career.

I was in some meeting when I received a call from an unknown number. I disconnected. The call kept coming, so I had to excuse myself from the meeting and take the call. I got the news. My teacher from whom I learnt Kathak had lost the battle of life at age Fifty two to cardiac arrest. I had no time to grieve. The memories rushed back but I had to let go to move on.

Two years later, I received another call from Kolkata, again from an unknown number. I answered the call; I heard a trembling voice, “How are you? I heard you come here but don’t come to see me. Will you come to meet me this time? My days are numbered. I am in stage IV of Leukemia. I wish to see you and your daughter”.

This time I could no longer hold myself. It was my Odissi teacher. Breaking into loud sobs I said, “You are not going anywhere, I will fight with HIM for you, I always wanted to meet you, but but but but…” I could not lie to her that during my visits to my native Kolkata I preferred to go for movies, meet my friends and party with them.

So after a long gap of twelve years I pulled on my ghungroos. I wore Alta on my feet and I danced alone in my room. I was weeping bitterly as I danced with the same old taals, thumkas, gharanas but I kept dancing. My daughter who never had any interest in Indian classical dance kept peeping; she panicked. She tried to stop me but I wouldn’t. All the steps I danced once I kept repeating.

On 3rd April 2017, I was at my daughter’s school, when I caught a glimpse of their dance teacher tutoring the children. I do not claim to be perfect, but the steps which he was showing were not correct.

I took the plunge; it was on 3rd May 2017 I opened my own dance school. There were several mothers who had earlier asked me to train their children on Indian Classical dance and I had refused, but this time I had to reach out to them for their children. Unfortunately many of them had enrolled with some other classes and I started with just one child of age four, the same age I started my dance lessons. Tears streaming my face I remembered my mentor when I asked the child to bend and seek blessings of Mother Earth. The journey as a dance teacher started. Within six months I had nine children whom I now train in Kathak and Odissi. Being a Bengali I try to teach them Rabindra Nritya also. So finally I did it.

I opened my dance school where I teach children Indian classical dance, occasionally giving to their demands on teaching them Hindi movie dances and also folk dances. I always dreamed to be a teacher, so I did it in year 2017. I am a dance teacher. All I did was to listen to my inner calling, it whispers and we need to hear that whisper and follow what it says.

This is my story, an Engineer and an MBA who finally started her dance school in 2017. Yes I did it.

Dance with your heart and your feet will follow. Life may not be the party we hoped for, but while we’re here let us all forget our troubles and dance. There is a short cut to happiness; to dance is one of them.