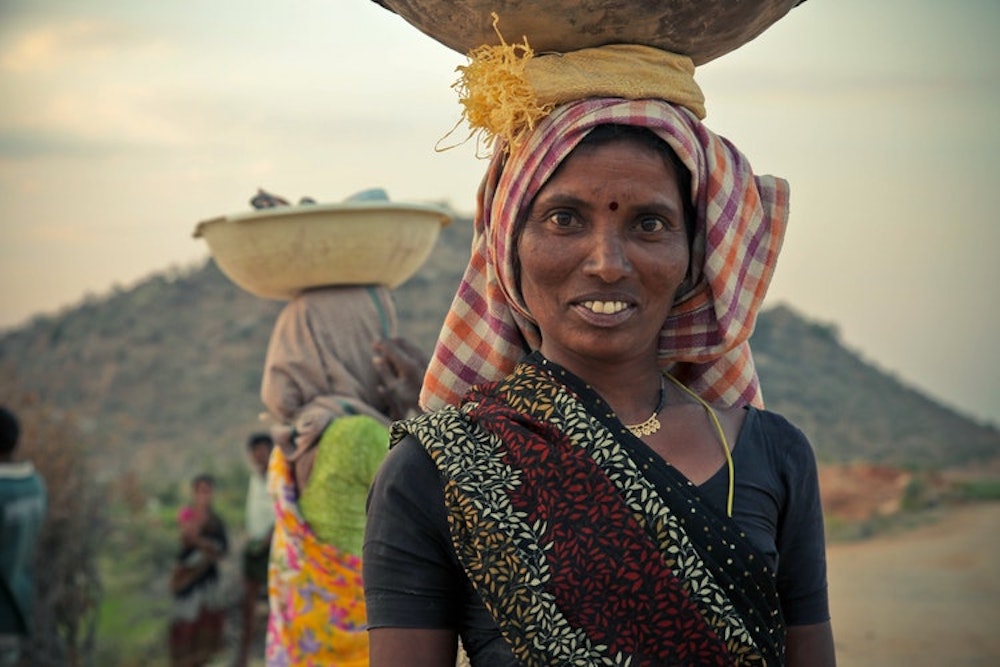 Think Caste Discrimination Is No Longer A Problem? My Personal Experience Tells Me Otherwise!

Think that caste discrimination doesn’t impact society anymore? This personal account shows how our privileges can make us blind to the injustice prevalent around us.

If you think that caste bias is a thing of the past and India has moved into the 21st century with modern belief systems, you are mistaken, my friend.

If you thought that maybe this inequality exists only in rural areas, you are wrong again.

If you are consoling yourself by saying you haven’t been a part of anything minutely related with discrimination of the unprivileged, you are in the dark, my friend.

My name is Nitisha Pandey and I belong to the Brahmin caste. During my recent field visit to a remote district of Madhya Pradesh, I realized the privilege of my surname ‘Pandey’ which denoted that I come from the so called upper caste.

Most high-level officials I met was a Dubey, Jha, Mishra, Tiwari, Upadhyay, Chaturvedi, Dwivedi and their likes. How have I been so unaware of this reality until now? Why was it suddenly so starkly evident to me? This focus on caste and the feudal practices were recurrent in my visits to villages, administrative offices and conversations with people throughout the rural immersion. I had too many questions and no answers.

The multiple encounters with educated stakeholders who focused intensely on my surname and the biases associated with it came as a shocking realization.

If you still haven’t understood, this is the shadow of caste which has been following me everywhere like a black cloud hanging over my head, refusing to go away anytime soon.

Among other disturbing experiences was a conversation with a man who works on tribal welfare for the increasing number of children dying of malnutrition. He spoke about how if people die in other parts of the country (Mumbai, Delhi) there is so much coverage by the media. However, no organization came forward to help when thousands of children died.

Are the lives of these kids from the so called backward communities less important to garner the attention of the government, media and the country?

In the book titled ‘Looking Away’ by activist and ex IAS officer Harsh Mander, I first read about the ‘legitimization of prejudice’ but I didn’t quite understand what it meant. Once I started following more readings on the issue, I came across a documentary movie called ‘India Untouched’ on the existing caste biases in India which shook me to the core.

Growing up, I had been aware of the economically unequal status of people in my society. I have been raised in a culture of ingrained class and gender biases which are prevalent in our homes, schools, colleges and even extend to workplaces. But I failed to notice this shadow of caste which normalized inequality and indifference.

The time is now, to care.

How can we even begin to think of development, when Dalit children are made to sit on the floor and discriminated against in schools?

When the girls from Dalit communities are made to clean toilets in schools, when you can feel the palpable differences in certain areas of the village as you move, when Scheduled Caste and Scheduled Tribes comprising 25% of India’s population (According to the 2011 census) struggle acutely to meet even the basic necessities like food and water – how are we aiming to transform people’s lives through technology as our Prime Minister claims?  Even after institutional safeguards and affirmative action, these people haven’t been able to take the benefit of these provisions.

In the recent years there has been this buzzword in India around growth and development of our nation. India is the world’s 6th largest economy with a GDP growth of 6.7% according to IMF in 2017 and is expected to rise to 7.5% in 2018 according to a recent report in The Hindu. India also ranks 100th among 119 countries on the Global Hunger Index and 131st among 188 nations on the Human Development Index. Is this the development we are talking about?

When we have failed to recognize the existing disparities in our own societies with respect to caste and class, it is going to be an enormous task to overpower these internalized norms and override the century old systems of the exploiting class.

Even as educated individuals we give out accusations for the reservation that exists for the upliftment of households that have suffered through generations of violence, poverty and indignation. We argue for merit and equality, all the while ignoring the socially constructed differences which we are living every single day. I guess, this culture of insensitivity is the prerogative of the entitlement which the so called upper class operates with.  One may argue that this may also be due to lack of awareness and knowledge of what is right, but that doesn’t dilute the fact that the ownership to do the right thing doesn’t exist in most individuals.

We can have social advancement only when the individuals today decide to become humble and responsible citizens of the country. It is on us now to build equitable and inclusive societies that understand their role in the development of the country and work towards changing mind-sets for a truly progressive India – one where all children in schools will be treated fairly, where all of us can eat at each other’s side from the same plate, where my surname will no longer be my identity.

And even if everything else gets too difficult, let us all in the least, care.

By Nitisha Pandey, a student of PGP in Development Leadership at ISDM

Family Pet To Survivor Of Honour Killing, Kowsalya’s Story Tells Us Only Obedient Daughters Are Loved