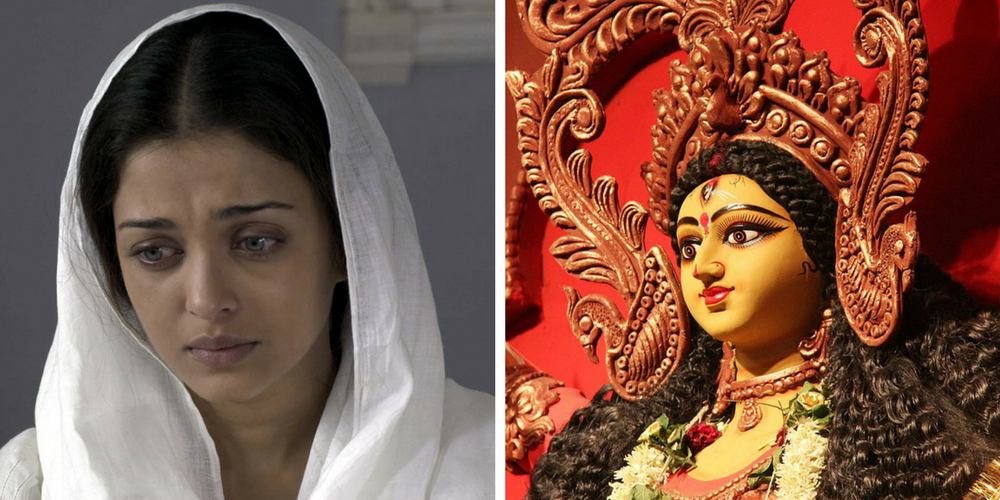 Red Is Her Favourite Colour

She took the corner of her saree and rubbed it on the earth. The brown color touched the white. From now on she could become anything she wished to be, like the earth.

It was Durga Dashami. There was Sindur Khela in her colony’s Puja Pandal. She sat on her verandah, with a few people around. Her husband had died from over drinking. Someone quickly gave her a white saree and wiped off the sindur. She wore the Saree and covered her head, feeling relieved. White felt light. Taking off the little jewelry that she wore felt good. She felt free.

A few women around were whispering that her destiny was cursed. She was born to poor parents, and now just a few months after her marriage, her husband had died.

She silently gazed at the Goddess Durga’s idol far away. She looked at the red color on the Goddess and suddenly remembered that red was her favorite color. There was only the red frock that she had worn as a child, and her red wedding dress. Post that she hated red. As red would ooze out of her body each night. Her husband hit her, drunk, every day.

It was time for the body to be taken away. Someone asked her to prostrate before the body one last time. She obediently did. But a little towards the right. The idol of Durga was also being taken away for immersion. The ‘Dhak and Dhol’ filled the air. She in fact prostrated before the Goddess and thanked her, for this gift of freedom, one more time.

The body was taken away. So was the idol.

She took the corner of her saree and rubbed it on the earth. The brown color touched the white. From now on she could become anything she wished to be, like the earth. Free to become the ocean or the idol immersed in it. But first she wanted to wear red, one more time.

The Goddess smiled as she passed the street of that young woman wearing white. No one noticed, but as the Goddess passed, the street was smeared red.