Move over chowmein-blaming-politicos, new heights of ridiculousness achieved by this Kerala professor who thinks woman in jeans = transgender children. 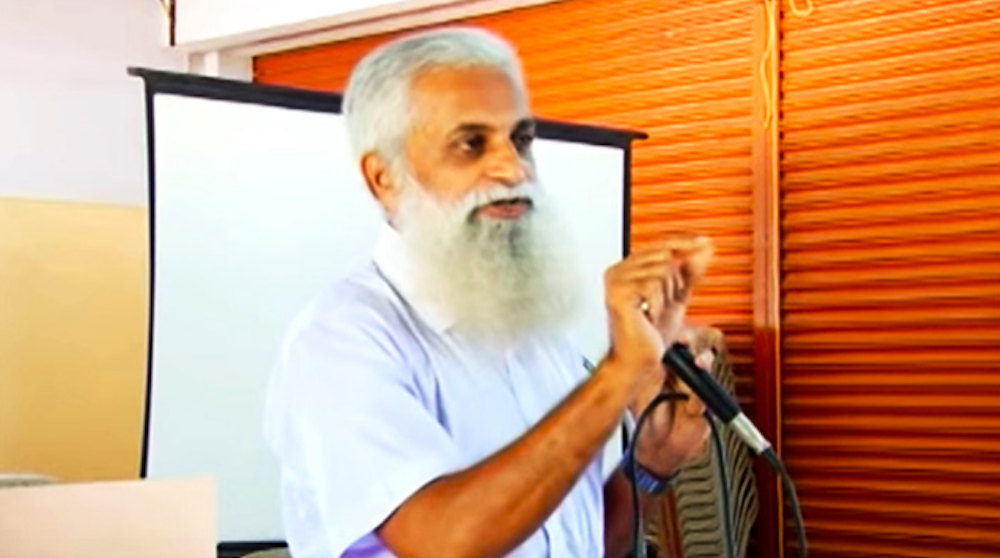 If you thought we’d reached the heightAs I open my laptop and start penning my thought about the horrendous remark of this professor from Kerala, Dr. Rajith, it pains me. It angers me too. Really it does.

As if all the misogynistic and sexists rants we’ve heard so far weren’t enough to attack the dignity of a woman, here we have a so-called educated man strewing his venomous and unforgivable opinions about woman and their anatomy per se. I wonder, where do I begin ? Seriously, I am totally at a loss for words as I gather my thoughts on what must be the mindset of a man who thinks that a woman wearing jeans gives birth to transgender kids. I mean, seriously? Did he really say that? Yes, he did and that’s the truth. Unfortunately we all have to gulp down that our throats. Obnoxious!

Women and childbirth have always been a topic that has been hugely marred by patriarchy. A woman is blamed hands down for giving birth to a female child, and not to a male child. Even today. The truth is, it is the male sperms, which decide the sex of the child.

Furthermore, if there is an issue with child bearing, a woman is blamed as if she alone is responsible for anything and everything to do with bringing a new life into this world. I mean, just because of the fact that a woman is the one who bears a child, the onus is on her. Right? And, now, this so called Professor Rajith has given statements that are not only a dent on womanhood but on humanity as a whole.

To make things worse, he also added that child born of a ‘rebel woman’ is in all likelihood going to be autistic. He essentially demeaned a tough situation that is being faced by several parents all around the world. This is unacceptable! Btw, can anyone enlighten me on what exactly he meant by a ‘rebel woman’? Someone who fights for her rights…yeah?

Given a chance, I would like to hold this man by his throat and tell him aloud that I have worn jeans since the time I knew nothing about sex. I have given birth to two kids and still wear jeans, for god’s sake. My kids are doing fine. How? Some miracle, is it? I have rebelled time and again against what I found wrong. I still do, and will keep on doing it, wearing my jeans. To add to it, I was nastily rebellious all through my pregnancy. Mr. Professor, none of my kids are autistic. Can you care to explain why on earth your theory has so miserably failed here? Any statements, please?

I don’t know what should be done to such flag bearers of patriarchy. Put them behind bars, humiliate them in public, debar them from all societal obligations or counsel them, maybe? Because insanity prevails here. But, it is a naked bare fact that such a man is a danger to society. He is a criminal, a poison, a potential death knell to scores of men and women who look up to him, because he is an educator. Sadly, he is a professor who teaches microbiology. In an era where it is a bitter battle to instil a sense of worth and dignity in a woman in this messy patriarchic bedlam, such men act as parasites and leeches who prey on the vulnerable.

To such creeps, all I can say, men like you are the dents and holes in society and not women, clad in jeans, who live life.