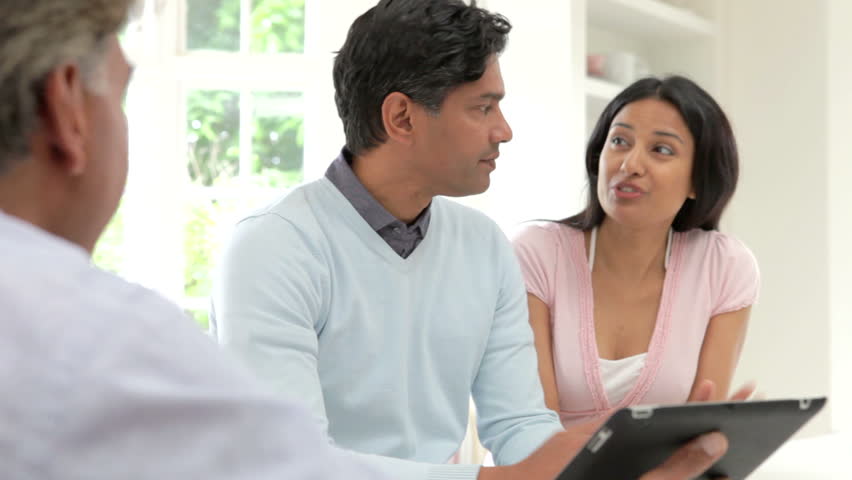 5 Real Life Couples Handle Money In Their Own Unique Ways – How Do YOU Go About It?

Do you believe in telling all, or hiding some things about your money matters in your marriage? This can be a sensitive issue in many ways.

A few days before I was to get married, a close friend’s mom gave me some advice, which stood apart from the usual unwarranted advice I was receiving as a bride to be.

She told me- “You might think that what I say is wrong. That I am teaching you bad things, like keeping secrets from your hubby. But trust me, in the long run it will only safeguard your interests and that of your relationship. I would always wish that God bestows you with happiness in life, but life is unpredictable. God forbid something were to go wrong between the two of you, you will need money to lead your life. Although people say, ‘don’t be money minded,’ but the bare truth is that money is essential for a good life. Why just a good life, even for basic necessities like a roof over your head and two meals a day, you need money.

It’s in the best interests of the husband and wife, that with regard to money matters, some discretion is maintained. Every rupee you earn, how to you spend it, invest it, the hike you get- each and everything need not be disclosed. Just like it’s always said that some matters are meant to be kept private; this is one of those.”

I knew this aunty since many years; she was a single mom. Due to some unfortunate events her husband and she had got divorced after 10 years of marriage. Aunty used to to work in an NGO and earn a small sum, which she dutifully handed over to her husband, who would manage all finances. Although educated, she didn’t even know how to operate a bank account. When they got divorced and aunty asked for her share of the income of so many years, she was refused. Though she received maintenance, it was a huge blow to her. She realized that she she should have taken accountability of the money she had earned.

I put money aside in my minor daughter’s name, and my husband needn’t know

About 10 years ago when I was a CA Intern and had gone to audit a co-operative bank in Bangalore, I met Seema. A mother of one kid, she was quite a cheerful lady. She worked as a teller in the bank. During the course of the audit, we got chatting.

I was shocked to know that she kept some part of her salary hidden from her husband. She had opened a bank account in the name of her minor daughter, and kept depositing money into that. The passbook, cheque book, etc were kept under lock and key in office and never taken home. Her husband was completely unaware of this extra money she made.

As a 21 year old I was repelled by her secretive nature; why didn’t she disclose this to her husband? When I asked her, she told  me that her husband was already in debt and he kept taking loans to meet the needs of his family. They were already facing the brunt. She wanted to make sure that her daughter’s future was secure, and that’s why she did this. She felt no guilt about it, in fact she was happy that she was doing something for her child.

My money or your money?

Radhika is a 25 year old MBA who graduated from a Tier 2 college, and secured a well paying job. Her parents got her married to a distant relative who was not earning as much as her, but as the family was known to them, they thought that it would be a good match for their daughter.

The husband & wife shared a good relationship, the only thorn in their happily married life being money. As Radhika earned well and had lived in a metropolitan city, she liked shopping, fine dining, and visiting new places during holidays. Her husband was a small town guy, and considered splurging money on all these things as a waste. Why not invest that money in shares or to buy a flat? When they went out to eat, every time, she was the one who paid the bill.

Over a period of time it started irritating her. She did not expect that they go Dutch or maintain an account, but if she paid twice, it was only fair that he paid the next time. This led to arguments, and over a period of time Radhika being a smart girl, devised a solution. They stopped going out as a couple to restaurants and for shopping. She would go out with her girl friends or take her parents out, when he was not in town. Not the optimum solution, but in the current situation, that was the best she could do.

My wife doesn’t need to know about my finances

Mr A was my senior manager in the company I worked at. A father of 2, with a non working wife, he was always worried about things going wrong. He was in quite a senior position and bright, and I always told him, “You worry for no reason.”

Once during the course of having lunch, we got into the subject of money matters in a marriage. I was surprised when Mr A told me that his wife was completely unaware of how much money he made. It had been close to 10 years of married life, and she still didn’t know how much her husband earned.

“Is that because you fear she may splurge too much on buying unwanted stuff?” I asked.

“Nothing of that sort,” he replied. “It’s my private thing. I tell her that whatever is needed shall be provided for; beyond that, how much I make, how do I invest – that’s not something you need to think of.” I found it strange, but didn’t probe further. Perhaps he had some fears which he wasn’t sharing, or maybe there was nothing?

It’s all ‘our’ money

The Kulkarnis are a couple I truly admire for reasons more than one. A working couple, hands-on husband, witty, easy going, they are a helpful duo. Both work in the IT sector; they pool in their salaries into a joint account which is then used for household expenses, bills, EMI, shopping, and vacations.

The lady also sends money to her parents, which her husband is aware of and is supportive about. She doesn’t cease to be a daughter because she became a wife, he says. Discussions on investing money, buying property, or stocks, is taken jointly, and both are transparent with each other.

They don’t always agree on everything – the husband for instance, loves travelling and wanted to visit Greece but the wife felt it was too expensive a trip. That money could be invested elsewhere to yield higher returns. Finally they decided to save for the trip for a year, a certain amount every month, and at the end of a year they went to Greece. As they did not splurge money at once, it also allowed them to make some other monthly investments. The wife was happy that her POV had been taken into account too.

Too ideal a couple and seldom found in real life?

The more we earn, the more we worry. It was simpler in the time of our parents. The father was the sole bread winner in most cases, and mothers did as they were told, no questions asked. Today with women earning (and also in the case of non working but educated women), there is a need to know how finances are managed, what is spent, saved, and how is it invested for the future of the family.

Hiding things from your partner is often looked down at with disdain; however there are enough cases to show that revealing everything to your spouse may sometimes work to your detriment. Conflicts, separation, and divorce, are a reality in our society today. In such unfortunate circumstances many women (and men) end up paying too heavy a price for surrendering the financial reins to their partners.

There is no right or wrong here as we see in the varied real life examples I have quoted above, but one thing is certain. Money is an important part of our lives, to lead a good life, give a good education to our kids, and be self reliant rather than go knocking on the doors of our parents or siblings.

It’s always advisable for everyone, gender irrespective, to take accountability of finances, have a say in them, and know where that salary is going. Whether you choose to reveal your salary to your partner or not, is for you to decide. Money matters can often result in discord in a relationship; perhaps its better to leave some things unsaid.

Why Should I Agree To Be Dependent On A Man If I Can Earn For Myself?

Facing The Truth… Can I? [#ShortStory]