An older woman and younger man. Why can’t they be a couple? Why do Indians feel it is necessary for the man to be older in a relationship?

Last year, I received a WhatsApp forward before France’s Presidential election. The message took a jibe at the now President Emmanuel Macron, because his wife is 24 years older to him. It then went on to explain how she was a teacher in his school once, and so on.

I was left with a bitter taste in my mouth. By then, I’ve watched a segment on France’s upcoming election on my favourite show, Last Week Tonight with John Oliver and I was aware of the scary fact that Macron’s chief opponent Marie La Pen was a fascist, racist, and hate mongering leader, whose coming to power would mean bad news for not only France but for the entire Euro zone.

What amazed me was that in that text there was not a single mention about how horrible it will be for France and for the rest of the world if La Pen got elected. No! The prime concern in that message was that if Macron becomes the President, then France will have a considerably older First Lady. However, when America gets a First Lady who is 24 years younger to her husband, Donald Trump, no one seems to bat an eyelid!

So, when I was asked to write a piece on relationships that are between an older woman and younger man, in the Indian context I was more than happy. Not only because of society’s looking down upon such relationships but also because of the happy coincidence that I too was a part of such a relationship.

It seems that many Indians still shy away from talking about being in a relationship comprising an older woman and younger man. During the process of interviewing couples for this article, I realized that many such couples weren’t willing to come forward to talk about it in public. It seems that in India even today, a man can get away with being eight to ten years older than his woman partner, but the moment the woman is older than the man by even a year, it is such a huge taboo for society! 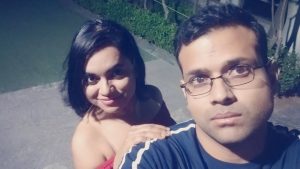 My husband, Dipayan is around 2.5 years younger to me. We met at our workplace in Kolkata. The phrase ‘getting on like a house on fire’ would be the most suitable description of how we became friends almost instantly. However, when it came down to marriage, the biggest issue that his mother raised was about the fact that I was older to him. Though she could never give a valid logic as to why that age difference mattered, she simply said this was a deal breaker!

In the end, when she did concede, she asked me not to reveal my age to any of their family members. She even made sure that we signed our marriage registry papers in the morning so that no other relative could be present to see my date of birth on the forms.

We’ve been married for over four years now. Though we’d not really felt any judgement from our friends regarding this, we did encounter weird reactions from strangers sometimes.

I remember once at a hotel, an official checked both our passports. However, when he saw that our surnames didn’t match and I’m older to my husband, he got really confused, and took some time to decide whether we were really married or just posing as a married couple. Another thing that I’ve witnessed is not exactly negative, but I found it equally annoying. There are some people who congratulate us for our ‘bravery’. We merely fell in love and got married. What is so brave about that? If marrying an older man has always been a given norm in our society and nobody batted an eyelid, what’s so brave about marrying an older woman?

“From women being chattel to assuming actual person-hood and asserting their agencies, this has been a big stretch for society!” 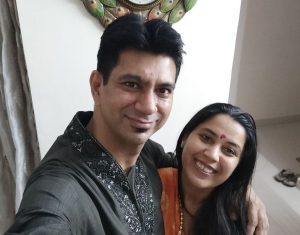 Megha and Rohit are married for over a decade. They are both pediatricians who met at the Safdarjung hospital while Megha was doing her Senior Residency and Rohit was completing his Residency. Megha is 1.5 years older to Rohit and though they didn’t face significant problems regarding their age gap with their families, they did face challenges in their professional lives as it is considered a taboo in the medical circle to date your junior.

Megha advises the society to grow up. She says, “Even 2-3 generations back, women had no agency, no opinions, and we’re still fighting for women’s independence. From assigning the role of a chattel to a woman to the same woman assuming an actual personhood, this has been a big stretch for Indian society.

‘The caste, kundali, age, etc. were of paramount importance while choosing a bride for a man and hence when women are exerting their freedom in breaking these barriers, which are literal game changers in the Indian society, obviously society doesn’t take it kindly.”

“When a man is older in a relationship, that’s considered normal, but why can’t vice versa be okay, too?” 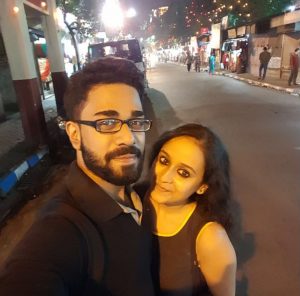 Rashmija is 23 and two years older than her boyfriend, Sagnik. They’d been in a relationship for four years. Initially they weren’t aware of their age difference and their love story started in quite a filmy style with annoyance towards each other. However, it has been a journey towards friendship and then love since that time.

Sagnik says that an uncle once told him, “Women need to be younger to men because they need to discipline their wives.”

One of Rashmija’s girlfriends, who is about to get married to a man eight year older to her, cannot come to terms with the fact that Rashmija is dating a guy who is two years younger to her. Though she didn’t try to argue with her friend, Rashmija was quite flummoxed by this rigid outlook of a twenty something woman. “When it is perfectly alright for her to marry someone eight years her senior, why is not okay for me to date a man who is two years my junior?” she exclaimed.

“In a marriage, compatibility is more important than age, religion or who earns how much.” 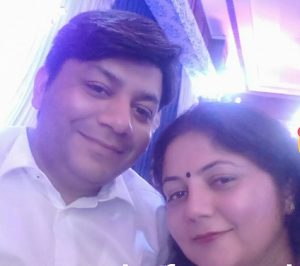 Mamta is in her forties and her marriage breaks quite a few stereotypes, not only is she seven years older to her husband, but her husband is a Muslim while she is Hindu. Though both their immediate families didn’t have too many problems with these differences, the people in their neighbourhood, especially the women, would gossip about the same. Her message to women is that we need to be united in order to be truly empowered.

Mamta says that she shares a bond of friendship with her husband. They are both very supportive and protective of each other. ‘’In a marriage, compatibility is more important than age, religion or who earns how much.” 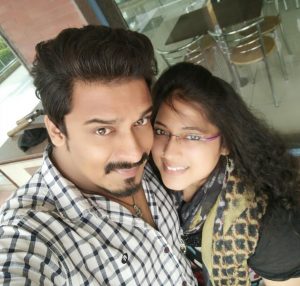 Divya is 24 and her boyfriend is 1.5 years her junior. They are in a relationship for over 6 years. The guy’s family is still not okay with the match as according to them, an elder woman would mean that she will rule over the man! The guy’s sisters are especially against the match. Divya’s own sister in law, who is 4 to 5 years younger to her husband, taunts her by saying, “Woh chhhota hain, isiliye tune fasa liya.”

She still cannot talk openly about the age gap and is forced to maintain a docile appearance in front of her boyfriend’s family because if she expresses her opinions, they construe it as the older woman trying to dominate the man! “I don’t want to rule over him in anyway, why can’t they understand?” she asks in exasperation.

Tell us your story. Are you in an older woman and younger man relationship?