Vintage Love From The Times Of No Social Media! [#ThisThingCalledLove]

The poet remembers her romance in times not so connected on social media, a vintage love that has its own charm, that she wants to share with the next generation.

The poet remembers her romance in times not so connected on social media, a vintage love that has its own charm, that she wants to share with the next generation.

When millennial fast food romance is ruling the times,
This isn’t a mushy one.
It might not ring those chimes.
A story I dish out laced with a traditional flavor.
Do sit back and savor.
When likes, comments, shares,
Play cupid more often than not.
This one from the pre-internet era,
Could be a bit slow or bland.
Done with all my disclaimers
Here I rant off;

A millions moons,
And some three decades’ back,
Two tender teenage minds were getting moulded,
In different havens, hundreds of miles apart.

Stepping nimble feet into teenage,
Google wasn’t the teacher we had,
Tinder wasn’t the temptation to resist,
A few biology chapters were all the sex education we had!
So, it was us and our hormones,
Our hormones and we.
To figure out all the good, better, the crummy!

Maa taught English literature
So, the Bronte sisters, Jane Austen,
Their epics from an era that it was,
Were my favorite refuge and pals.
The more I dunked in them,
The more in their colors was I cast.
No wonder all that ruled the head then,
Were ideal relationships and platonic romance!

First time I had a crush,
“Who let the dogs out?”
Was the question my inner self asked.
“I was supposed to be in charge,
And hold them by the leash!”
At least that’s what,
The naïve me thought!
The upper storey was strong and hot,
Snooty forever was my stance.
A fearless one or a nut only,
Would have knocked at the doors of this heart,
Holding a platter full of romance! 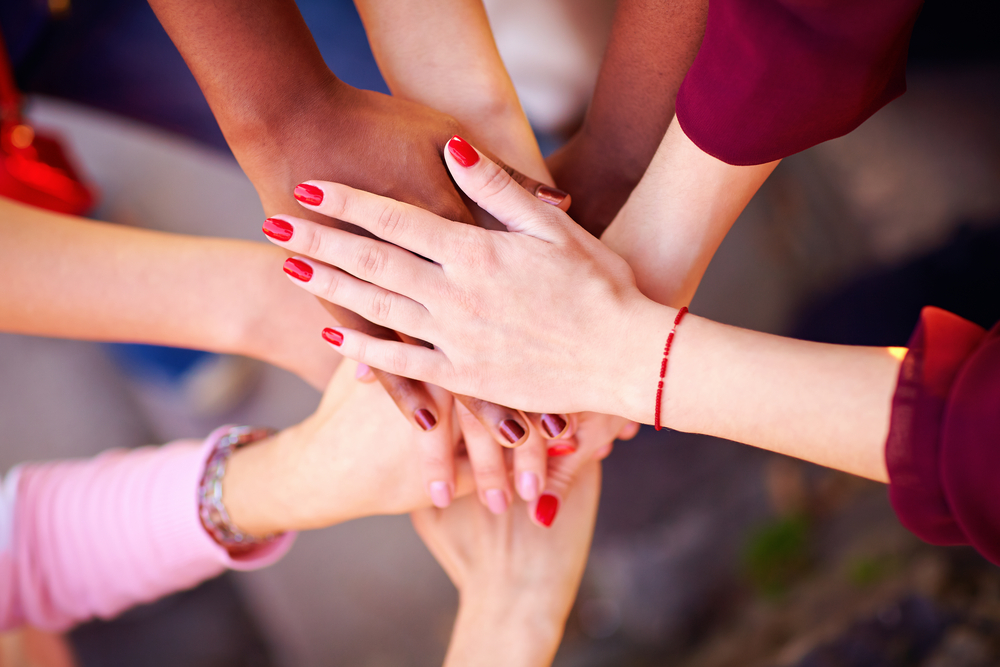 Celebrate And Hold Close Your Teenage Friends! They Can Be Your Friends Forever!

For years, then,
Romance was on an indefinite fast.
With a hawkish eye were attacked,
Grades and academics.
At 20-21, quite done with all of that,
The mind started tickling the heart,
To let open the doors to the angels of romance.

Quite so coincidentally,
The parents proposed a match.
Of boy from a family known since ages.
I too had heard a bit about his academics and adventures.
Despite no Facebook updates.
No twitter profiles to snoop into
Our simple networks,
Or primitive, personal bureaus.
Not much but a bit,
We had managed to stalk each other,
If that is what I could call it.

A fam jam was planned.
Conspiracy was hatched.
The girl and the boy shall decide their fate,
After a heart to heart gab.

On the D day met the clans.
Families went gaga,
Meeting and kindling memories after ages
Old acquaintances, did I say or forgot?
All this while the two young hearts,
Smiled patiently waiting for their part.
Sigh!
No mobiles to play scrabble or crush the candy,
Just trying to pretend,
We were anything but fidgety!

By lunch the wavelength had perfectly matched.
Of families I must add.
The boy was zooming into the oldies’ hearts.
Looked Ma had already swiped him right on her daughter’s behalf.
Sigh!
There were no mobiles to WhatsApp or text,
“Maa, where the hell is the promised tet-e-tet you forget!”

There was a script in my head,
Dying to be performed.
Since years it had been saved,
For a one-to-one with someone.
And then finally we were sitting across,
He and me, me and he.
Only by ourselves!

A weaver of words and verses,
By my own admission.
I was just about to shoot of,
As if in a poetry slam.
But he took the driver’s seat,
And steered the conversation towards a total monologue.
Looked he too was aching,
To unleash a script,
That was in the waiting.

Amazing or alarming?
I was wondering what was that.
The speed that he took off at.
Dying for a window I was,
To be able to jump into that rhetoric.

God bless the wavelenths!
Till now they were quite unmatched.
Inside I was confused with myself,
Why the hell was I,
a listener so doe-eyed ?
Then abruptly the hand was asked,
As if by an astrologer!
This hit me like some bouncer.
Should I stage a walk-out?
But the heart was in some heady trance.
The mind still waking up,
Was asked to just shut up.
And there we were.
His fingers already reading the lines on my palm!
Destinies perhaps being nudged to be ready for a take off!

Result!
We had an engagement that lasted three years
Many of my illusions were cleared,
Some stereotypes we both shunned.
On many a further dates,
All saved scripts in the head were respectively read.
When my poetries were unleashed,
Dreamy eyed he heard.
Of course, we took turns!

All in all, today
22 years of engagement and wedlock
My soft steps,
His gritty strides.
My ground,
His skies.
My pastels,
His ultra brights
It’s more like a rainbow with a myriad of colours!

Our 17 years old often rolls on the floor laughing,
We are as much the same he says as chalk and cheese.
Always in sync agreeing to disagree,
“Hashtag couple goals” is the pseudonym with which he teases.

Many a times I’ve looked up,
To ask that Supreme Matchmaker above,
“What math and science you apply?
To make poles apart meet.
Or do you do it deliberately,
To keep yourself eternally entertained?”

Then next moment I’m asking myself,
“Would I have had it any other way?”

Decades hence now,
At times he pens verses,
I love delivering monologues.
How much we mirror each other,
Still holding identities intact.

But certainly, not the internet.
We made it this far without it!
We all can, I bet

From a different era we come,
Might not relate to a #Valentine’s,
But a red rose is always welcome!

Header image is a still from the movie Tumhari Sulu.

From a geeky economics professor (later administrator), now dancing to the real soundtrack of my life as a writer and a Spoken word performer, life read more... 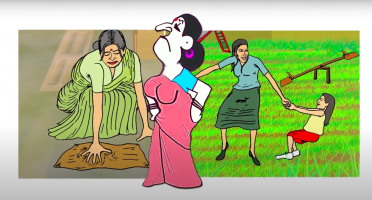 They Managed Our Daily World For Us; Will We Do Justice By Them When They Need Us? 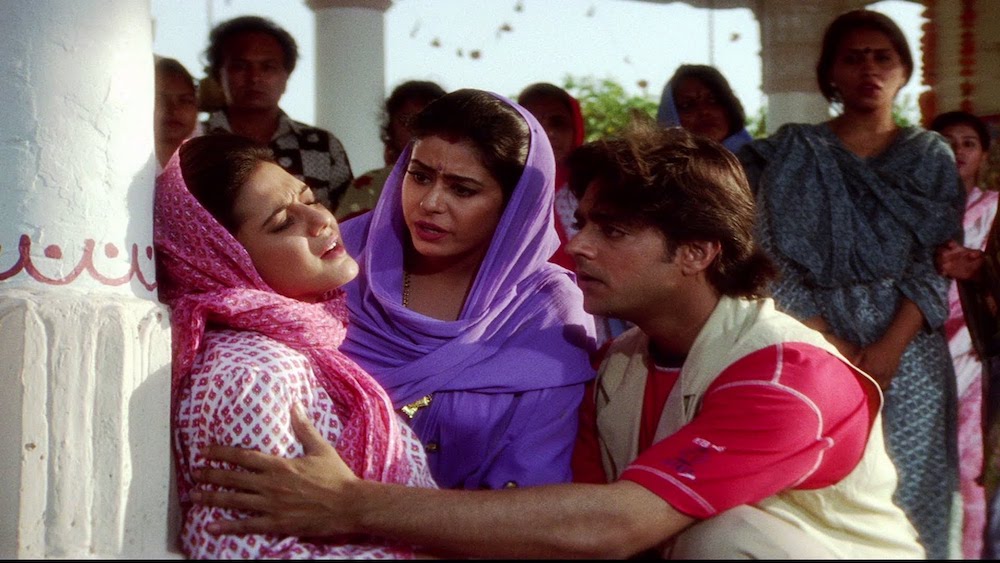 Dang! My Pregnancy Was Nowhere Like The 'Filmy' Style That I Fantasized About! 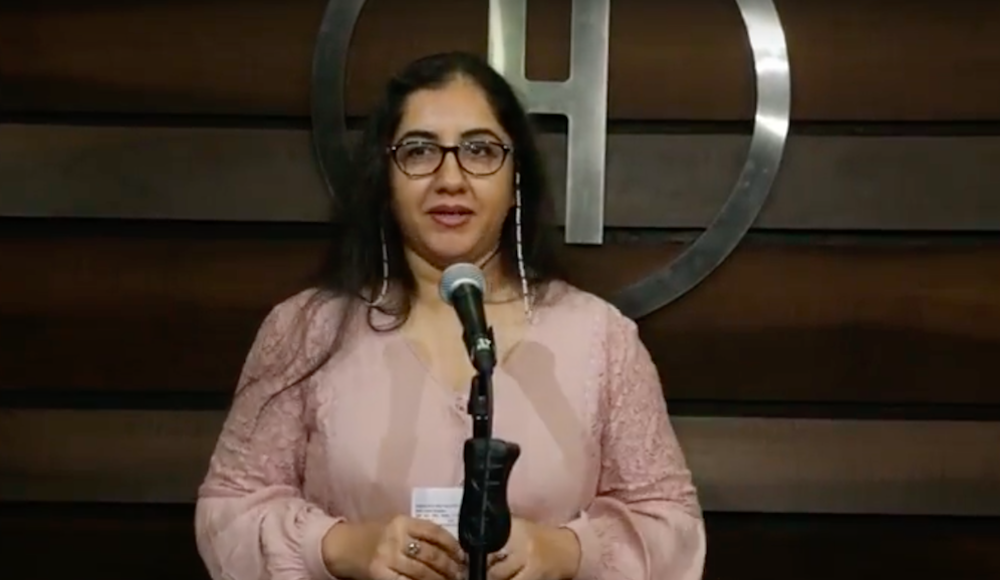 A Mother, A Girl, A Woman... Now Living My Dreams 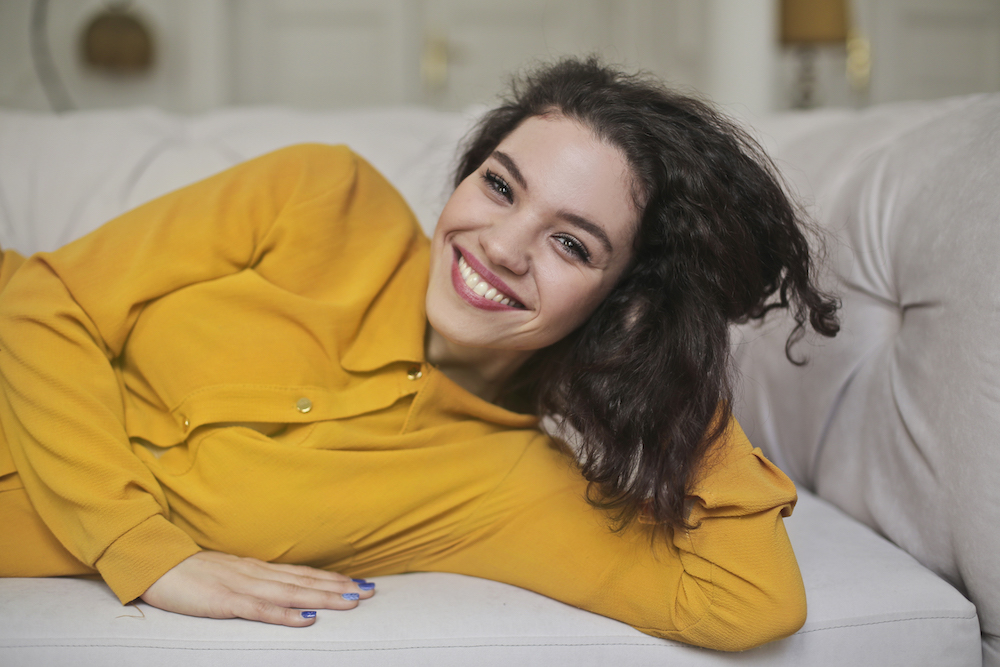 Woman That I Am! Women That We All Are!

Tanushree Desai writes about how she's rather parent her own way with her husband, after unexpectedly becoming a mom following a long infertility treatment.

Tanushree Desai writes about how she’s rather parent her own way with her husband, after unexpectedly becoming a mom following a long infertility treatment.

Pregnancy and parenthood aren’t all a bed of roses, but despite all the toil, what one experiences on the way is a joyful bumpy ride, which empowers a parent from within, and transforms them absolutely, as an individual. Everything seems quite worth it, when they hold their squirmy wiggly little angel in their arms for the very first time, or see them growing up, by leaps, every single day. They are in absolute awe of this divine living being bereft of any malice: so pure, so gentle, so unconditional.

Since the time my son was a preteen, I was preparing myself for his ‘teen’ age! The over hyped and over analysed ‘teen-tantrums’ that I had been seeing in bad Hollywood films and good books had started making me nervous from the time my son was twelve. I was defensive and over prepared. Any natural reaction from him, and I was already blaming it on the ‘future teenage hormones, taking shape NOW!’