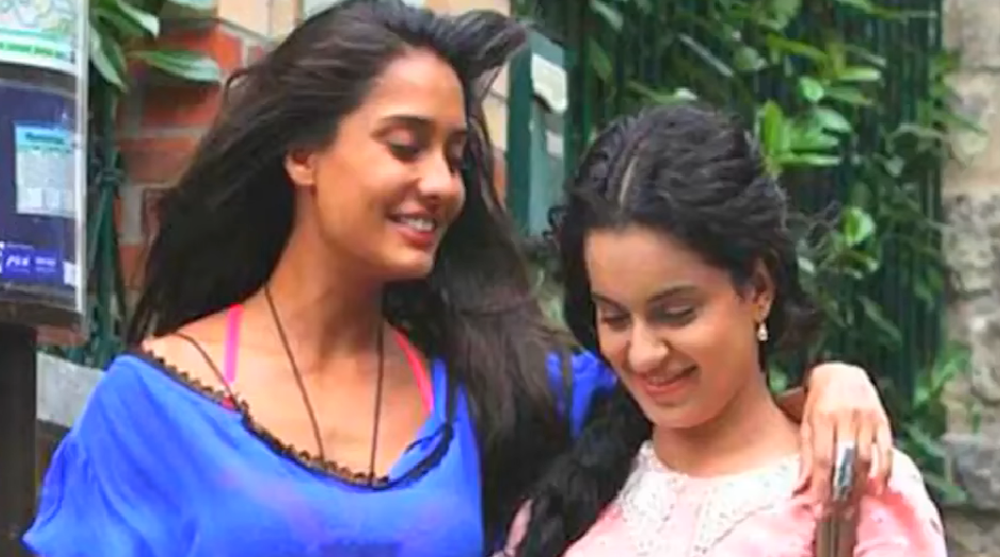 Kangana Ranaut shows us how Sisterhood is done in competitive Bollywood. She seems to be one of the biggest cheerleaders of her female colleagues.

By now we all know Kangana Ranaut to be the rebel who does not bother pleasing people in her own industry in order to be favored by the makers or breakers of Bollywood. The actress has openly spoken out about nepotism, about her experience with domestic abuse, about the fake award shows, and hurt the male egos of many directors with her blatant statements on how poorly the industry treats its actresses. In fact, her Vagina song in collaboration with AIB points out most of the injustices in Bollywood in the wittiest and most hilarious ways.

However, in case you wondered whether Kangana was all for going against the norm, think again. Because not only is she honest in her opinions, she also seems to be one of the biggest supporters of her peers in an industry which is not really widely known for its sisterhood spirit.

In a recent Twitter thread, an user has pointed out how time and again, Kangana stood by her female colleagues, not only showering them with praises or giving them credit for bringing about a positive change in the industry, but also when it came to protecting them against mansplaining journalists.

Take, for instance, this case of a journalist belittling Raveena Tandon’s knowledge of Indian Politics. When Kangana points this out, he quickly clarifies that when he interviewed Raveena around 10 years back then she didn’t seem to know much about politics. To this Kangana replies that ten years back even she couldn’t speak in English, a lot can change in decade.

Or for instance, this clip where she praises Vidya Balan and talks about how her movies, The Dirty Picture and Kahaani paved the way for more such women centric movies in Bollywood.

Or, the way she writes about Priyanka Chopra or Anushka Sharma bringing about positive changes in the film industry.

“I am not someone who waits for opportunities, I like to create them. There are so many woman who are doing that. Like Priyanka Chopra and Anushka Sharma. They are producing, acting and singing. I want to be a multifaceted artiste as well.”

Or, the way Kangana gushes like a little girl about senior actresses such as Sridevi and how much she adored her as a child, or about how she would love to dance with Madhuri someday.

“Right from my childhood till now I’m a big fan of Sridevi. Once at the age of six, I saw her in an advertisement for the very first time and at that moment I asked my mom to break the TV so that I could get Sridevi out of it.”

“I was bowled over when I saw Ishqiya and when I was offered the sequel, it was as if I was destined to do it. If I do get a chance to dance with Madhuri Dixit, it would be the most memorable moment of my life.”

Even when she is credited for creating a shift in the traditionally male-centric Bollywood, she doesn’t forget to mention other actresses and how their collective efforts have brought about this positive shift.

These are some of the instances that go on to prove that Kangana Ranaut is not only a rebel seeking justice in a patriarchal industry, but she is also one of those women who know and value the power of Sisterhood. She seems to be someone who truly understands that a woman of substance inspires, encourages, and uplifts other women around her. And together, we all grow.

Header image is a still from the movie Simran.

As Teaser Of Thalaivi Releases, Let’s Ask Ourselves If Kangana Ranaut Is A Rebel By Nature Or Design

Why Is Sisterhood In Bollywood Movies So Rare When Bro Movies Are A Dime A Dozen?