At the recent prestigious Penguin Annual Lecture in Delhi, noted actor Priyanka Chopra laid out her 12 bold rules for success. 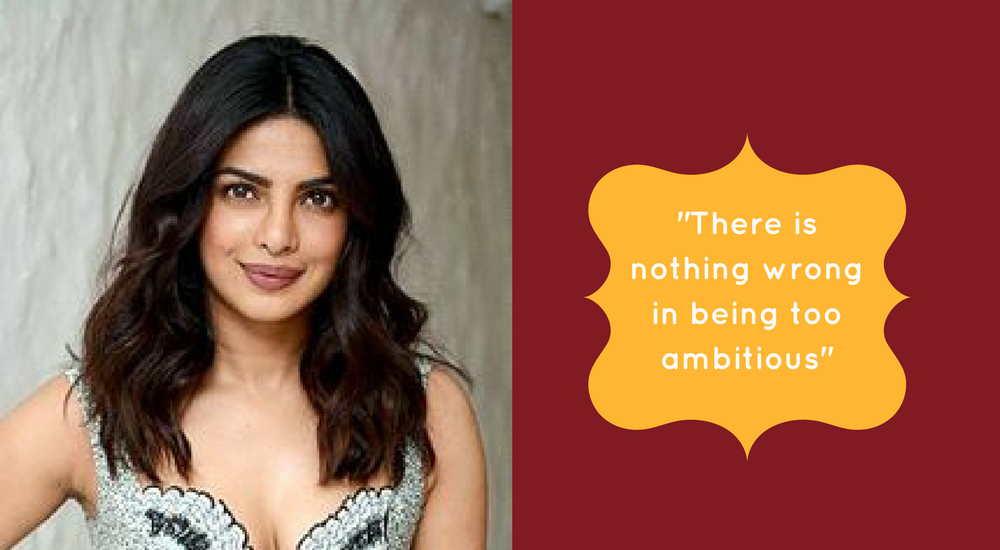 At the recent prestigious Penguin Annual Lecture in Delhi, noted actor Priyanka Chopra laid out her 12 bold rules for success.

Witnessing the gutsy #DesiGirl Priyanka Chopra, LIVE at the Siri Fort Audi in the capital a day after Christmas – what more could I have asked for? At her sassiest and wittiest best, the UNICEF Goodwill Ambassador addressed the gathering with supreme humility.

She acknowledged her thrilling desire for ‘Everything’, a desire which once took her around the globe – from Mumbai to Los Angeles via Berlin only to be able to make it to two of her most important achievements, surprisingly all in a span of 36 hours.

Dressed in a pink jumpsuit, the inspiring artiste began with the powerful 3 F words that she credits her success to – Being Fierce, Fearless and Flawed. And one couldn’t agree more! She has been fearless while managing her career throughout, and it has paid huge dividends.

In her opening note, Piggy Chops stated how much she hated the phrase ‘Breaking the Glass Ceiling’ and that she believed it was quite restrictive. She urged everyone to aim higher than the ceiling, and to break the glass box. Here are Pee Cee’s 12 rules for becoming the best version of yourself, which is all the inspiration you need as you begin 2018.

There’s only ONE YOU

Understand what makes you unique. Go after what you want, not what is expected out of you or by the society, which is largely patriarchal. Don’t be afraid of change, for it is the only constant. Your dreams will evolve. She wished to be an aeronautical engineer, and all the various hats she dons today with such perfection was never thought about.

Give wings to your dreams…

…no matter how far-fetched they might seem. Believe in them. Go grab the opportunities which come your way. Recognizing opportunities is very important, as they don’t come too often. Be fearless while pursuing your dreams.

Don’t apologise for your ambition

You have never “ARRIVED” enough to stop exploring new opportunities. There’s nothing wrong in being too ambitious, and here she called out to the women in the room, specifically. Don’t be apologetic for having an ambition, a career or anything.

…for your dreams that is. Be hungry to pursue your ambitions.  You can have everything you ever wanted.

#NeverSettle. Don’t live by someone else’s benchmarks and don’t let anyone dictate who you are and what you do with your life. Fight for your dreams and MAKE THEM HAPPEN!

No matter how much you hate failing, sometimes you would fail. The only way to push aside failure is to move ahead. RISE from your failures like a Phoenix.

Take calculated risks. Priyanka Chopra recalled working on a negative role in Aitraaz, a woman centric movie around fashion and then leaving Bollywood at the peak of her career for Quantico, all of which were gambles at that point in her career and ended up as major milestones on her journey.

Surround yourself with positive people (colleagues, friends, family etc.) who believe in you and who don’t stab you in the back. It’s always good to have support from people.

You can’t please everyone all the time

No matter what you do, someone will always be unhappy. Don’t pay heed to faceless social media trolls/negative comments or let them take away your peace.

Don’t take yourself too seriously!

Laugh at situations, life and yourself. Be kind and compassionate.

Give back to society

Do not judge anyone. There’s always someone who is less fortunate than you. Be grateful.

Always remember where you came from. Don’t forget your roots. With this, she signed off with a namaste.

If her fearless personality hasn’t already been documented enough, here’s more proof at the interview round with the NDTV host Sonia Singh:

On having many ZEROES on her pay check, as she was recently ranked # 7 on the Forbes India Celebrity list– “I am extremely proud of myself as I’ve put in a lot of hard work to be where I am. But why am I the only woman in the Top 10?”

When asked about cultural differences, Priyanka responded,“We should teach our sons that when you respect a woman, you are a real man; not when you tease one. This is a generational change and won’t happen overnight.” Adding on to her support for the #MeToo campaign against sexual assaults, she affirmed that there shouldn’t be a world where women survive, there should be a world where women THRIVE!

The global icon proudly stated, “My biggest dream is to leave behind a legacy.”

“I don’t want to be a stereotype of my Big FAT Punjabi wedding, I want to be seen as a kickass actor,” she added, to which she received thunderous applause from the audience.

On Bollywood Weinsteins, Priyanka boldly stated, “I am feisty so people get scared. I don’t cater to the whims and fancies of powerful men. I only cater to my friends, colleagues and people who treat me with respect.”

I can’t miss out on my favourite one, “Keep your standards, head and HEELS HIGH!!”

And with this, the superstar flew to Mumbai for #Virushka reception! 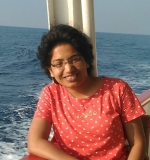 A Doctor by qualification, financial analyst by choice, sports enthusiast by passion and an egalitarian by heart. read more...