Are ambitious Indian women who want to pursue their careers aggressively rare because they are beaten down by years of conditioning to prioritise the family role? 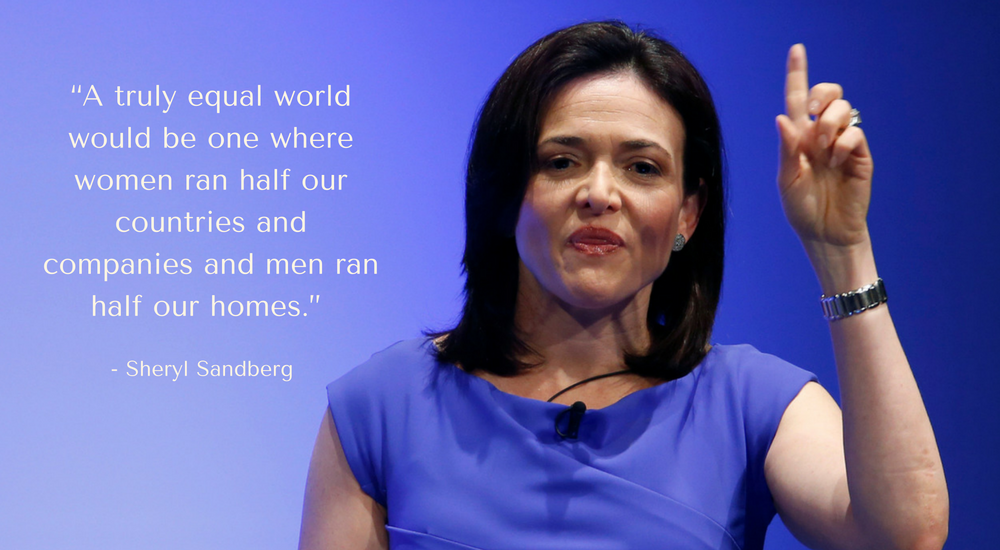 Are ambitious Indian women who want to pursue their careers rare because they are beaten down by years of conditioning to prioritise the family role?

On a sunny winter afternoon in Delhi, I was having a conversation with a friend from Europe. A cultural connoisseur and globetrotter, she has observed cultures in different parts of the world.

She asked me a simple question which made me chuckle, “Why is it that some of the highly qualified women in India do not have a career?” A very simple question, the answer to which can unearth some of the deeply rooted prejudices Indians have about the professional lives of women.

How many times have we been told as little girls that we should become doctors or teachers? I see these professions in a gender neutral way. However I do recall my childhood days, some 20 years back, when girls were advised to choose these professions because it would help them in managing their family lives.  This choice would also help them in finding the right match at the suitable age.

Of course this logic does not apply to men who are expected to become primary bread winners for the family. We teach little girls from a young age to consider career a second priority and family the first priority. As Sheryl Sandberg rightly points out, future moms wreck their own career.

In the Indian context, future wives, future daughters-in-law and future wives destroy their own careers. On the contrary, future husbands work their asses off to achieve everything to be a good enough husband and son. That is why little boys will say that they want to be in the army, a fighter pilot, investment banker or an engineer. Even if women end up becoming these, they give up easily for managing a household or family. The divergence in ambition starts at a young age and is further enhanced by cultural cementing of these thoughts.

What do you want to be? It can be a multiple choice question for both the genders but the assumption for women is that family comes before career anyway. So she has to choose accordingly. Motherhood is glorified to an extent that it is the only identity which is a litmus test of her femininity.

A very few Indian woman will pay heed to the questions which come to their mind, ‘Do I want a child?’ Men also encourage their wives to not restore their professional lives by playing the role of protector. This model boosts the masculine ego to be the provider and expects the women to be nurturer.

Patriarchy has reinforced this model since time immemorial but it fails to include the exception. Exceptions are few but they are dangerous enough to topple this model forever. So the cultural code of femininity that patriarchy espouses makes these exceptions an outcaste. This is why there is so much debate on semantics. Have you not heard women saying, ‘I am not a feminist but I believe in gender equality’?  Deep within they know they are but accepting the fact will open a battlefield where they will have to face themselves and the world defined by patriarchal standards.

If you have been even a moderately good student and have been earning enough to make your ends meet, how does it feel when someone asks you to quit your job? Doesn’t it hurt? As much as you call it an individual choice, it amuses me as to why this choice is rarely exercised by men. Not all men love their jobs but they don’t quit because they are marrying. In fact, they don’t quit because they are marrying.

I am yet to see a man whose ambition is to become a home maker. Women by their ‘choice’ date or marry a man who is above them professionally. Being above in personal values is a second priority. Have you ever seen a profile of a man on matrimonial site where a man writes that he is very homely and would prefer a partner who is quite a ‘go-getter’ in her career?

Our modernity and education has brought us to a point where we like ‘go-getter’ women but never fail to forget the master assumption which is that the primary duty of woman is to manage the family first. My septuagenarian grandmother told me that it is becoming increasingly difficult for women to find the right men these days. We are empowering our women but not refining the thoughts of our men. How can a human being be burdened like this? This is leading to total disaster.

We often struggle between the patriarchal cultural traditions and modern values which exposure to the world has given us. We struggle to strike a balance but fail to notice the imbalance which affects women in adjusting between the two.  A majority of women have internalized patriarchy to such an extent that they do not mind coming up to the patriarchal standards. So while their professional excellence brings supplemental incomes at home, following the patriarchal values helps them to get the acceptance of a good daughter, wife and daughter-in-law.

They strangulate the questions regarding gender inequality for making peace in the household. I call it ephemeral peace. The questions will reappear again, may be from your future generations. While you will narrate to your children or grandchildren the story of your sacrifice, they will ask you why you did not aspire for professional excellence when you were very well qualified to do that. Your daughter will ask you what is the point in becoming an achiever if she has a fossilized destiny which has reserved a role of home-maker for her.

For lot of Indian women, leaving jobs after marriage or aspiring less in their career is a commonsensical thing to do. They are supposed to shift wherever their husband is working. The vice versa happens very rarely. The shift in perspective where they need to feel that their profession empowers them and more than anything it is just a plain logic that an individual should earn their own livelihood.

A lot of women do not marry their equals. The underlying thought when many of these women date is to hunt for a date who are professionally and financially more secure than them. Even if they do date or marry their equals, the cultural values and interference from family make women shoulder domestic responsibilities much more than men. No wonder that Indian women are the most stressed women in the world.

According to ‘Women of Tomorrow’, a survey result revealed that an overwhelming 87% of Indian women are stressed most of the time and 82% reported that they had no time to relax. Most of the respondents were of the age between 22 to 55 years who are trying to balance demanding career with obligations at home. There is a total asymmetry in the way in which domestic chores are shared at home. As much as Indians say to women that women can’t have it all, Indian men do not even aspire to having it all.

Coming back to the question my friend asked, I answered, ‘There is this spectrum of womanhood you see in India. Unfortunately a majority of them still aspire to be the good woman as per the patriarchal standards. Increasingly many women are fighting for what they want out of their lives professionally and personally.