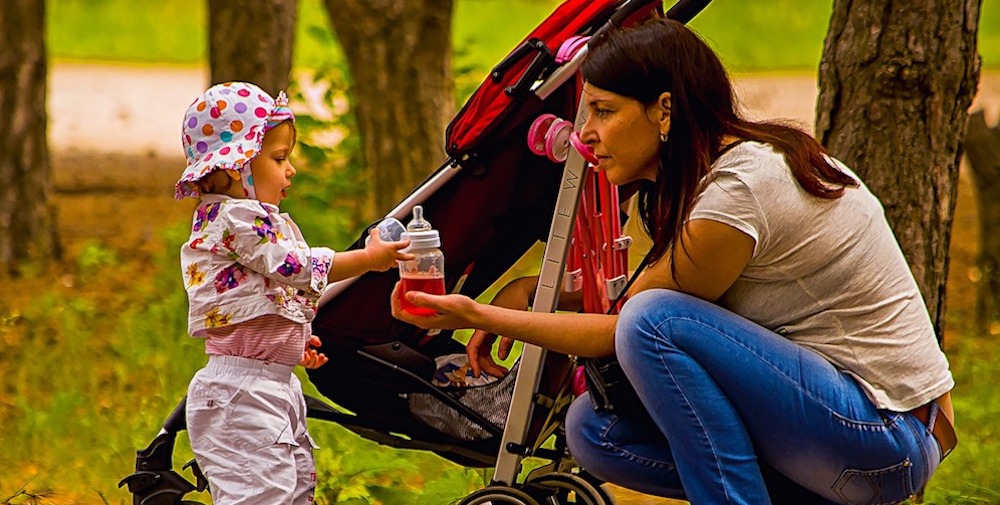 Let’s Give Our Kids The Power To Make Their Own Choice, & Teach Them To Choose Wisely

As parents we tend to make choices for our children, mostly out of love. But let children make their own choice, so that they learn to choose wisely.

“The end result of your life here on earth will always be the sum total of the choices you made while you were here,” said a wise soul driving home the importance of making the right choices in life.

Do we really give importance to the choices we make in our everyday lives or do we just function on automatic pilot? Aren’t most of our choices motivated by our conditioning, our belief systems, and by what the people will think?

While times are changing now and we see youngsters making enlightened choices and ‘following their heart’, and while society is becoming more open and appreciative of its youth experimenting when it comes to career choices, the scene was quite different just a few years back.

26 year old Ratan who had a dream, bears testimony to this. His is a story that was oft repeated (unfortunately sometimes even today) in many families. A child interested in music, he had a dream of pursuing a musical career. His parents however gave him no choice.

“Snap out of it and get real!” was their dictum and they kindly added, “We are doing it for your sake. You need to survive in the real world and earn your bread and butter, you know. Your father is a doctor and you need to take over and manage his clinic.”

The poor boy was talked into thinking he was selfish to pursue his dream. Recently, I met his mother at a social gathering and she remarked, “How lucky it is that Ratan followed our advice. See how successful he is today.” Looking at the smart young man who seemed to have it all, I could not help feeling that behind the successful exterior something was missing.

What about the child’s choice?

Do you have the right to influence your child’s choice, using any means, be it coercing or persuasion or manipulation or emotional blackmail? When God himself has given us free will, who are we to tamper with others’ lives? Are we doing the right thing then by imposing our dreams and choices on our children and other loved ones, and snuffing out their right to exercise their own choices?

When your life is a tapestry made up of other people’s choices, two things happen. You end up feeling a victim. You blame fate and if things don’t work out you can happily blame the people responsible for your choice. You naturally think that since they have messed up your life it is up to them to sort it out. Here, the need to be responsible and accountable for one’s own life fades away and people tend to turn outward for solutions to your life situations.

Let them make their own choice

I have always admired the way in which my friend Kavitha brought up her daughter Komal. I was surprised to see that the child was taught to weigh the pros and cons of any decision she took very early in life. It could be as a simple thing as how many chocolates she could eat.

“I told her that she could make her own decisions but I also pointed out that each decision came with a consequence. As early as seven she realized that she had the free will to eat as many chocolates as she wanted, but she was also told that the consequence of this could be a host of health problems. We would always advise her as to which was the wiser choice. But the final decision was hers. I remember the day she gorged on cake one Sunday in spite of repeated reminders of the consequence. The next day she was down with severe indigestion and had to miss her friend’s birthday party! That experience taught her a lesson no amount of nagging could have.”

The real problem with a child’s choices however start when she becomes a teenager. It was then that I realized that allowing someone you loved dearly to experiment with her choices was a very tough thing to do. But it is a choice only the brave of heart can make.

The world today offers our children much more in every aspect of life than it used to do in our times. From the number of channels on the television to the number of career options to the number of things they are exposed to through media and the internet, even the most level headed ones do tend to be confused as to how best to use their time and energy.

Learning to make choices early on

Kavita says, “Komal did bungle up once or twice as she refused to take anyone’s advice and made foolhardy choices, especially in her choice of friends and how she spent her time. But every time she fell, we were there to help her get up and dust herself back on to the cycle of life. The result? By the time she was twenty she had a wise head on her shoulders. By the trial and error method of making her own decisions and being accountable for them, she blossomed into a person living life on her own terms, and learnt the art of making the right decisions. Truly, there is no greater teacher than experience in learning the art of making the right decisions, in developing the ability to identify when to take a risk that will pay off and when to avoid foolhardy decisions.”

Ironically Komal was there at the same social gathering I mentioned above, and I could not help comparing the joy this young woman exuded with Ratan. I realized suddenly that while both she and Ratan had made it big in their life, the missing element in Ratan was that sparkle of life that was so obvious in Komal. That was because he was not living his own life. He was living a life someone else had designed. Komal had developed her will power and her planning abilities but Ratan, who had buried his passion by allowing himself to be swayed and influenced by others, now needed to rely on others in making any momentous decision.

Guiding them v/s making their choices for them

“But surely we owe it to our children to show them the way?” I asked Komal’s mother over dinner.

“There you have it,” she replied. “That’s all you should confine yourself to doing – showing them the way. Remember Khalil Gibran’s famous lines,

‘Your children are not your children. They are the sons and daughters of Life’s longing for itself. They come through you but not from you…”

Our children are not our possessions to influence. We can advise them, not live our lives through them. They are individual souls, and each comes with their own path chalked out. They come to earth wired to live out their souls’ blueprint, and when we impose our own egoistic man made ambitious plans on them, we kill their spirit and their sparkle. A person who is wired to be an artist can never make a great engineer or a lawyer. Excellence can shine forth only when a person chooses to do what they love.

says poet Robert Frost in one of his best loved poems. These lines stress the importance of choice and remind us that regardless of the choice we make, our life will be enormously affected by it. Frost speaks about making a choice based on one’s interest and one’s passion. He symbolized this in his poem The Road Not Taken, by showing himself standing at a fork in the road. He knew he could walk down but one path, and he knew the decision lay solely with him.

The sad part of life is that most people do not even realize that the decision of how to carry their lives forward rests solely on themselves. They choose not to choose, but even that is a choice, a weaker choice that will hamper their journey towards their pot of gold at the end of the rainbow.

What helped Frost take the road less travelled and leave the safe shores of America for an unknown land (England) where he tried his hand at poetry (and succeeded!)? Was it merely the abilty to take risks? Or was it that he was aware that he had been given free will, and had the freedom to make a choice?

In a period of time when people unconsciously followed the herd, choosing not to choose, Frost epitomizes the freedom of choice that is every human’s birthright.

Think through your choices

Yet how many of us really sit and think out our choices? Aren’t we rather swayed by emotions while making a choice? The world is in this shape today because of decisions taken in haste. “Decide in haste repent at leisure” our ancestors warn us, stressing the need of taking time and making responsible choices.

Yes, the power of making a choice on even abstract things has been given only to the human. And the intellect is the instrument that he has been endowed with, to aid him in exercising this mammoth responsibility. A calm and collected mind thus seems to be the ideal one before making a crucial choice. Though one needs to at times consult near ones, and move from emotion to intellect while making a choice, the highest choices remain those that are motivated by your own conscience.

Finally the best choices are ones that include the well being of everyone who will be affected by the choice. Such smart choices where no one loses out in the long run, will chart out a beautiful destiny.

When we choose to allow others, especially our children, to create their own painting on the canvas of life using their own  colours of choices, we truly choose to give the greatest gift to self and others – freedom – the birthright of every soul.

No One ‘Gives’ Women Freedom. We Just Have To Take It!

My Husband And I Are Childfree By Choice, And That Does NOT Make Us Selfish!