As An Indian Woman, Here’s How My Aadhaar Card Could Put Me In Very Real Danger

The Aadhaar card can be more sinister for women than we realise, because we are already marginalised. Want to find out how? Read on. 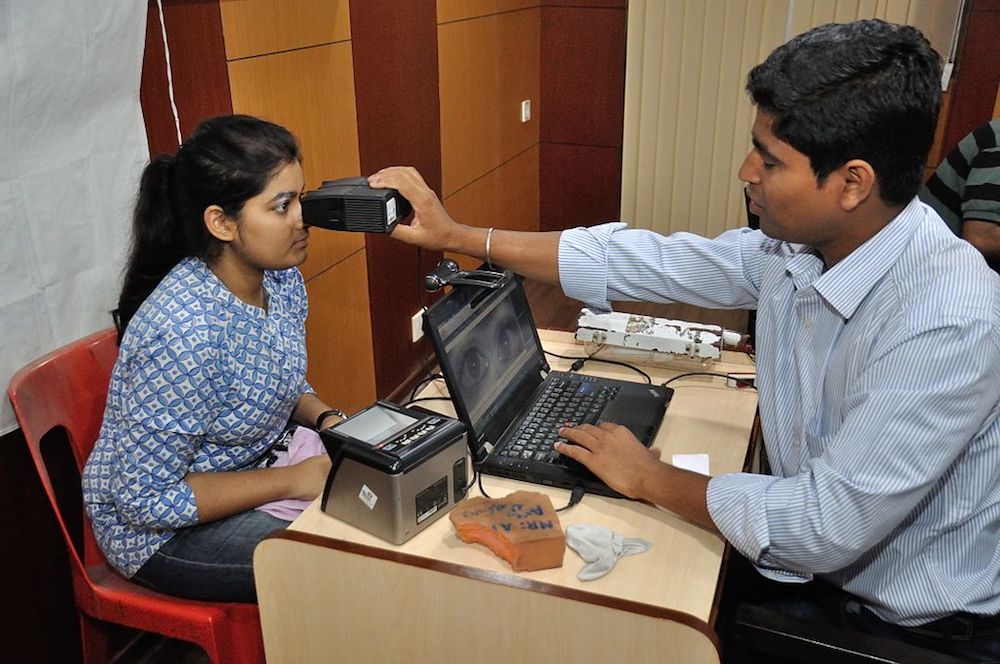 The Aadhaar card can be more sinister for women than we realise, because we are already marginalised. Want to find out how? Read on.

The Aadhaar card has been sparking debates in the masses since it’s introduction. But for women, the anticipated implications become more visible because of the marginality we already face in the society.

A friend of mine had opened a savings account, without her husband’s knowledge, to send support money to her ageing parents. All was well till the Aadhaar card came into the picture. Now the branch wants to link her account to her Aadhaar card. My friend constantly worries about her husband’s reaction, if this information were to come out in the open.

Is Aadhaar really that potent?

This 12 digit UID is a one-stop identifier. Though the Supreme-Court mandates the Aadhaar card as optional, the government says ‘Aadhaar Aap ki zindagi ka Aadhar hai’. From birth to death and the intervening life in between!

Why Aadhaar card is needed

As Aadhaar has all the requisite data of you, you needn’t submit various documents for verifying personal details, when dealing with banks or governmental departments.

When the Aadhaar card is so useful and if, as the government says, the main aim of Aadhaar is “to enhance the delivery of welfare benefits and services and to prevent corruption,” why do we worry?

Is it because we feel that we are under the scanner perpetually? Is this a ‘Matrix’ situation, where we are constantly under surveillance?

What does UID mean for women? Any Aadhar for discrimination or fear?

The mandatory policy by the government, linking our Aadhaar card number with our bank accounts, mobile numbers and PAN Cards, is a direct invasion and infringement of our fundamental Right to Privacy.

Like my friend who fears exposure, there are many women in abusive relationships, who are painstakingly stashing away their savings as a protective nest egg for a rainy day, or even possibly to make their escape. If their immediate families choose to snoop on them, breaking free gets difficult as everything about their lives are tied down to Aadhaar. This institutionalized pervasive surveillance makes going under the radar, impossible!

The data for the UID, pegged as the Indian Social Security Number, is outsourced. But is there the same zealousness as the U.S.A., towards our data protection?

Someone told me that her friend never received the Aadhaar card by registered post as the SOP. She had to go to the centre and sort through a box full of new Aadhaar cards and pick up her card. Anyone could have noted her UID! Identity theft is a real and scary phenomenon, as there are no stringent laws against misuse of Aadhaar information or no security against data leaks or hackers.

The biggest drawback of biometrics is that it is non-salvageable and if compromised once, is compromised forever.  A bank, with our Aadhaar numbers, can easily link our biometrics and bank account details. Our banking transactions including ATM and debit cards, online ticketing, put our entire spending pattern in the open, for scrutiny, profiling or manipulation. With Aadhaar linked mobile numbers, our itinerary and talking history is public. UIDAI servers can easily get a person’s income-tax details, traffic violations or any transgressions, with just a query.

Most of my cousins are digital citizens and live alone. We are always cautioning them as we often read in papers about the stalkers and perverts, who target and harass young women. For these ladies, it would be tragic, if their personal details or lifestyle patterns, were to fall in wrong hands. Where do they go then, for a speedy redressal, with our sluggish helplines and PCRs? Plus, in our patriarchal society, the onus of proving herself true against these crank-callers and sexual offenders, sadly still lies with the wronged woman.

Many competitive exams/events already require Aadhaar based registration. What we study and where, the scores – everything is now interconnected to a single identifier, making us very susceptible.

Women can be victims of corruption

For the socially backward or the uneducated women, who don’t possess the valid documents, procuring a UID is tough.  If the person overseeing the scheme, is greedy or seedy, the implementation gets iffy, resulting in a harrowing time for these ignorant women.

My help’s family, in her village, never gets the total amount disbursed as the villagers find it easier parting with the agreed cut rather than unite and fight.

My children’s Aadhaar card ratifies that they are indeed, their father’s children. I’m not relevant here, even after carrying them for nine months in my womb. My card has my husband, validating my existence. Again, I need a male crutch to exist in government’s records. It is the SOP, where I am passed on from father to husband. One assumed Aadhaar being a recent initiative, the age-old misogynistic practices would have been set right. That is still a much-awaited utopian dream!

When we as a society are still developing and maturing, where equal rights are utopian for a woman, having her life out in the open makes her defenceless against the fringe elements and miscreants of the society.

When we are more evolved, the same UID could be a boon, now deemed a potential bane. As we cannot opt out of Aadhaar as per UIDAI, we cannot purge our information from the database.

That is why, we should make enough noise to ensure a thorough, rational discourse so that the lacunae could be set right.

Till then, we live and hope to see another safe day.

Image source: Biswarup Ganguly [GFDL or CC BY 3.0], via Wikimedia Commons, for representational purposes only.