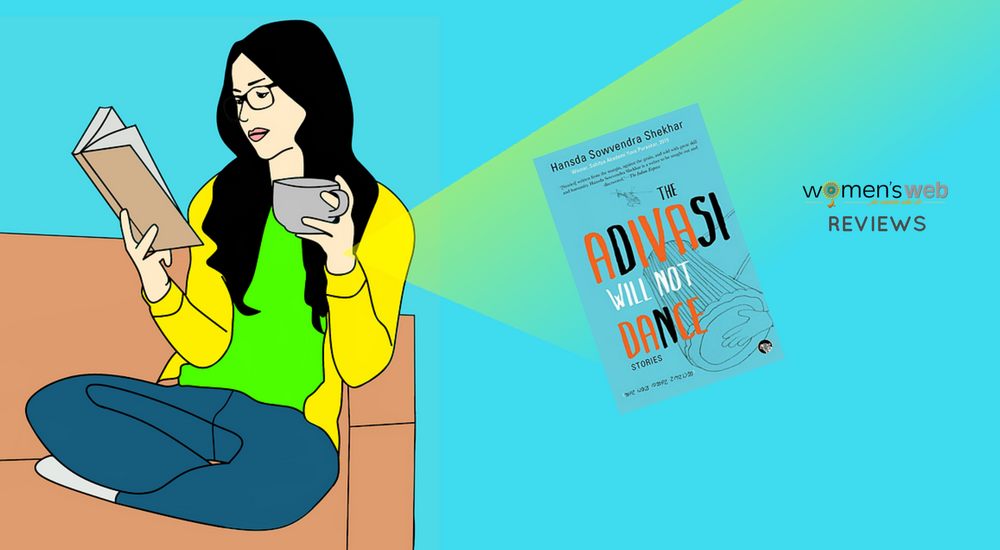 Is there any logic in banning books? What is ‘offensive’, and who decides it is? A look at The Adivasi Will Not Dance by Hansda Sowvendra Shekhar.

The reason the book intrigued me was the fact that it was banned due to “political” reasons in Jharkhand. The offended lot, who incidentally were Santhal people themselves, said that the Santhal women have been wrongly portrayed, that some details are even “pornographic” in nature. The author was suspended from his position of a medical officer for writing this book, for writing what he felt about his own culture.

Yes, the writer is an Adivasi himself from the Santhal tribe. Who can tell the world about his own tribe other than the person living and breathing it all the time? I found the ban and the suspension strange. So I decided to do what I do fairly okayish. Read and analyze what might have gone wrong.

Yes, the book is disturbing in some places. Especially the story in question, “November is for Migration”. This was the story that irked all who were offended. The portrayal is as raw as raw could go. I flinched. Cried a few tears as well.

But you know what I found the strangest? This wasn’t really a story of one Santhal woman or even sex/porn. It was a story of extreme poverty. It was a story of trying to get two pakoras to feed a hungry stomach. The meaning of “survival” laid bare without any unnecessary sheens of tact. While we sit in our cemented houses and do not give a second thought before wasting that extra pakora off, this is a story of a woman who was hungry for quite a while, and decided to do what she has been told she does the best.

The strange thing is, clearly everyone from the offended lot decided to ignore the hunger and desperation and chose to focus on the sex part of it. This brings us to the heavier question – morality or survival? And no, let us not attempt answering that question unless we have been really hungry till our bones ache and we still have chosen morality despite death looming over our heads.

I believe such books should be written, for if no one shows the world the ugly truth that other humans are being subjected to, nothing would change.

I also gave a thought as to who has the right to be offended. The people about whom the book is written, yes. Offence should be taken, else there is no learning. But offence unfortunately is taken to remain stubbornly regressive and that is disconcerting. If things weren’t written about Sati in the past, we would still have wives burning at the pyre of their husbands. Someone who witnessed this, took offence and decided to turn things around.

There are other stories in the book too. It is a compilation of short stories and there are some brilliantly liberating short stories as well. The story that tore my heart up was about a woman who was ostracized by her own sons as a “dahini” or a witch. Brutality knows no bounds when one is blinded by superstition.

It is an introduction to tribal life for the novices like me who have been gorging on our privileges quite unconsciously. I would recommend the book as a must read because a peep into the lives of those who were born on the wrong side of the caste structure is the need of the day.

If you’d like to pick up The Adivasi Will Not Dance by Hansda Sowvendra Shekhar, use our affiliate links: at Flipkart, at Amazon India, and at Amazon US.