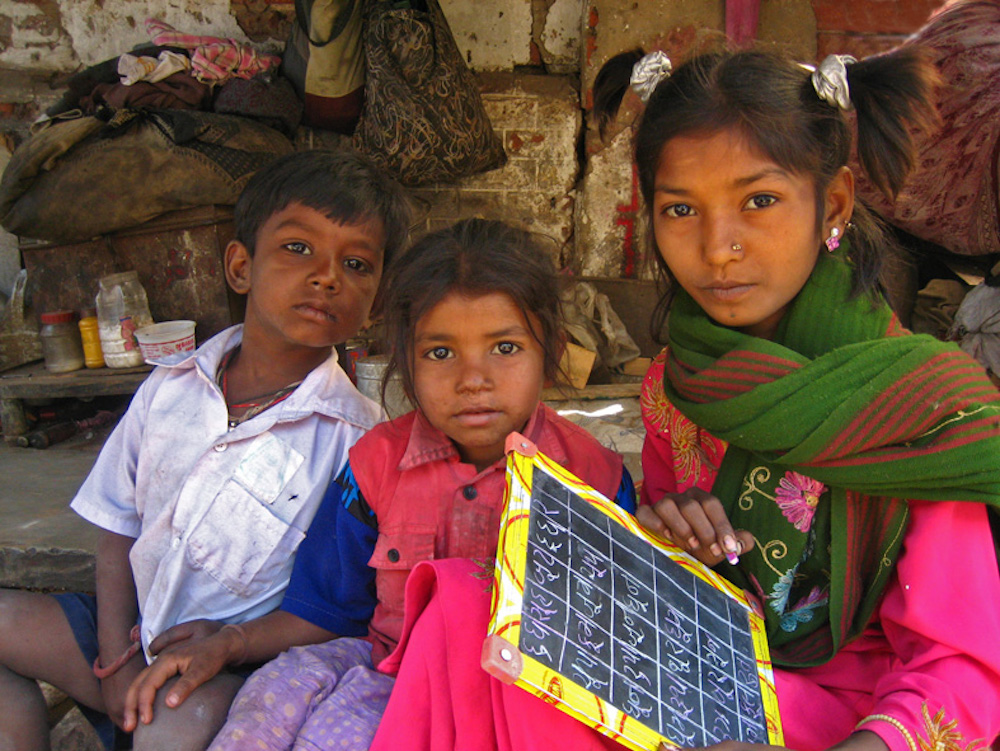 For These Slum Girls, Even Their Dreams Are Not Their Own!

These slum girls hope for a better future against all odds, but will they ever have the freedom to express what they really want?

The above statement continues to hold true even today in most parts of India. A girl is still denied education, or the right to have a career of her own choice, or marry a person of her choice.

For girls living in the urban slums of the capital city of Delhi, having a dream is a distant reality. Most of them are daughters of first generation migrant workers who have relocated to metropolitan cities such as Mumbai, Kolkata, Bengaluru and Delhi for better work opportunities.

The capital city Delhi has many such hamlets where thousands of inhabitants settle every year. One of the largest settlements is located in South Delhi. As one walks inside the narrow lanes of the slums, one encounters poor sanitation, lack of clean drinking water and electrical facilities, and most houses do not have proper ventilation. Most migrants live in a one room house which also has a small kitchen and probably the well to do ones have the luxury of having a television set and a refrigerator.

Gender disparities continue to exist in most parts of India – whether it is in the workforce, at the university level or within families. Women are still not allowed to participate in decision making and have limited access to opportunities and economic participation. Most families still do not allow their daughters to complete their education. Their voices often remain unheard and girls are conditioned from a very young age to behave in a certain manner, they are very often not provided proper nutrition, and also have early school dropout.

Due to this, we see lesser and lesser number of girls attending colleges and participating in the paid workforce. Most of them often are part of the unorganised sector where they either work as domestic maids, or work in garment factories with erratic working hours and lesser paying wages. Women continue to do majority of unpaid work such as child care, cooking and cleaning. And yet it is lesser valued than unpaid work. Gender discrimination continues to limit and confine women to subordinate roles. The husbands work as either painters, construction workers, drivers or factory workers.  Women are often not allowed to work outside and married off at a young age.

While, I interact with young girls, I realise that their mothers often have no say or the power to make decisions. I met mothers who often want their daughters to get married by 18. While interacting with one such girl her mother was apprehensive about sending her to a nearby English classes but preferred getting her daughter married by the time she reached 18. While I asked her what her prospective son in law does, she was unable to answer.

However, I meet some mothers who want their daughters to attend college and have a career. Many girls after class twelfth enrol for vocational programs such as beautician training, stitching and embroidery so that they can join a nearby beauty parlour or work in stitching units.

Most of the girls when asked their real age, shy away from answering. Many of these young girls are trapped into marriage and know that there is no escape for them, since most often families will not accept them back so therefore they start learning to compromise. Most young girls living in the slums study in government schools and dream of a better future, they have aspirations and hope. They share that they would like to attend college and have a career. They have ambitions of becoming an air hostess or joining the police force or probably a dancer.

Their childhood is often snatched away very early on and therefore the only way to escape poverty is to become independent, sometimes dropping out of school and probably joining any work, which gives them a ray of hope when they get their first pay. However, they soon realise that this too will fade away and they have to do something different or learn something new to survive in the competitive world.

As I interacted with a seventeen year old girl, I learnt that she wants to join the public services because her it is her father’s dream. He wants her to have a car and live in a bungalow. Another father boasts that his oldest daughter hands her entire salary to him and he gives her a meagre amount of Rupees hundred every week. The girls are unable to make their own decisions or even buy anything of their own choice. So it is often the father, or uncle, or the oldest brother who makes decisions for her as to what she should wear, how much she should study, however the brother is allowed to study as much as he desires to and the parents are willing to invest in his studies. Their voices are often silenced by patriarchy and yet they want to come out and follow their dreams.