Why All The Focus On Gurmeet Ram Rahim Is Just So Wrong!

We've had so much focus on Gurmeet Ram Rahim and his criminal doings. It's time to focus instead on the two women who fought the case against him bravely, says this author. 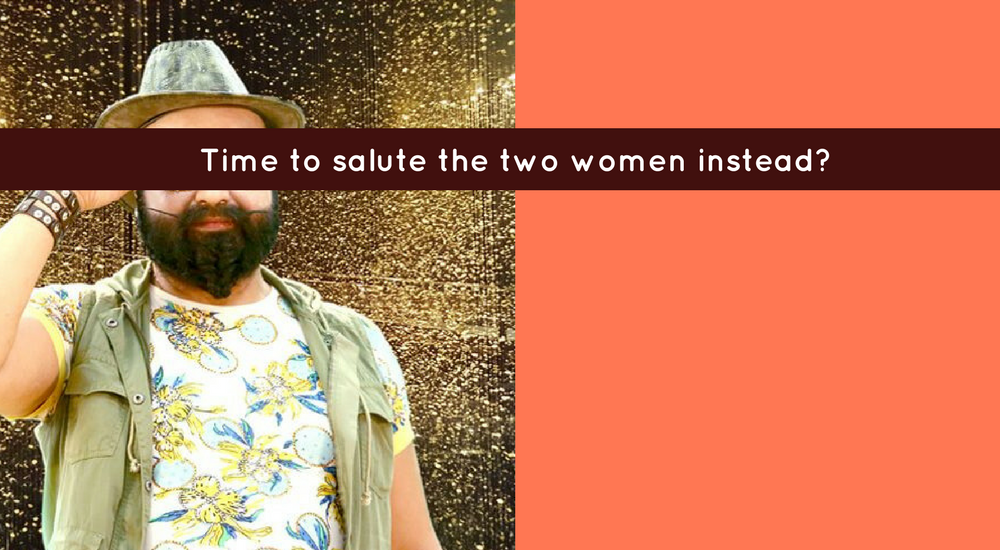 We’ve had so much focus on Gurmeet Ram Rahim and his criminal doings. It’s time to focus instead on the two women who fought the case against him bravely, says this author.

It has been a couple of days since the media is floored with the news of Gurmeet Ram Rahim being convicted of raping two women in this ashram. Sorry, I can’t possibly call him Baba anymore. I wonder if he ever had anything ‘baba’ like, but now, even more so has lost all his credibility to be called ‘Baba’ in such a pious way.

Social media is inundated with articles on this rapist. How he has amassed wealth, what he did, how he did it, about the women and the men in his abode. And then of course, the cars and the crimes which formed an integral part of his uber luxurious and extravagant life. Coupled with all this, are the opinions of people. How and what they feel. How their feelings are hurt and how their whole purpose of being spiritual with him is defeated. Spiritual… seriously? I don’t understand this at all.

But, what I do feel and understand is that all this attention to this now convicted rapist is just uncalled for. It is unnecessary. It is futile and absolutely purposeless, to say the least. Instead, there should have been something else that must have garnered all the attention.

Of all the articles I ran through about this case and the whole incident, there was just one which covered the valour and struggle of the girls who were raped. I read, and read it again. What an arduous story. Even though I cringed at the ‘Godman’, I silently smiled and felt a sense of pride for these two women. Women who are inspirations for all of us, for the millions of us who struggle their way out.

I wonder what these women and their families were up against. The goons, murderers, countless threats for life, threats of being raped, perhaps gang-raped again. Public and government apathy, coldness duly sprinkled with character assassination. And, then the obnoxious cross examination in the court as has happened in other such cases, where you are ridiculed with double and triple meaning questions. ‘Aap galat kaam se kya samajhte hai’? ‘ Apke saath kya galat hua’, ‘kis tarah se apke saath galat hua’… and so on and on and on (questions asking the victim to relive the details of the assault). But they fought, they relentlessly fought all odds. They won, and they lived to tell the tale. Honestly, I am surprised. Goosebumps!

Their story needs to come out. And not just of the creep who raped hundreds under the pretext of impurity and blah. Women need to inspire women. Women need to learn from women. Women need to understand the pain of other women. I know there can’t be a better example of grit, determination and resilience than this. Why not talk about their story and inspire others? Why not make them the role models for many who are sitting in the confines without the courage to stand up against the odds? These two winners of life, who took on a mighty bastion head-on, is where all of us should be looking at. And, that’s exactly the reason why I say, we are focusing in the wrong direction. The convict does not need our attention. It is these people who fought and won the battle with their courage and indomitable spirit who need it.

Women have immense strength, and this comes forth during adversity. Let there be more stories of courage. Courage to fight a demon, well, quite literally. I reiterate, let’s talk more about the two ladies more and digest their awe inspiring tale entrenched in the belief that ‘We will win one day’. And, they did. They did for all of us to stand up and salute the brave souls today, and perhaps forever!