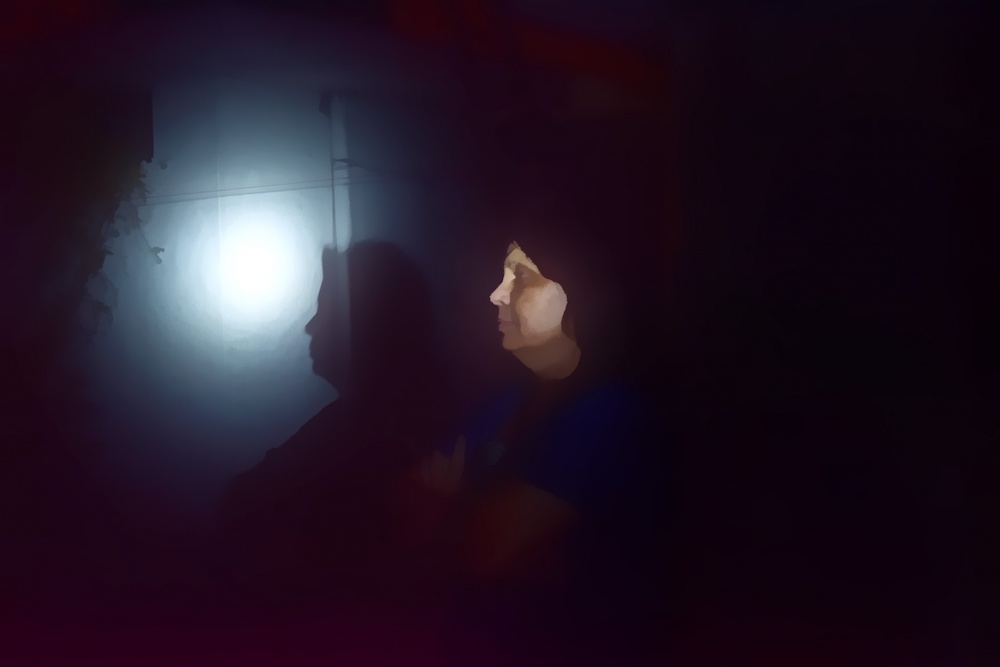 Despite The Gender I Feel I Am [#ShortStory]

So what if my body didn’t reflect my desired gender? I wondered why my sexual preferences bothered others so much. Was it a crime if I didn’t feel like a woman?

It was evidently hard to sleep for those two nights. The approaching Sunday was the day of reckoning and the election result was something I eyed with a bated breath. Presumably, it was that one chance to let everyone see me beyond the realm of my sexuality and put to rest the skepticism over my capabilities, which too, conjoined with the prospects of reconciliation with my parents.

Residing in a small vicinity of a rather conventional, yet not so hammering society of this quaint and small hill town of Shimla, I had somehow learnt to live with my head high amidst raising eyebrows, piercing gazes and hushed giggles. I had been that odd one out, inviting curious looks at the first glimpse, for being that ‘manly woman’. Despite owing a woman’s body, I was someone who did not appear as refined and delicate as a female. I couldn’t behave in a decorous fashion, the way girls were supposed to exhibit their inherent feminine self.

I fail to recall when that keen desire triggered. I didn’t realize as to when my sense of sexuality took a drastic aversion and culminated into a strong mindset, adamant at doing away with my biological identity, at least with respect to my appearance, clothing and body language, if not a complete gender reversal .

My mother wasn’t pleased with my idea of dressing up like a boy initially. She could not recognize my transformation until I had begun to display visible signs of dislike with my female body. For her, who had three more daughters to her credit, began the mentally laborious process of denying and defying by the time I was out of high school. With short hair, manly attire and an unwomanly walk, I was nearly a boy, that too, in the all girls’ convent college. The nuns in my college questioned my sexuality, raising concerns at my choices. I wonder if they had the right to do so.

It was equally distressing for my father. To him my demeanor was the real culprit for people taking a jibe at me. I can’t erase the memory of the verbal thrashing I received for the embarrassment he had to face when I was mistaken for a male while entering a ladies toilet. I had to pay for that miniscule crime. He had decided not to accompany me in public anymore. My altered sexuality had perhaps, whacked his set of notions which to me were nothing more than a compilation of typical norms.

In that ongoing turmoil, I found solace in my younger sister who was my pillar of support. She was the anchor of my sinking ship every time the winds of opposition blew turbulently. But since daughters were supposed to behave in a socially befitting manner and I having developed an unsuitable inclination according to them, my parents didn’t leave any stone unturned. From striving hard to persuade me, to urging my extended family to convince me, to consulting various astrologers, their face-off with my ‘truth’ was extremely challenging. Like me, they too carried layers of pain and struggle inside them.

Nonetheless, holding on firmly to that customary mindset, they had also concluded that my lifestyle was merely an obstinate obsession which would eventually lead me to that one deep cave in perpetual darkness and subsequently, I may not succeed in life at all. Other than that my sexual preferences were a blockade in finding a partner as for them marriage was of paramount significance.

“Mom I do not feel feminine at all, you’ve got to understand this. I am much more comfortable the way I feel and look. And I do not intend to marry either just for the sake of it. I do not feel lonely and I wish to be on my own. Please accept me the way I am!” my voice wobbled for a second and she felt even more unsettled. I had opened the Pandora’s Box, the day I declared my decision to remain a spinster, sending tremors into their life.

I was aware that they weren’t ready to encounter such a situation and that too, in the kind of social set up that they were part of. But it had become imperative for me to clear the air as they pushed me to enter wedlock. They went into denial mode when I had clearly put forth my predisposition and immediately endeavored to deviate my idea of sexuality.

Visiting a psychiatrist for perplexities of the mind in this small town was a demeaning affair then. Therefore, it was a covert rescue mission on their part which led to endless psychiatric consultations and counseling sessions in a bid to get me averted so that they could hook me to someone and take a sigh of relief. But that in turn left me mentally exhausted.

Their perception that it was only a passing phase and I would get rid of it by the time I become an adult, had experienced a jolt. It was difficult for them to digest that I wasn’t a lonely being keen for a man and only wished to be self reliant. They took long to close the gap between acknowledging and accepting their daughter’s identity that had long surpassed the period of transition. I knew they loved me but were reluctant to shower their adulation and all this while, I kept craving for a dash of warmth.

They had a firm belief that there was something terribly wrong with me. Consequently, for the fact that my physicality wasn’t in alignment with my thoughts, I was labeled suffering from Gender Identity Disorder. For that matter, does the world let you keep in order the gender you identify with, irrespective of what you are born as? So what if my body didn’t reflect my desired gender? I wondered why my sexual preferences bothered others so much. Was it a crime if I didn’t feel like a woman?

Why was it mandatory to follow the trodden path in fear of social stigma? And why did no one realize that I was happy the way I dressed and felt? Wasn’t that enough? Why did I need to confirm to their clichéd reasoning?

At the end of the day acceptance was a distant dream and it was a solitary battle. The only resort was my soul sibling, my pal, my younger sister, the one who understood me to the core.

Juggling between my sense of body betrayal and the resistance from outside world, I had decided to break that hard shell of solitude. I needed to breathe easy and let the world know that this is how I was, happy and content the way I had shaped over the last few years.

As time passed by, I had gradually made peace with myself. I ceased to ponder how the world perceived me and took command of my life without a trace of the fear of rejection. I was 37 now and had become a qualified martial arts trainer, owned a small time construction business, was managing my apple orchards and taking care of my aging parents, at a time when my elder siblings were married off and yes, I was very much a complacent being.

I undertook the construction of our new house all on my own, coached the state judo team for a span of four years and was now gearing for another major event. But not long before we had adapted to our existing mutual indifferences, my parents had begun to loosen the strands of their dispassion towards me. They had begun to talk about my accomplishments over my appearance. The friction was probably nearing its end.

I mustered the courage to quash the perception that a woman, who was headstrong about her sexuality and dared to be unlike them, wasn’t capable of holding a responsible post and making it big in life anyway. My decision to contest for the post of counselor in the local municipal elections as an independent candidate was met with an unwelcoming attitude by my parents. My sister had all the confidence in me; however, I still craved for them to pat on my back for once at least.

The Sunday morning that began with obvious apprehensions brought an array of smiles by the setting sun, as my mother showered her cached love and put her arms around me as soon as I was declared a winner by a good margin. The moment was extraordinary!

It was just not the confidence of people that I had won; it was more of a homecoming for me.

An extract of the analysis of my victory in the following day’s newspaper read something like this, “Despite the other reasons, people of the area voted for her in large numbers owing to her single status. The fact that she wasn’t married was an added advantage and that she could dedicate her time and energy fully to the cause of the residents in her ward, besides her independent and self sustaining abilities”.

My capabilities and the purpose of my life that was always weighed against my sexuality had now become far more distinct and relevant. Keeping my head high and having chosen to live the way I wanted, I had finally earned acceptance.

Forcing A New Bride Into ‘Mandatory’ Sarees Will Only Spoil This Graceful Garment For Her!