What are young girls' dreams made of? Surely marriage and picking up men's underwear come into the picture somewhere! 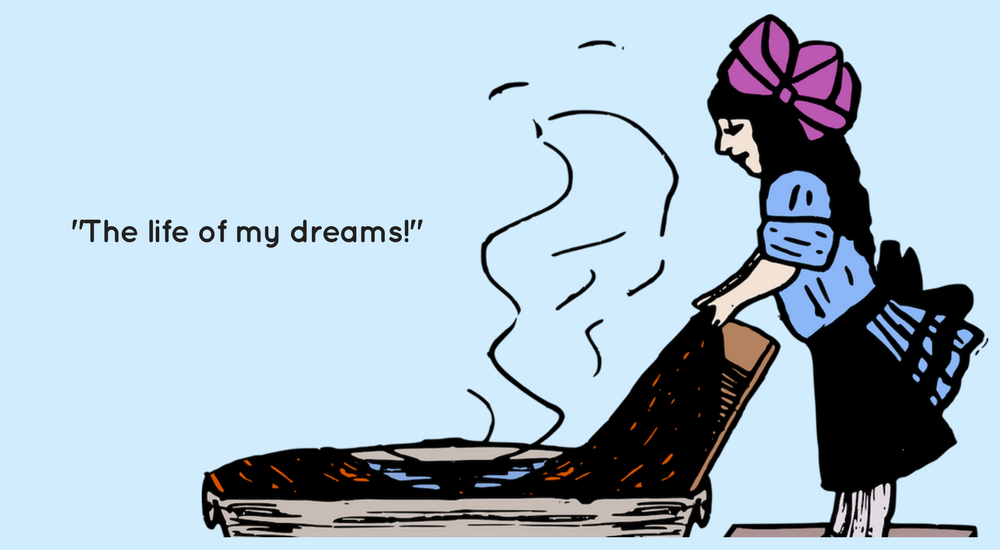 What are young girls’ dreams made of? Surely marriage and picking up men’s underwear come into the picture somewhere!

Pishi bai once told Sunita that washing her man’s underwear was a privilege and a show of love, as Pishi bai scrubbed her husband’s brown underwear with extra vigor. Underwear that she had scooped into her laundry pile from the floor where her husband discarded it everyday in a circle in front of the bathroom door. Sometimes he surprised Pishi bai by dropping his pants inside the bedroom and leaving the circular symbol of love on the mosaic tiles.

It was exactly then that Sunita knew how her ‘ever after’ should look like. Once the family had decided that she had studied enough (after all who would marry an over educated girl), they started looking for alliances. They told the maushi who always seemed to know eligible men and also the broker who had got Shilpa married off to that eligible groom who lived in Matunga.

One by one they started coming home. Sunita got a couple of parrot green and brown colour sarees for just these occasions. She also had some of Shilpa’s old sarees that she could borrow. She looked at each man in all earnestness and asked herself this one potent question, “Will I be happy washing his underwear for the rest of my life? Till death do us apart? Will I make it my life’s mission to seek out the underwear from the places he chooses to fling it and scrub it, wring it and leave it out to dry?” After all she wanted to smile with the same sense of fulfillment as Pishi bai used to have.

The first man to come to her house and munch on laddoos with particles falling onto his khakhi kurta was only 6 months older than her. He asked her if she knew to sing and cook. He had his life’s mission sorted; his aim in life was to save money on a radio while being well fed. Her dreams were also infallible – she wanted to marry a man whose underwear she would wash for eternity. He did not somehow give her good inner feelings and thankfully he rejected her because her singing was not as good as the girl he saw in Kurla where they served him gajar ka halwa.

The second and third man who came to see her were a blur as they came and ate the laddoos that had been made by the tinful to serve prospective grooms. By the fourth to-be groom the stock of laddoos was running low and he was planning to come with ten members of his immediate family (which was always a good thing). Sunita’s mom made some quick poha and had Sunita chop up the onions and green chillies this time. They came, they ate and they left. By now Sunita had almost given up on her dreams and was ready to wash any man’s underwear as long as he wore underwear and should he choose to accept her.

Then Kamal came along and he said he would marry her; her family rejoiced as he would be giving her a life. She rejoiced because she caught a peek of white underwear as he adjusted his jeans after getting up. The marriage happened in a rush as Sunita’s family did not want such a good catch to slip away. She left with him and his family and the car that her parents gifted him. She looked wistfully as the family discussed where they should keep the car as they did not have a car shed or even decent parking in Khopoli near their chawl.

They reached Kamal’s house and the rest of the family gushed at her in their 1 BHK flat. They took her to see the kitchen as was customary for the new bride and suddenly she felt her heart drop to her stomach as she caught a glimpse of their new sparkling washing machine that Kamal had bought as a gift for his newly wed wife.

Note: In case not already evident, this is meant to be read as a big dollop of sarcasm.