Why Are Husbands Always Right? Why Are Wives Always Wrong Before Their Husbands?

Are men really god’s gifts to women as they seem to think they are? When is this blatant chauvinism going to be shattered?

Last evening I heard a man advocate the rules of English to someone. He openly declared that the ‘usage’ in English language is somewhat analogous to a ‘husband’, and ‘grammar’ to a ‘wife’. He blatantly justified it by saying that since the husband is always right, so is the usage. He also generalised that grammar goes wrong before usage just like a wife who is always wrong before a husband, and hence usage in English always comes before grammar.

I understood why he said that usage in English comes before grammar (because it does happen ‘sometimes’), but I couldn’t fathom why he compared these two concepts with husband and wife because he just stood there and stated it veraciously as if what he said was the universal truth.

Why are husbands always right?

Are men gods or intellectuals or did he want to declare that only men (who eventually become husbands) have the capacity to to think, reason and judge?

Why are wives always wrong before their husbands?

Are all wives dumb or did he want to declare that women (who eventually become wives) have no brains?

Or was he trying to imply that women didn’t have the capacity to think and lacked lucidity (and may be he was trying to show women their ‘place’)?

Does he have a wife and daughters?

If yes, does he always slap and correct them when they talk because husbands are always right and hence all the females in his house are wrong?

Did his dad treat his mother the same?

It took me at least a minute to realise he definitely wasn’t there to talk about English and its usage but rather declare and establish the fact the men are always right and express his chauvinism towards women.

Many decades ago, marriage was defined as a fundamentally sexist institution where the wife was both financially and sexually subservient to her husband, and no matter what, wives weren’t supposed to talk before their husbands because they were assumed to be stupid and their reasoning was believed to be limited to the kitchen and its spices.

Though our national constitution has been amended and laws have changed drastically to favour the equality of both husband and wife, disseminating such subservient norms immoral, the reality is that the way we define the concept of marriage according to the law bears little resemblance to the actual concept of marriage still being adhered to.

The man who was chastening women yesterday needs to be admonished and reprimanded because he was rude, adamant, stubborn, and was being an aggrandising  narcissist.

His understanding of English is also flawed- he has no idea that without grammar, the usage won’t even matter! 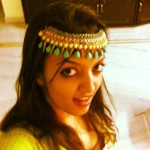 Teaching Sex Education And Self-Esteem In School Will Help Destroy The Toxic Culture We Live In!