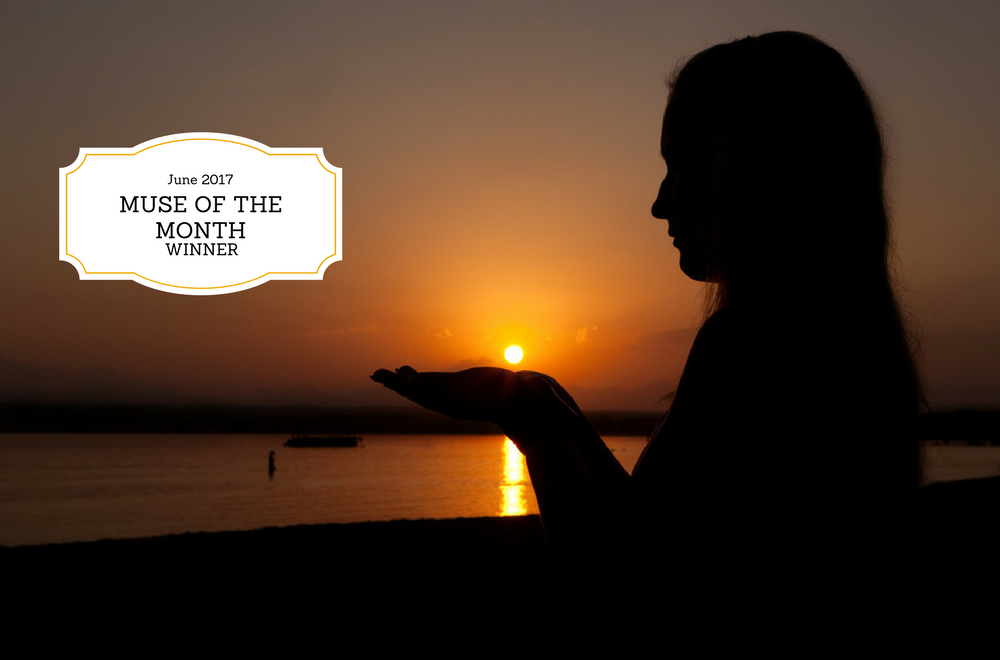 Her youngest son had a girlfriend. She had come to know that the duo had gone to Goa together. How could she accept a daughter-in-law who was so open-minded?

Here is the fourth winner of our June 2017 Muse of the Month contest, Tanvi Sinha.

Chanda and Arya were watching the movie ‘Love Aaj Kal’ together on a windy Saturday night.  Every few minutes there would be a sound of thunder, compelling Chanda to raise the volume. It was unusual for Arya to be home on a weekend night. But the rain was so heavy that it has been impossible for her to go out.

Chanda was a 59-year-old bank manager who had recently been transferred to Bangalore. She was hoping to get a transfer back to her hometown, Lucknow as she was on the verge of her retirement. She was looking for a temporary accommodation until she saw an advertisement on a social networking site:

Urgently looking for a chilled out, female flat mate. Two BHK in a gated society. All facilities in place including wifi. Current flat mate moving out in June.

The building was walking distance from Chanda’s office. She immediately went to check it out, as she hated Bangalore traffic.  Arya had welcomed her readily, distraught by the burden of the huge rent. How bad could sharing a place with an older woman be, Arya had thought.

Two months later, she had started wondering if she had made a mistake. Living with Chanda reminded her of her hostel days, where a warden would scrutinize her every move.

Today, the two women were stuck with each other, having nothing better to do.  Rishi Kapoor and Saif Ali Khan’s characters in the movie were discussing relationships then and now. The younger man asked the older man if ‘something’ had happened between him and the woman he liked.

“In those days nothing happened before marriage! Unlike your generation, where first everything happens, then you ask by the way what was your name!”

Chanda smirked, looking at Arya. Arya ignored her. But Chanda could not resist the opportunity to say what she had been wanting to say for a long time.

‘Who was that guy who had stayed in your room all night, last to last Friday? Naveen?

‘Ahh. He never came back. What happened?’

‘We are not together anymore, Aunty.’

‘I don’t know. He just lost interest, I guess!’

‘This is what will happen no, if you give him what he wants. He will enjoy, use you and leave. You should have first asked if he intended to marry you!’

‘I had thought he was serious about me. And by the way Aunty, I am not a pair of shoes that I will get ‘used’ and lose my shine! It’s not like I am damaged now, and less useful to my next ‘user’!’

‘You have been looking sad. I know you miss him! Girls like you try to be modern by having affairs. But eventually you get hurt and lonely. What is the point! Society had made such rules for our own good. I am very modern myself. Worked 30 years in the bank.  If you want to date also go ahead. But at least stay within your limits! Being intimate with unknown men is not empowerment!

‘Aunty, how long had you dated uncle before marriage?’

‘What! I had an arranged marriage. I had seen his photo. But met him only on the day of the wedding!’

‘And your eldest son was born after nine months!’

‘Yeah! Family planning was not the trend then!’

‘Aunty, with due respect, YOU practically got ‘intimate’ with a stranger! At least I had known Nishant for two months before we moved forward!’

‘Don’t compare your Saturday night dates with my husband! Accept it! Intimacy is so important for your generation that you can’t even wait for marriage!’

‘Aunty, you were 20 when you got married. I am 29. I lost my virginity last year. Eight years after you had!  I am sure you enjoyed much more ‘intimacy’ than me. Three sons! Four abortions!

‘You are disgusting Arya! I told you about my medical history only because you had driven me to the hospital, when I had to get that cyst removed! Not so that you would use it to insult me like this!

‘And you know about my personal life because you live with me! Sorry Aunty, I am just trying to say that I only did what you have been doing for years, just outside your realms of morality! But there is no point arguing with you. You are convinced that you are right and I am wrong!’

Arya stormed out of the room. Chanda switched off the television. It was boring to watch the movie alone. She went to bed. But she could not sleep.

There is no point arguing with you. That sounded so familiar…

Her youngest son had a girlfriend. She had come to know that the duo had gone to Goa together. How could she accept a daughter-in-law who was so open-minded? She had emotionally blackmailed her son, forcing him to marry a girl of her choice.  He had given in, but had lost respect for her. Her new daughter-in-law had got irritated with her histrionics within a few months. The son and his wife had restricted their relationship with her to an annual visit during Diwali.  Both of her elder sons were settled in the US. Their wives did not like staying with her either. They all complained she was too interfering and controlling.

Arya had taken her to the hospital and stayed by her side, when nobody else was there for her. She was a nice girl. Her daughters-in-law were also decent. But everybody had moved away from her. Was Arya right? Could she be wrong?  She felt a pinch of guilt, regretting her words and actions.

The next morning Arya woke up to a very appealing smell. The dining table was lavishly set.

‘I have made tunday kabab, mutton biryani and malayi ki gilori for you. All delicacies from Lucknow! My kids used to love my cooking!  Now it is an empty nest! After my retirement, I don’t know how I will manage!’

‘Wow, aunty! With food like this, there is no way you will have an empty nest! I will certainly be visiting you!’

‘Really? You will come! I will feel very happy!’

The soft kebab melted in Arya’s mouth so effortlessly. So did the bitterness that had built up in so many days.

Chanda lived with Arya for the next eight months, as her request for transfer was not approved. It was a blessing in disguise. Arya who was newly single, had started taking Chanda out for movies, plays, and shopping. It was a series of ‘first’ times for Chanda. Whether it was wearing jeans, attending a pub, or having a Mojito. For Arya, it was a distraction from her recent break-up. The friendship may have started unusually, but it had blossomed into genuine fondness.

Chanda had invited her friends for lunch.  Mrs. Shrivastava  was looking for a bride for her elder son. Chanda told her about Arya, who was independent and smart.

‘I don’t want such a modern girl! She is living alone. Must have had boyfriends also! I want a homely girl,’ said Mrs. Shrivastava with a frown.

Chanda’s transformation may have shocked her friends, but her relationship with her family members had been healthier than ever before. She made sincere efforts to be more pleasant to her three daughters- in-law. She would resist the urge to scold them for the most trivial things, though it took considerable practice. They reciprocated with respect. They now visit her regularly and include her in their vacation plans.

Maybe the nest was never empty. Her values were.