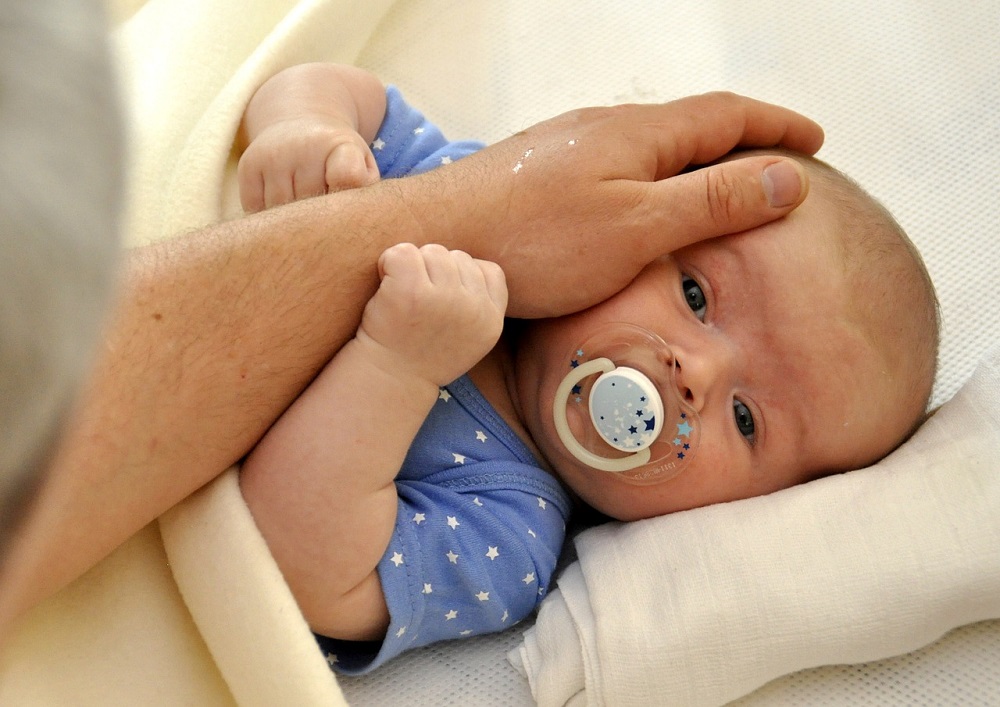 The Male Biological Clock – Is It A Myth Or Reality?

Can men be too old to have healthy kids? Although not researched until recently, the mounting evidence about a male biological clock is getting hard to ignore.

In my early twenties, I was already in a committed relationship and I was in the middle of my doctoral studies. Since I was sure I wanted a child, it would require some planning. There is almost never a good time to have a baby for a woman focused on her career, so one has to just choose a not too bad time. Having a baby as a student, whilst in a long distance relationship with my husband who was also a student, was, for me, quite unthinkable.

But like most women, I also faced the pressure of the biological clock. I wanted a baby before the age of 30. My husband left it to me to choose when we should have a baby, since I would be the one who would have to endure pregnancy. But we never even talked about a male biological clock ticking away for him. It never even occurred to us that it existed.

Although it is not certain that a male biological clock for reproduction exists, there is mounting evidence that is becoming increasingly harder to ignore. Particularly, men over the age of 40 procreating pose an increased risk of genetic mutations in their child.

Menopause puts a dramatic stopper in a woman’s ability to have a child. In India the average age for menopause is 46 to 47.5 years, which is considerably lower than in some developed western countries. But long before that, around the age of 30, women feel the pressure of the biological clock, because studies have shown the increase in difficulty in conceiving, and in risk of miscarriages and genetic disorders in the offspring as they grow older.

Until recently, very little research was directed towards the ability of ageing men to father healthy offspring. Although there is no dramatic cut off point in the ability of all men to sire children, age does take its toll. The reproductive problems in men, usually occur at an older age, around 40, and at a more gradual pace, than they do in women, and are not universal.

As is the norm in patriarchal societies, it is common to blame women for everything, so also when it came to fertility, miscarriages and genetic defects, women were automatically considered to be the problem. But new research clearly shows us that the age and sperm quality of the man must be a factor in family planning.

Here are the three main problems the ticking male biological clock results in, that women are solely blamed for.

Older the man in a couple, the more difficult it can be to conceive, something that women have been bearing the sole brunt of all these years. A study has found that after compensating for the age of the woman and several other factors, the rate of conception within the first year in men over 35 is only half as much as it is in men under 25. Another study shows that the time for conception among men older than 45 is 4.6 times more likely to be greater than a year, than among men under the age of 25.

Women are, again, the only ones blamed and stigmatized in case of miscarriages. Researchers conducting a study at Columbia University found, “Women with partners aged 35 or older had nearly three times as many miscarriages as compared with women conceiving with men younger than 25 years of age.” as reported in Science Daily.

Genetic abnormalities in the baby

Genetic abnormality in the child? Blame the woman bearing it!

While women are born with all the eggs they will ever have, men produce sperm everyday. Since the eggs are made at birth they have a very low probability of carrying genetic defects. However, as men age, the chances of producing genetically defective sperm increases significantly. Such defective sperm not only makes it harder to conceive and increases the chances of miscarriages, but also can result in birth defects in babies.

Another article reports that recent clinical trials have found links between the age of the father, and the likelihood of offspring with Down syndrome or schizophrenia. Autism is also more common among children born to men older than 45.

Some men (approximately 30% in their fifties) go through andropause as they get older. Andropause is often called male menopause. According to this article andropause is associated with a significant drop in testosterone levels that can result in loss of muscle mass, depression, increase in body fat and erectile dysfunction. Some even suffer symptoms like irritability, mood swings, lack of energy and hot flashes.

Unfortunately a patriarchal society makes it harder for men to admit to infertility, usually making them very reluctant to get checked. As a result society often blames the woman first, and she goes through expensive and difficult fertility treatments, even though male fertility treatments may be simpler and less invasive.

Another reason mentioned for having children early, is that child rearing is exhausting and younger people have more energy. In my opinion, since child rearing should be shared between both parents, the argument should apply to fathers as much as to mothers.

Women in India are often hounded by family and relatives to get married and have kids before it is too late. Even in some educated families, this attitude is justified in terms of the ticking biological clock. Many women are pressured to make major life style changes at a time when such changes can be devastating to their career, growth and self interest.

On the other hand, men at the prime of life, are asked to focus on their careers and establish themselves as there is plenty of time to set up a family. This double standard no longer has even the feeble excuse of biological clocks. In fact, since health risks in the new born are more likely caused by damaged sperm, men need to be made aware, so they can be more responsible about having a child.

This will help level the playing field for women when it comes to careers, especially if parenting is considered a shared responsibility. If men too have a ticking male biological clock and actively participate in parenting, then businesses will have no excuses for hiring and promoting men over women.

In my opinion, the societal pressure should be removed from both parties, so that individuals can decide when they want to have a child, and what risks – either personal or professional – they are comfortable with as individuals and as a couple.

Why I Celebrated My Husband Too, On Mother’s Day!

Adopting A Child Is A Beautiful Way Of Building Your Family. Go For It!