‘Dabaang’ Women From Indian Mythology Who Inspire Us Even Today!

From the fierce warrior Kali to the gentle wife Sita, these 'Dabaang' women from Indian mythology inspire us till this day! 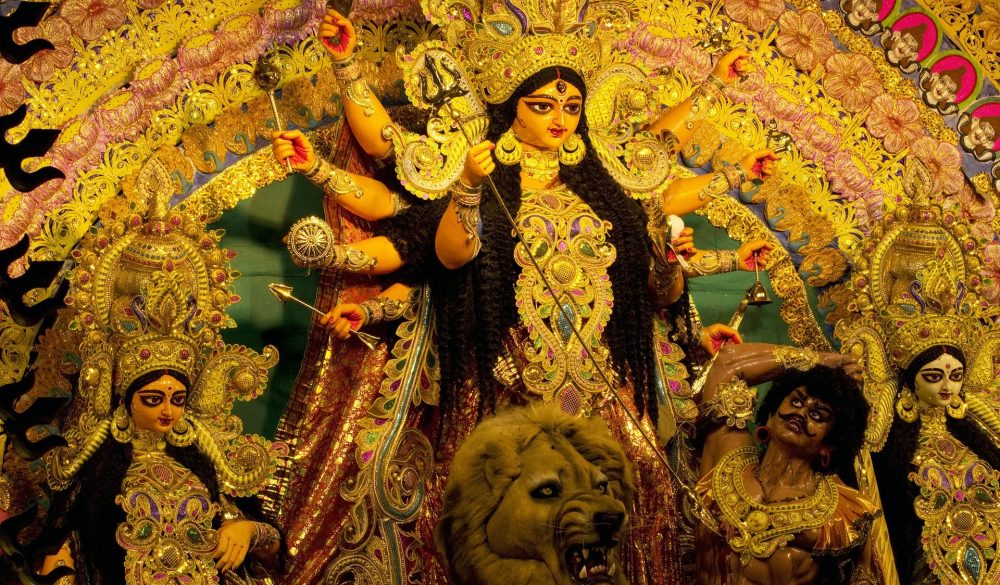 From the fierce warrior Kali to the gentle wife Sita, these ‘Dabaang’ women from Indian mythology inspire us till this day!

Women in Indian mythology encapsulate courage, confidence, love, calmness, tolerance. Most of all they represent strength of character — to never give up and sticking to one’s ideals even in the face of odds. From the raging Kali – a gentle mother and a fierce warrior to the strong willed Draupadi; from the sexually liberated Soorpanakha to the enchantress Mohini — women in Indian mythology are the misfits who not only knew their minds but also made sure they get what they desired.

Our weekly #WomenOnTheMove chat got the Twitterati talking about the women who fit the bill of really strong and powerful women and inspire us even today! Here’s what they said.

Durga the ‘invincible’ is considered as the most powerful of all goddesses who unleashes her terror on demons and everything evil.

A1: Durga. For she is fearless, powerful, demolishes evil, and she is unbeatable! #WomenOnTheMove https://t.co/YewRhw9kGD

Sita is a multifaceted woman in Indian mythology. Some view her as a goddess, others as a devoted wife and then there are others who see her as a self respecting woman who chooses to perish rather than live a lie.

Draupadi was a strong-willed woman. She was also a brilliant strategist who timed her revenge perfectly and ensured that she did not fail.

Despite the fearful appearance, Kali also assumes the form of an ever-caring mother for her devotees.

I would like to be Kali… For her fierce nature

#WomenOnTheMove Ganga…and even Hidimba were strong women in #indianmythology. I really wish we had more examples.

Dressed in a pristine white Sari, Saraswati represents all that we seek throughout our lives — knowledge.

#womenonthemove A1. I would choose to be Devi Saraswati as she holds all the knowledge in the world and knowledge is the real wealth

Soorpanakha, the sister of Ravana represents a confident woman who knows what she desires and doesn’t flinch in reaching out and get what she wants.

Surpnakha! Babe knew her mind & wasn’t hesitant in reaching out for what she wanted.