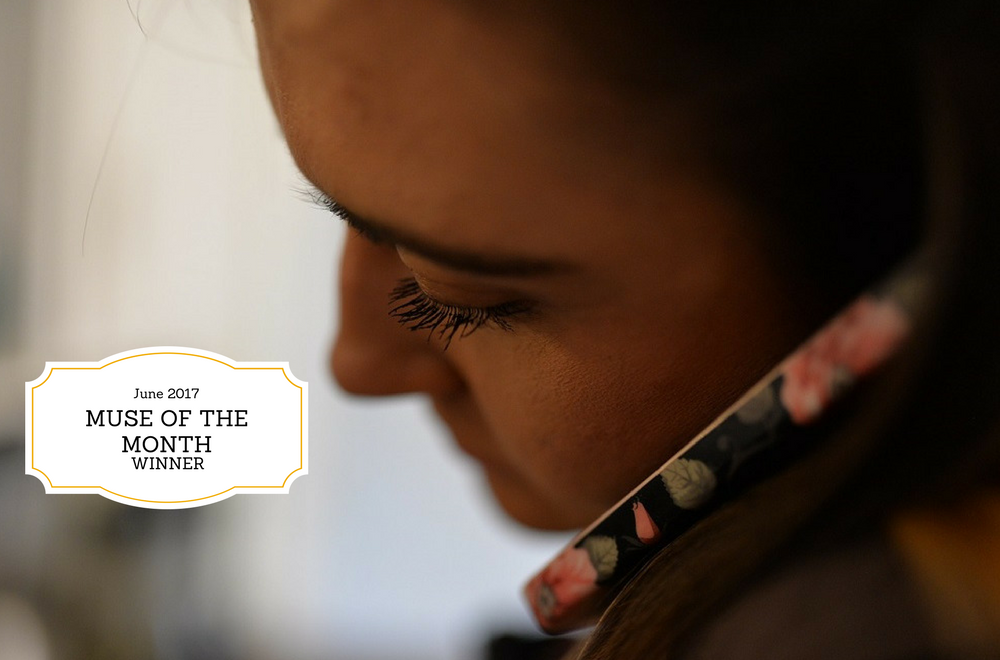 A Series Of Fortunate Events [#ShortStory]

With the wedding a month away, I’d assumed he too would want to discuss a few things about our sex life, and I’d brought up the topic.

Here is the first winner of our June 2017 Muse of the Month contest, Vijayalaxmi Harish.

A Series Of Fortunate Events

In a marriage crazy society like India, when a wedding gets cancelled a month before it is scheduled to happen, it is not usually considered a fortunate event. For me, however, it couldn’t have worked out better.

It happened on a Tuesday. I was in office, mindlessly pounding away at the keyboard, trying not to lose my mind within the cells in an excel sheet, when Amma called.

“In office, Amma, where else?”

With that terse message she cut the call. From her voice I knew a storm was coming. Leaving a hurried message to my boss citing a family emergency, I was in a rickshaw within minutes. When I reached, Appa was pacing like a tiger in a cage and Amma’s eyes were filled with furious tears.

“What did you say to Anand?” Appa asked through clenched teeth.

“They’ve cancelled the wedding. Anand told his parents that you are very uncultured. Vulgar, it seems. What did you say?” he thundered.

Then realization dawned on me. Anand was my fiancé. A distant relative had brought the proposal to my parents, and after a few meetings with Anand I had agreed to it. We had been engaged for 6 months. He had seemed like an open-minded, modern guy, at least until now.

Last night, while chatting on the phone, I’d spoken about sex. With the wedding a month away, I’d assumed he too would want to discuss a few things about our sex life, and I’d brought up the topic. I should have suspected something when he made excuses and cut the call.

The reaction when I told my parents was as expected.

“We didn’t raise you like this. What were you even thinking? Aren’t we a decent household? Are unmarried women supposed to talk like this? And that too to your would-be” he ranted.

“So, should I have gone and spoken about this to random strangers on the street, Appa?” I was furious. “Anand and I were going to share a bed in a month’s time. I just thought it was time to clarify a few things. It’s not my fault he is a close-minded oaf. Good riddance!”

“What thimiru! Have you lost all respect? Have you no idea how to talk to your parents also? No one in our family has ever been so indecent.”

“Don’t shout so loudly. The neighbours will hear.” Amma sniffled.

“Let them hear. My misfortune. What to do? All the disadvantage of having a daughter.” And on and on he went.

As it turned out, the neighbours did hear.

Whether because of my father’s ranting, or because of the maami-grapevine, which no one can escape, my ‘news’ was soon known to every Rukku, Lalli and Kamakshi in the society. Every time I stepped out I was greeted with looks of curiosity and instant whispering. Even more unbearable was the leching from some of the young boys and old uncles alike. The idea of a woman talking about about sex somehow makes her in their mind, someone not worthy of the respect a ‘decent’ woman deserves. I suffered it in silence, but it was too much for my parents, who took off immediately to Mumbai, to stay with my brother. I refused to go. I was determined not to let these things affect me.

The truth however, is that I was affected. I was in a blind rage. I wanted to lash out; to silence; to speak my truth.

Eventually, I did. On the day I was supposed to get married, I wrote an impassioned note on Facebook.

“Society, your honour is unbelievable. You can think about sex and watch sex. But talking openly about sex is a TABOO. You would rather believe that every woman is Mother Mary, a virgin mother, even as you lust after scantily clad women on TV. You even condemn a woman with fully covered legs—saying that her leggings are indecent, and yet it is my mind that is dirty because I spoke to my would-be husband about sex? You want your wife to pleasure you in bed, but if I lay claim to that same pleasure, it makes me a wanton woman? You take the moral high ground and claim you can reject me. But no. It is I who reject you.”

I wrote it and went to sleep. I awoke the next morning to find that the dam had burst. My post had gone viral! My phone, which I’d put on silent, was crammed with missed calls and messgaes. What have you gone and done now, Vidya? I thought to myself.

The post going viral was the second fortunate event, which in turn led to the third.

About a week later, I got a call.

“Hi Vidya. This is Asha here. I got your number from your classmate Pooja. Is this a good time to talk?”

“Yeah sure. What is this about?”

“Some of us are starting a bi-lingual magazine for women. English and Tamil and this will be both in print and online. I read your Facebook post and it’s exactly the kind of voice we’re looking for. I understand you’re a blogger as well, and I’ve seen some of your writing. It seems to be that you would be a good fit with our magazine. Would you be interested in talking with us about joining as a contributor? We have plans for a regular column that we’d like to speak to you about.”

And that is how I started writing the weekly Women Talk About Sex.

The column became extremely popular and got me TV interviews and appearances in Tamil TV debates. People still whispered and pointed, but somehow that all faded into the background now. Distance and time helped smooth over things with Appa and Amma too, and eventually they came back. Appa won’t admit it, but he is quite proud when he sees me on TV. Amma is back on her search for a groom for me, but I am in no hurry.

The best thing however, happened today. I was at my favourite sandwich shop on TTK road, relishing a Brownie Cheese Grilled Sandwich (yes, it is a thing!), when I felt a tug on my kurta.

A soft voice followed it, “Akka, I’ve seen you on TV. I wanted to say thank you.”

I turned around to see a young woman in her twenties, in a floral salwar kameez. The rich yellow thread around her neck and bright red kumkum told me she was newly married. Turmeric and happiness lent radiance to her face, matched by the beaming smile on the face of the young man standing next to her.

“You saved me, Akka. My parents wanted me to marry another man, but I had my doubts about him. Then you came on that TV show and spoke about how both girl and boy should get tested for sexually transmitted diseases before marriage. I insisted that he get tested and he got angry. Almost hit me. That was enough for my Appa to cancel the wedding. Later we found out that he already had some disease, which he knew about. He was hiding it from us. You saved me, Akka. Thank you!”

“I’m glad for you. Is this your husband?”

“Yes Akka. He agreed to get tested. I also. And we got married only after we discussed everything. He said he is ready to wait to have a child till I finish my studies. I learnt all this from you. Thank you.”

I could have cried tears of joy. By some twist of fate, the fortunate event of my cancelled wedding had led to marital bliss for someone else. That made everything worth it.

Vijayalaxmi Harish wins a Rs 250 Amazon voucher, as well as a chance to be picked one among the top winners at the end of 2017. Congratulations!

A Mother’s Work Is Never Done!

Dirty Picture. Be Inspired And Write For Our Muse Of The Month June 2017

The Flight Back Home