Is 13 Reasons Why Creating Suicide Awareness Or Romanticising It?

Does 13 Reasons Why glorify suicide? This show is about a high school girl who commits suicide, and leaves 13 audio tapes about the reasons why she did it. 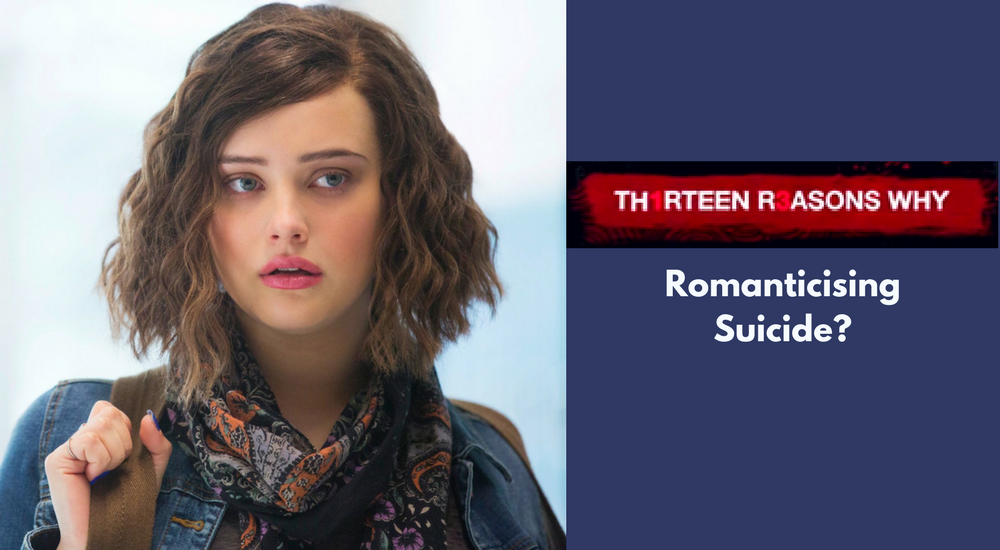 One latest show that is creating a lot of controversy internationally is Netflix’s original series, 13 Reasons Why. Based on a book, it is about a high school girl who commits suicide, and leaves 13 audio tapes about the reasons why she did it.

The tapes are sent to people who in some way or another have contributed to her suicide. There are serious issues shown in the show such as bullying, rape, cyber bullying, and suicide. The intent of the show was to create more awareness about suicide and the importance of being kind and sensitive to others. While it sounds like a great idea, I did not feel that the show manages to achieve this. I felt that it glorifies, rationalizes, and justifies suicide.

Let’s start with the unrealistic premise

Nobody can call out from the grave. In the show, Hannah Baker reaches out to people after her death through the tapes. The very premise is unrealistic. The show makes people believe that once they die, people will sympathize with them and finally accept that they did them wrong.  It is like a revenge strategy. The people who did her wrong in this case were her classmates.

Why does 13 Reasons Why make us believe that people will care about us after we are dead? Even if they do, does it really matter once we are gone? The only people who will suffer are parents, siblings, immediate family members.other people may care for some time. Then they will forget and move on.

Normalising Suicide as the logical and only option

Hannah tries to get help from the school counselor who is not of much help. When she talks about rape, he questions her whether she remembers it correctly. Maybe she initially wanted it, then changed her mind? This kind of projection of counselors would further deter people from seeking help. I know that this does happen. People do not believe or support the rape/assault survivor or undermine the feelings of somebody who sounds depressed. But they could have shown her fighting and getting justice. That would have set a better example. How would assault and rape survivors or bullied teens feel after watching this show? That killing themselves is ‘natural’? Something that is expected of them?

13 Reasons Why puts the responsibility of Hannah’s suicide on so many of her classmates (not just the rapist) who received the tapes. “We all killed Hannah!” Does she ever mention her suicidal thoughts to anybody? Is she suffering from a mental illness?

Why could she not reach out to her parents? Her parents are loving and do care for her. What kind of example is this setting? That there is no help whatsoever and suicide is the only logical option?

I feel that the last thing people should be made to believe is that if they kill themselves, people who finally ignored and hurt them will realise they were in pain all along.  And that this would be their justice.

Teenagers and their vulnerable minds

Throughout the show, there are a bunch of high school kids keeping secrets in an attempt to ‘honour’ their friendship. I found this very annoying. Some of them have supportive and approachable parents who keep asking them what is wrong. Still, none of them reach out to any responsible adults.

My fear is that teenagers who watch 13 Reasons Why may not necessarily discuss their feelings with parents, counselors or any other responsible adults. The conversation that the show aims to initiate may happen only among the peer group that is not equipped to deal with it.

Would parents actually discuss the show with children or would they watch it together? The thought of losing a child is unimaginable for parents. The thought of discussing a suicide with a child may also be unimaginable, as if they are giving them ideas.

Hannah slits her wrists. She looks almost peaceful once she has realized what she has done. From what I have heard, people who commit suicide often immediately regret it the moment the horror sinks it. But she did not even scream. It gives a picture that suicide can be quick and painless.

Empathy may not be enough, professional help is required

Teen suicide is a very pertinent issue in the US. In India too, so many students commit suicide because of academic pressure. Female celebrities have committed suicide after a break-up. Suicide is horrific and the biggest pain is for the surviving family members.

The recent livestreaming of the video of a young man jumping to his death on a social networking site death was extremely disturbing. It was a call for help. But no help can be delivered after death. Some people may be suffering from serious mental illnesses and their actions may not even be in their control. They need professional help.  We need a better framework of suicide helpline options and feasible support groups.