Women's right to worship suffers a direct hit due to patriarchal ideas. Here is a good look at the legal and moral positions on that. 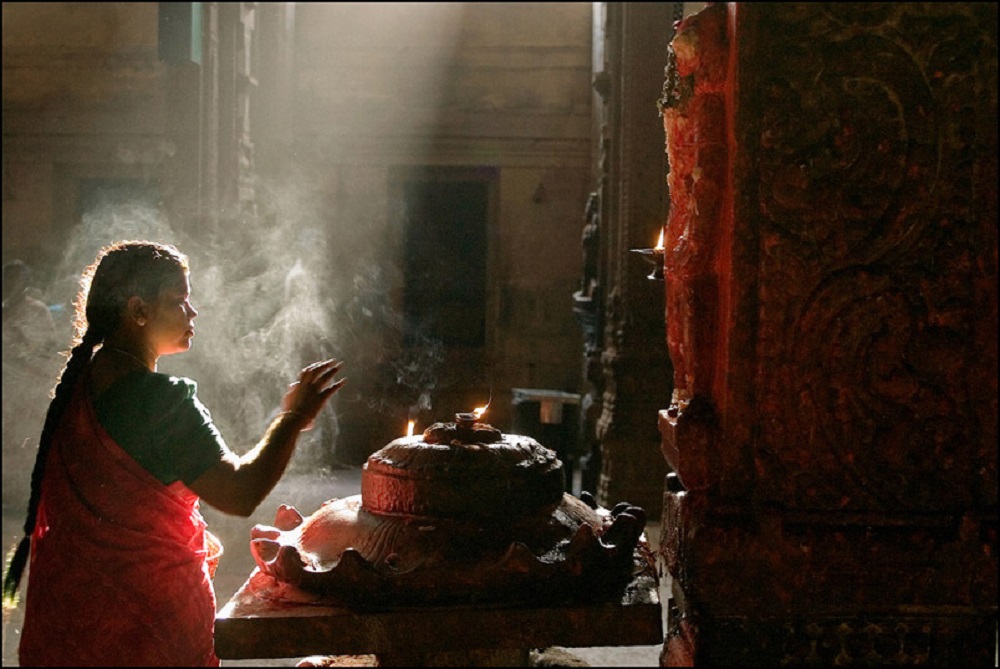 Women’s right to worship suffers a direct hit due to patriarchal ideas. Here is a good look at the legal and moral positions on that.

What do you mean by a place of worship?

Is everyone allowed to enter the place of worship in India?

Half of the population is barred from entering many such places of worship all over the country. The basis for such a bar is only one – your gender. It doesn’t matter how respected you are in society or how you are as a person, the only bar to entering a place of worship is if you are a female. And the surprising fact is that almost 60 years after the Constitution granted women the right to vote, many women are only just starting to question why they are not allowed to enter their choice of place of worship.

But why is that?

The roots of this can be traced back to the fact that though women were given political rights along with the rest of the world, their place in the family remained abysmal.

Women  suffered because of the patriarchal system in every facet of their lives, ruled first by their fathers, then by their husbands and lastly by their sons. Women have been on the receiving end of atrocities like Sati, female infanticide, forced marriages, dowry, domestic violence, rape and even prostitution. So it never dawned on them, busy as they were fighting for their basic rights, that not only were they being reduced to slaves in their houses, but they were also being deprived of their religious freedom.

Do all the religions in India bar women from entering a place of worship?

India has numerous religions and each religion has sects and sub-sects of traditions and practices. Certain sects may not hold an objection to women entering a mosque or a temple and some religious leaders also promote a progressive view. The problem arises when some religious saints take an ‘unforgiving and rigid’ stand, which influences societal notions. Keeping this in mind, it would be correct to say that yes, all religions bar women from entering a place of worship in some way or the other.

How did the movement protesting against this start?

Women have been protesting against religious inequalities since a long time. The efforts of select women against the orthodox religious community gained momentum when a women entered into the Shani Shingnapur shrine, only to have it cleaned rigorously by the priests when they learned of it. There were many such cases throughout the country, but this case caught the eye of activist Trupti Desai, who was outraged at the frenzied cleaning.

Since then Desai has been at the forefront for the growing campaign for the demand of equal rights for women in religion. Desai has been  accredited for bringing together the entire women population as well as select men who believe that the bias against women is unfounded. Many locals and priests have threatened her with bodily harm and death threats but she has not been deterred from her path.

Which are some of the shrines that do not/did not allow women to enter and why?

Some of the places of worship that bar women from entering either completely or in certain areas are as follows.

Most of the temples that do not allow women do so on the reasoning that women are ‘impure’ because they menstruate. The ‘worldly’ priests do not seem to understand that the reason they are standing there is due to women who gave birth to them, which is supported by menstruation- their very reason for calling women dirty. After all, there cannot be a God who hates women.

Are my rights violated if I am not allowed to enter a place of worship?

Yes, many of your fundamental rights are violated –  your right to equality, your right against discrimination, right to life and personal liberty, and your right to worship the religion of your choice .

Women are supposed to be treated equally by the law. What kind of equality would it be if women were not allowed to walk where men can? Under the Constitution, no individual can discriminate on the basis of religion. Therefore, legally, priests cannot reason that their religion bars entry of women into the shrine. The law also provides the right to all to practice their religion. An integral and sacrosanct part of religion is formed by visiting the place of worship. By not allowing women, the ‘temple authorities’ are not allowing women to practice their religion freely. Thus, it can be said that, under law the stance of the priests and temple authorities hold no merit.

Priests usually argue that age-old traditions are an integral part of our culture. Sati, child marriages, honour killings and  dowry were also part of this culture. They were removed, rather amputated, for the betterment of society and are now seen as regressive and patriarchal practices.

There are many who still feel that women do not deserve to enter a shrine because they are dirtying the holy grounds. What needs to be understood is that dalits were treated in the same oppressive manner. This is as baseless as that. However, it is truly gratifying to see women of all religions coming together to fight for each others rights. Women’s rights activists are hopeful that the highest court of the land will take cognizance of the injustice done to them and help rectify centuries of oppressive male domination by adjudicating in favor of equality.

20 A very short person with a very large imagination. If you say anything remotely racist or sexist, I'll SCREAM at your torso. read more...

Ragging Is A Kind Of Sexual Harassment At College. Here Is What You Need To Know To Be Safe