The Curious Case Of Menstruating Women and Sabarimala Temple

Sabarimala Temple does not allow women in their reproductive age to enter the temple. On Monday the Supreme Court has asked temple authorities to explain the ban. 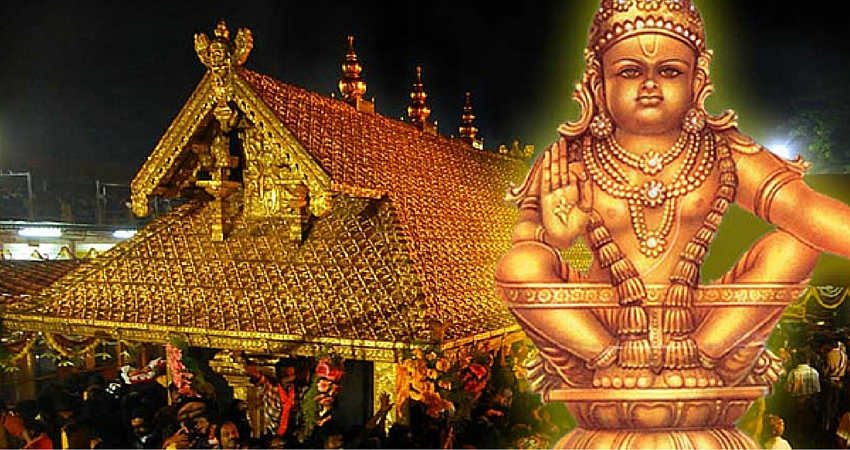 Sabarimala Temple does not allow women in their reproductive age to enter the temple. On Monday the Supreme Court has asked temple authorities to explain the ban.

Generations have passed and women have fought for equal opportunities since then and sadly, are still fighting today, in this so called technology-driven modern world.  One such issue that has shook women across the country is the practice and in fact, the statement that came from a high priest in a popular Hindu pilgrimage centre, Sabarimala, that has lakhs of devotees visit this Ayappa swamy temple yearly. The head of the temple, in November, said he would consider allowing women to enter if there was a machine to check if they were menstruating. This statement triggered the feelings of women and many of them launched a campaign called #happytobleed which went viral on Social Networking Sites (SNS) with girls holding a placard that read ‘happy to bleed’.

Sabarimala is one of the few temples in India that welcomes men of every caste. Devotees dress uniformly in black. The colour signifies a renunciation of all worldly pleasures, but it also means that everyone is equal before Ayappa, irrespective of caste. In fact, the hierarchy among devotees is based on how many times they have made the pilgrimage and not on caste. It is so good to see people not divide themselves based on caste. But gender?  The temple bars women of reproductive age entering the temple premises, only allowing entry to girls aged below 10 and women over 50. The Indian Young Lawyers’ Association (IYLA) filed a petition in the Supreme Court seeking entry for all women, prompting the court on Monday to ask temple authorities to explain the ban. The Supreme Court, on its first hearing, has not yet delivered a verdict and the second hearing is on Febrauary 8th.

Menstruation is not anything new and is the same for every woman despite one’s colour or creed. There is a negative impression among people, not just men, but surprisingly, women too. I have personally come across many such women who think the practice the temple follows is right. Most of such women are either not well educated or lack the basic knowledge about why they menstruate.

Many scientists researched and reported that the menotoxin could be found in a woman’s menstrual blood, but also venous blood, sweat, and breast milk.

Many scientists researched and reported that the menotoxin could be found in a woman’s menstrual blood, but also venous blood, sweat, and breast milk. Also, it was observed that women feel weak during her period, because of the loss of blood in her body. In India, most of our ancestors believed that during their period, women needed rest and thus were kept away from the household works. As time passed, this practice of keeping women away from the household works was seen from a negative aspect. People assumed women were made to sit aside and not work because they were considered unclean and dirty.

It is important for people to understand that menstruation is natural and it also forms the reason why women reproduce and give birth to babies. This is one reason why women should not be judged and discriminated for this blood loss. Not only is everyone’s cycle unique, but your periods can change and evolve over the years. Many women find that it can be a different experience each month, but some find it’s like clockwork, with the same symptoms and predictable signs. A woman who’s body does not support menstruation, cannot support the process of reproduction. Such is the essence and importance of this process among women. Thus, most women who are educated and know this fact, have been voicing against a practice followed in the very popular temple. More than anybody else, it is necessary for women to fight for their right than agree to such immoral concepts. Not only should women protest but should create an awareness to let other women know what they are being deprived of. Women have always proved the fact that nothing is impossible and that it is our birth right to enjoy the same respect in the society as men do. This is just another test that women will grow, fighting against it.