Living With Polycystic Kidney Disease (PKD) In India Can Be Harrowing, As The Experience Of Pragati Adhikari Shows

Are you a woman living with Polycystic Kidney Disease in India? There is not much awareness, the only treatment being symptomatic, followed by dialysis and kidney transplant. 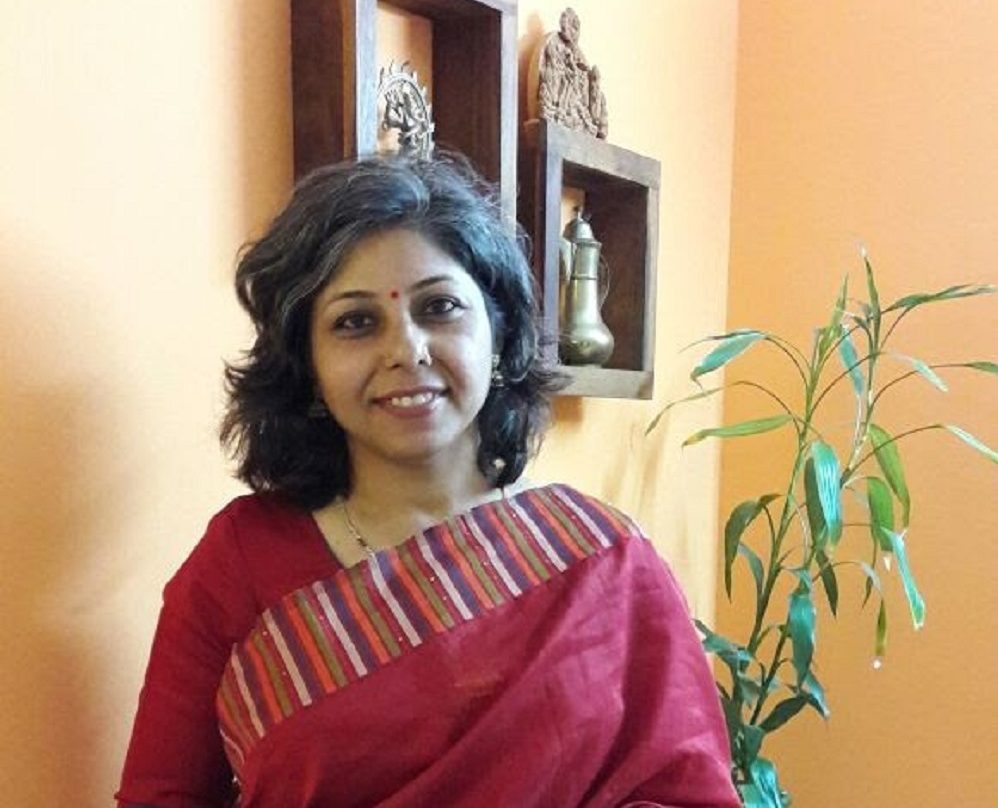 Are you a woman living with Polycystic Kidney Disease in India? There is not much awareness, the only treatment being symptomatic, followed by dialysis and kidney transplant.

Despite advances in the medical sciences in India and the world, there still remain a number of medical conditions and diseases that are yet relatively lesser known, primarily due to their rarity and/or complexity. One such condition is Polycystic Kidney Disease or PKD.

Occurring in 12.5 million people worldwide, this disease- a genetic condition in most cases- starts manifesting in adulthood. Although, it is seen in infants and young people too, this condition primarily develops (in susceptible individuals) after one has crossed the age of 30.

Polycystic Kidney Disease is a kidney disorder in which many cysts form inside the kidney, causing them to become enlarged, affecting their function. Persons suffering from PKD usually have many clusters of cysts inside their kidneys- the cause of which yet remains unknown.

I got a chance to interact with one woman who is suffering from this condition, and facing all odds that come along with it, and still going strong! Here is her story of living with Polycystic Kidney Disease.

Meet Pragati Adhikari, a 44-year- old Bangalore-based freelance counsellor working from home. Married, with two beautiful daughters, Ms. Adhikari is an inspiration for many of those who are facing difficulties in their lives yet choose to fight back, instead of giving in.

Even at the time when this interview was being conducted, she was travelling to an appointment with her doctor to discuss her surgery at Manipal Hospital, Bangalore. Yet she spared us her precious moments and agreed to talk to us.

Originally from Saharanpur, Uttar Pradesh, Ms. Adhikari has been living in Bangalore for the past 18 years. Among other things, she has done a PG Diploma in Design from NIFT and PG in Psychology. It was a chance finding during a routine sonography that led to her knowing that she had this condition during one of her gynaecologist visits.

There are a number of symptoms of Polycystic Kidney Disease which include abdominal pain and/ or tenderness, blood in the urine, excessive urination in the night, drowsiness, joint pain and nail abnormalities. Physical examination will show abnormal tenderness over the liver, enlarged liver, high blood pressure, growth of the kidneys and the abdomen and other forms of aortic or mitral insufficiencies.

In case of Ms. Adhikari, however, she had not had any symptoms that are attached to PKD. “It came as a shock,” she said. She further added, “This is a genetic disorder, capable of impacting one’s lifestyle and overall well-being in a big way.”

Like many other ghastly diseases, Polycystic Kidney Disease too remains incurable, as of now. “Even though new developments have led to some novel treatments, my doctors didn’t want to take a chance, seeing my age,” she said. So the only options that are left for her are kidney transplant and dialysis. “The treatment and medications are of course, quite expensive!”

Polycystic Kidney Disease doesn’t attack you alone. It can bring with it several other conditions, closely affecting the internal organs of one’s body. Chances are, if one is suffering from PKD, they may develop aortic aneurysms, brain aneurysms and cysts in liver and pancreas.

Currently being prepared for surgery, she also told us about the many precautions that she has to take now and would have to take after the surgery. “There are dietary restrictions. My diet has to be low on protein, potassium and sodium. I can’t eat anything and everything at my will- I have to use food drip,” she said. She has to take small portions of food and sometimes can’t eat, even if she is hungry, because nausea kicks in. 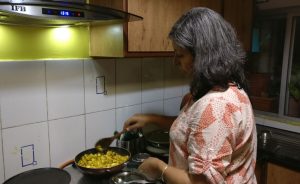 We also asked her if she is in touch with any NGO or Government organization that may be working towards spreading awareness about PKD. “No! There is no support in India!” she proclaimed. The general awareness about Polycystic Kidney Disease is next to nil in India. She is, however, a part of a (not Indian) Facebook group ‘Polycystic Kidney Disease Support Group’, where people suffering from this condition from all over the world come together and discuss their personal stories.

Her case becomes even more absurd, with the knowledge that no one in her immediate family actually had Polycystic Kidney Disease! So how did she get it? “Doctors think that in my case it may have happened due to some genetic mutation,” she said. So, unfortunately, there is still no clarity as to how she may have fallen prey to PKD. Fortunately, though, neither of her girls has this disease. Both of them have undergone scans, which did not show any chances of a developing PKD, though the future remains uncertain.

Living with Polycystic Kidney Disease is difficult, especially in a country such as ours, where not much is known about it, especially as a woman who may not usually expect special and expensive treatment in a patriarchal society. The general population is not aware that such a condition exists, and the medical professionals have yet not found a cure for it. The focus of the treatment of PKD is majorly about controlling the symptoms and preventing the complications. The only treatments are dialysis and/or kidney transplant and some medicines to relieve the pain.

We sincerely hope that Ms. Adhikari’s surgery bears fruitful results and that she, along with her family, enjoys a happy, healthy and successful life together!

Do watch this informative video on Polycystic Kidney Disease