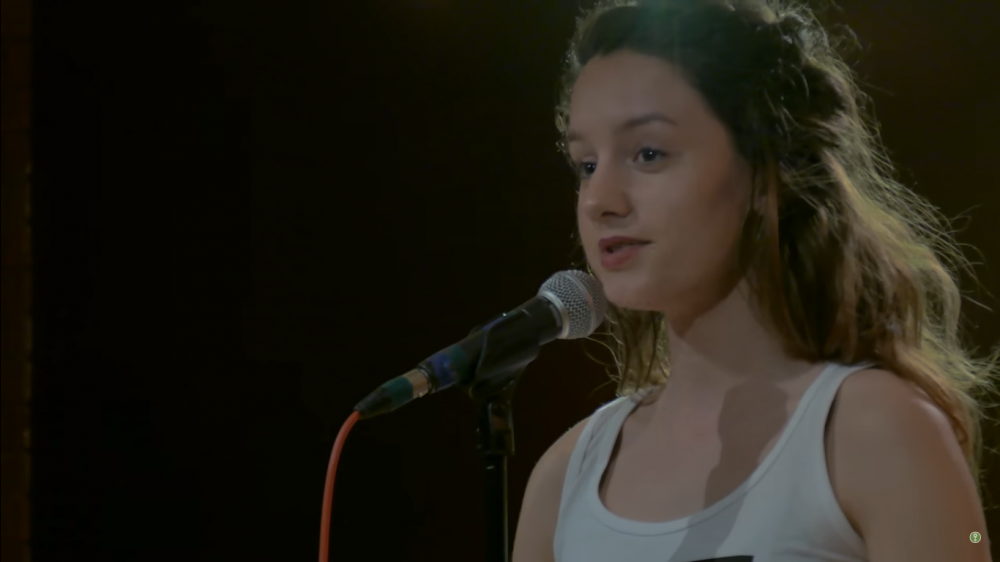 Olivia Gatwood’s ‘Ode To My Bitch Face’ is a two-minute slam poem that exposes how women’s bodies are constantly subjected to the approval of men.

Pursed lips, flaring nostrils, arched eyebrows and eyes filled with murderous rage which are enough to shut up an annoying person or silence a crying baby — we have all come to associate such a combination of our facial muscles as the ‘Resting Bitch Face’!

Needless to say, the usage of it is quite common and the implications yet more insulting. To address this, slam poet Olivia Gatwood, who writes odes to things she is, or for that matter, any other woman is, supposed to feel ashamed of, wrote one, titled, ‘Ode to My Bitch Face’. The wordings of the poem, and the equally strongly expressed emotions of the poet will force you to think twice before uttering the phrase again in the context of any woman in particular, or a person, in general.

Some people do have a deadpan expression or, the ‘resting bitch face’, in most of the situations. More often than not, you and I might get to hear that so-and-so was proudly flaunting their resting bitch face in front of a teacher or any other person with authority, just to annoy them by conveying a rebellious attitude. Gatwood, however, brings another dimension to it and focuses on how misogyny and objectification of women has been going on since the beginning of time. An expression like this is more or less like a liberation from all the expectations society (read, men) has from them.

Gatwood’s poem is not just mere words, it’s a collective voice and expression of all the women who at some point in their lives, used to smile as brightly as the sun and were full of life, but have chosen to curb their own emotions for fear that someone may just snatch it all away from them. So, the resting bitch face is not a lack of emotion, rather it is an expression that has so many feelings and a context attached to it.

A woman’s job is not just to sit pretty and make the world a better place by just looking beautiful. Each of us here, is in search for a reason, a context upon which to base our entire lives. So if my resting bitch face fails to convey that to you, it is on you, not on me!

16 Women Draw The Elephant In The Room: The Result Is Utterly Absorbing!

Oh, Honey, I Won’t Smile To Please Your Broken Values!