A Man’s Self Esteem [#ShortStory]

Why should a man's self esteem be damaged if he looks at his wife as an equal partner? Why does society expect that a man should 'keep her in check'? Why should a man’s self esteem be damaged if he looks at his wife as an equal partner? Why does society expect that a man should ‘keep her in check’?

“I don’t understand Bhaiya! Just who wears the pants in your house? Do you have any self esteem or not? Mummy and Papa had such expectations of you but you seem intent on smashing all their hopes and desires!”

On hearing these words from his younger sister, for a second Samay felt that all wind had been knocked out of him. He wondered if requesting his sister to visit him two days later than planned, since his wife’s mother wasn’t keeping well and needed some taking care of, warranted such a comment. But he collected himself quickly and instead of starting the same argument for the umpteenth time, he cut the conversation short by hinting that someone was at the door and hung up the phone.

Even though he wasn’t surprised by his sister’s comments, the conversation brought back a vortex of doubts for him.

He remembered how when his parents had first met Ananya’s parents, they had asked for money, gifts & favors in the name of the rituals a girl’s family is expected to do in a wedding. He had initially taken it lightly but the disgust in Ananya’s voice when she spoke about their demands had ensured that he put his foot down about any such requests being made. And that’s where it all had started.

Even though he had always visualized his parents as conservative yet contemporary, they had some very traditional expectations of their daughter in law and son post marriage.

They expected Ananya to hand over her salary to them, seek their permission before visiting her mother and ask for approval before making any purchases or investment decisions. She was expected to transform her wardrobe overnight and take a keen interest in domestic chores even though she did not enjoy them.

Raised as an independent, free spirited girl capable of managing all her finances independently and as someone who felt very responsible about taking care of her parents, Ananya could never align with such expectations.

What’s more, in spite of significant emotional black mail from his parents, Samay wasn’t ever inclined to push Ananya to meet these demands. He tried constantly to strike a balance by explaining to both sides the perspectives they were coming from, but he decided he wasn’t going to push anyone to do something against their wishes. His lack of insistence that Ananya conform to what his parents’ view of the correct behaviour of an Indian daughter in law was, had automatically made him an imperfect son. He wondered if his sister was right. Did he need to be more assertive and insist his wife toe the line his parents had drawn?

Thinking these thoughts, he walked out of the room and found his wife humming blissfully as she rocked their daughter to sleep. In an instant, he found that the only yardstick he needed was the measure of his hopes from the man who married his daughter.

He had promised to treat Ananya as an equal partner in life. She deserved that respect. And by ensuring he treated his wife right, he was setting the right benchmarks for his daughter’s choice of a life partner in future too.

Thinking back to his sister’s comment, he wondered why society, especially women, continued to thrust forth such archaic ideas about masculinity and self esteem. He didn’t need their approval. If he had low self-esteem, he wouldn’t have had the courage and self confidence to let his loved ones lead a life they aspired to.

Secure in this knowledge he drifted off to sleep, with a smile on his face and no burden on his mind, as soon as his head touched the pillow. 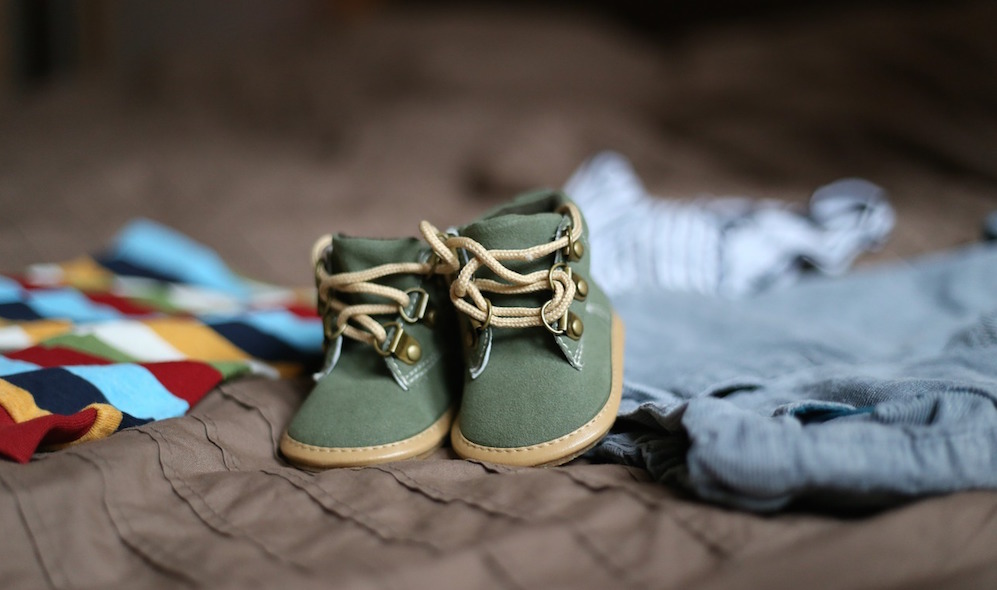 Half His, Half Mine: A Letter To The Child In My Womb