Women At Work Expected To Think And Act Like Men, Yet Be ‘Womanly’ Enough To Not Be ‘Intimidating’!

Women at work are expected to think and act like men to be taken seriously, yet be feminine enough so as not to appear 'intimidating'! 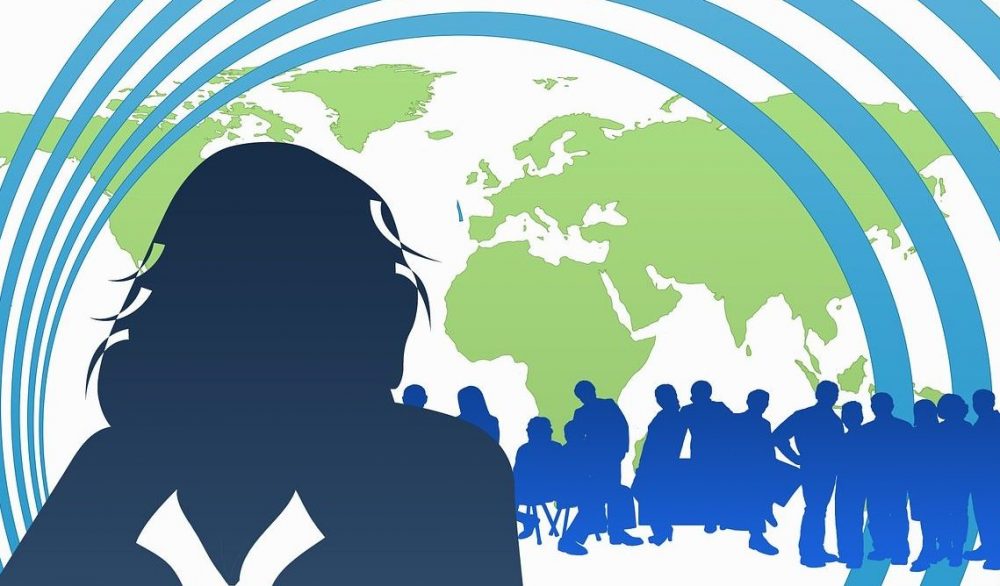 Women at work are expected to think and act like men to be taken seriously, yet be feminine enough so as not to appear ‘intimidating’!

How hard is it to be a woman in a professional environment? Do women get treated unjustly or is it just a myth? Do men behave differently around other men vs interacting with a woman when working together in the same team? From experience I would say the answer is… it depends.

A celebrity news anchor Gretchen Carlson recently came out in the open with a sexual harassment case. This got me thinking about my life as a female professional. Gretchen’s case was pretty unique in itself. The news media is a very uniquely tough environment to succeed in, which does not make harassment excusable – just not surprising. Hollywood also most likely works the same way.

However it made me think. As far as I have seen most female anchors are pretty good looking. I think it is statistically impossible for all anchors to be beautiful however the converse is perhaps more likely – that only good looking ladies are selected to read the news. So the bias does exist. But as I said the news media is sort of gimmicky in itself so maybe it is not fair to expect matronly or plain women to get a shot in such a pseudo-Hollywood-esque environment.

Now lets take another celebrity Carly Fiorina. She had a remarkable career as a female CEO of HP, perhaps one of the few female CEOs in her time. Granted she was not a huge success but she gave it her best shot. I don’t necessarily identify with her political ideology but one of the things she said in the debates resonated with me.

As a woman, she said she had to fight harder and bring a lot more to the table to get to where she ended up being than perhaps a man in her position. Now I am not any sort of expert on her life but I can believe that to make the initial breakthrough as a woman you have to fight harder and put yourself more out there than a man in the same position.

As a female professional in Silicon valley I never felt out of place or ‘in a man’s world’ when I started off my career. I think in terms of the work environment newbies pretty much get treated the same, man or woman. As a senior level professional now I still do not feel a bias in the way I am treated. However when trying to ascend to the next level of seniority the going does get tough.

To get to the next level, the advice I get  from men and women alike is pretty much the same. Get tough, smart and aggressive. Voice your opinions and market yourself. You are your best advocate. One of my close friends said it rightly, expecting your work to speak for itself is a utopian dream. In the real world it is your voice and your image that gets noticed. The work is important but it is not the only thing of importance it substantiates your marketability.

The roots of this thinking perhaps is still rooted in the primal nature of life. A few of us girlfriends were talking about this recently and one of my friends mentioned that ‘that’s how women and men are biologically’. Men are more forceful and women are not as much which shows in the work place as well. This is why men tend to succeed because they built the world to suit their style of thinking.

That is not to say that female objectivity means nothing but that’s how things are structured in society. In order to be noticed one must be noticeable which perhaps does not come naturally to all women. In a professional environment that means one must stand out by some other means other than just getting the job done. Although I can’t speak for all women many of us don’t know this or don’t accept this and therefore feel marginalized.

So basically with the above analogy one has to think like a man and act like a man without losing your female identity to go ahead as a woman. Thus this becomes the female worker paradox.

This makes sense in a way because historically in the civilized and developed world women started ascending to positions of authority only recently. America is on the cusp of electing its first female President. Granted they are a bit behind the times and Hillary Clinton’s ascendance to the role of President of the United States may not magically pave the way for other women to succeed after her but it might help to shake some gender stereotypes.