Jui Patil is an ambitious and successful entrepreneur, with her feet firmly entrenched in the world of architecture and her dreams eyeing the sky. 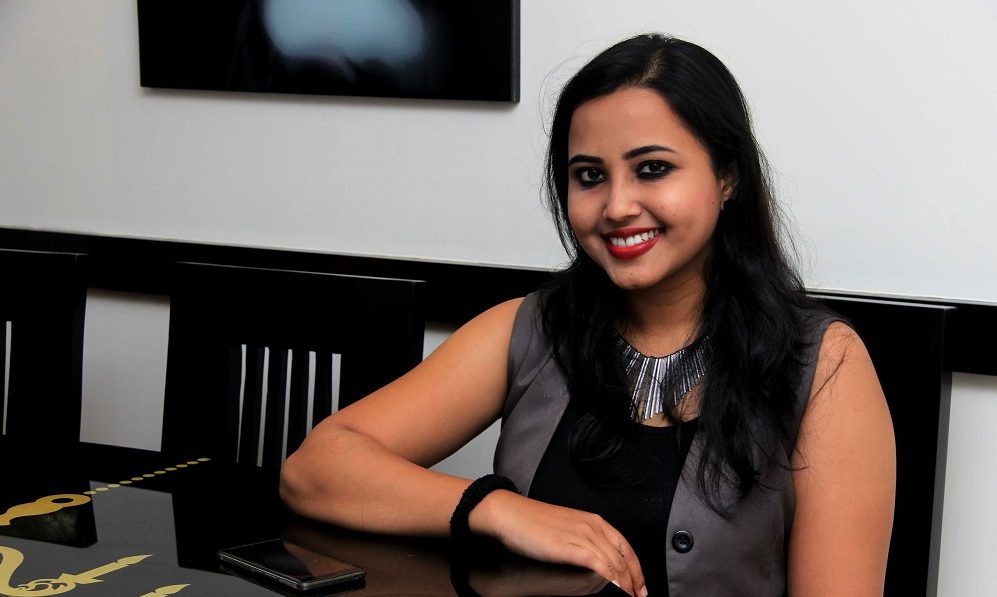 Jui Patil is an ambitious and successful entrepreneur, with her feet firmly entrenched in the world of architecture and her dreams eyeing the sky.

Jui Patil was recently covered in an interview with the ‘Humans of Thane’, which immediately spiked our interest in her as a prolific individual. At Women’s Web, we are always on the lookout for stories which inspire and challenge women to overshoot their limits and aim for the stars. So here goes her story.

Jui’s heart always lay in designing and architecture. Her formative years were peppered with instances such as curating a scrapbook with Interiors and Architecture related pictures and cutting open thermocol boxes to create miniature versions of living spaces. She religiously visited the public library and poured over issues of ‘Inside Outside’ and ‘Better Interiors’. She lived and breathed architecture and consequently, when the opportune time arrived, she majored as an Architect.

The inspiration behind the birth of JRarchitects

Unlike many others who are yet to find their calling in life, Jui Patil was extremely focused right from the start. She loved architecture and she clearly wanted to devote her life to it. Her ambition to make a definitive mark for herself combined with her passion for architecture and designing, spurred her to sow the seeds of her own venture, JRarchitects.

She is most joyous when she uses her creative senses to create something, akin to a mother giving birth to her child. Her firm deals with Architecture Designing, Landscape Designing and Execution projects primarily. It provides advisory services to construction companies in addition to being empaneled as Landscape Architects with the local Urban Municipal Bodies.

When Jui Patil started out, she had no network to tap into. Her father constantly worries as to how a lone woman can work in a field dominated by men. She admits that “His worry wasn’t misplaced”. However, by dint of her persistence and hard work, she started getting hold of quality projects across all budget ranges. Slowly and steadily, the testimonials started flowing in.

In the words of Jui, “I still remember those tears in my eyes after the completion of my first project at Powai and the appreciation I received from my client.” She also realizes that a house has a significant amount of sentimental value associated with it, and her satisfaction in helping her clients turn their houses into a ‘living paradise’ is simply unparalleled.

Validation of Jui’s work came in multiple forms. Her work was published in a Marathi local newspaper, followed by congratulatory messages from family, friends and clients alike. Jui recently received the ‘Thane Gunijan Award‘ from the Thane Municipal Corporation, as a testimony to the firm’s achievements in government projects. Her parents are extremely proud of their deserving daughter. Her plethora of clients end up giving the firm stellar testimonials and references, which keeps quality work in the pipeline. She wishes to implement projects on scale and also wishes to take up off contour, challenging sites for bungalow architecture projects. Her vision plan is ambitious and grounded, which is a rather potent combination.

Jui Patil credits her husband, Rajdeep, to continue to push and support her in her journey. All this while, Jui manages to get to work by 11 in the mornings after finishing her household chores, does her site visits and, structures designs and works non-stop till 8 in the evenings. And doesn’t forget to quip, “You won’t feel like you are at work when you follow your passion.”

As a woman who is self-employed in the business of construction, Jui is judged every single day. She was viewed in a rather flippant manner, and not as a goal oriented professional. This blatant form of discrimination bothers Jui no end, yet she chooses to take the high road and let her work do all the talking.

She also cites the shocking attitude of some clients who flirted with her and pursued her endlessly, demanding unnecessary site visits and meetings. She let go of projects when clients did not treat her respectfully and made sexual overtures. Such instances nurtured her steely resolve of never giving up.

Jui has managed to break free from the prejudices surrounding her, while being the first woman in her household to move out of the confines of her house and create her own space in this world with its misogynist underbelly.

Jui Patil is an inspiration to every woman. She urges every woman to never underestimate herself and drives home the point that women are not born only to cook and take care of the family. She strongly believes that every woman must be financially independent. And in this joyride called life, she says that, “It is supremely important to find a partner who supports your dreams and motivates you to rise higher.”

More power to you, braveheart!