Even when they travel with other women, they are considered to be travelling alone and unsafe! Here is the tale of a woman's trip to Vietnam. Even when they travel with other women, they are considered to be travelling alone and unsafe! Here is the tale of a woman’s trip to Vietnam.

Now that was the usual response I received from many people when they learnt that I was planning to go to Vietnam (a name that only rings the word ‘war’ for most people) for a vacation. Surprisingly, the fact that it was only the two of us going on the trip attracted more attention than the unusual choice of destination for the trip.

So I embarked on this journey with a dear friend of mine, Sakina, to fulfil our fantasy of travelling abroad together on our own! Two women venturing out ‘alone’ to tour a country named Vietnam evoked many jitters and qualms about our safety amongst people; our unusual trip idea made little sense to them.

So, on a late evening in Vietnam, while we were strolling on the streets of Hanoi, the capital city of Vietnam, we became the victims of a theft and ended up losing my smartphone. Here, there were no factors associated with us being women, that lead to the criminal act. On the contrary, at the time of the incident, we were also accompanied by a friend named Anuj who had decided to join us for a small part of the trip.

I must admit here that at the time of walking the deserted streets, I had actually felt safer from being three instead of two; moreover since the third company was of a guy. But alas! Wasn’t that a false assurance that I had given myself and which a lot of us do generally? Did his presence really prevent the thief from attacking us? An emphatic no.

Doesn’t this go to challenge the belief that women are safer in the company of men?

The thief seemed exceptionally efficient and experienced in snatching away a phone and I can bet on my bottom dollar that it did not matter to him whether I was a man or a woman. And whether I kept company of a male or a female friend was simply inconsequential. At best we can say that a large group of people is better off in situations endangering safety. The numbers can matter; but not the gender.

On our last day of the trip, Sakina and I decided to part. She caught up with an Indian friend living in Vietnam for dinner while I headed to satiate my shopaholic desires.

It was once again a late evening and this time I was exploring the city solo. I wanted to visit the Ben Thanh night market which was located at a 30 mins walking distance from my spot. I reached there partly by walking and partly with the help of a pretty young lady who was kind to take me along on her bike. From her I learnt that the market is prone to frequent thefts and that I must take good care of my belongings. Her warning immediately made me clutch my purse so tight – she caught my reflex action even while riding the bike and turned to ask me, “Are you scared?” Little did she know what I had already suffered back in Hanoi!

But by the last day of the trip, I believe I knew better about where I was going, how alert I needed to be, not to use devices like the phone or the camera on the road, be wary of the surrounding people. I did not get swayed by the colours and chaos of the night market nor become careless with the ‘oh-so-many’ shopping bags that I was happily loaded with.

When Sakina and I rejoined at night, she told me about how her friend and his son were attacked by thieves in a similar fashion like us in the night market. They were locals in the city but that didn’t save them, being ‘men’ didn’t come to their rescue nor did the father-son company spare them from becoming victims.

So whether you are a man or a woman, solo or a group of people, local or a foreigner – if you haven’t done your research well about the place you are going to visit or are careless about your belongings or take any wrong decision while travelling, you can indeed fall in trouble.

Later, on catching up with Anuj on his solo part of the trip, I learnt that he too, like us, struggled to explain to the Uber driver his pick-up location (because English was spoken rarely in Vietnam) and his mathematical capabilities too had improved with the constant mental calculations to convert Vietnamese Dong to US Dollars to Indian rupees!

As long as you are a traveller, you shall always face difficulties right from deciphering a new map, fumbling with novel currency notes, being alert for your safety, guarding your belongings, communicating in an alien language, adapting to a new climate, tackling prejudices of the locals towards a foreigner, appreciating cultural differences, etc. The challenges are endless; all of them remain the same regardless of you being a man or a woman.

And as far as travelling ‘alone’ is concerned, anyone who is passionate about travelling will agree with me that no traveller ever travels ‘alone’… He travels with his dreams; with an innate curiosity to discover the unknown; with a courage to expose himself to unforeseen experiences; with desires to try a new cuisine, wear a new apparel, make a new friend; with an adrenaline rush for adventures; with the wisdom to see the world from a different perspective and always, always with a heart that can never ever feel alone!

The beautiful landscapes… the crowded markets… the local folks… the foreign language… the war stories… the hostels and homestays… the unfamiliar roads of Vietnam – all of it held equal excitement, adventures, surprises, difficulties and learnings for our dear male friend and us – the two women who, as the people said it, had “dared to travel alone”.

So the next time around, if a woman tells you that she is travelling alone (by now we know what alone means here, right?), do not fear it anymore than you would when your male friends plan to set sails abroad, alone or not – does it matter, huh? 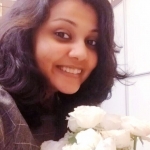